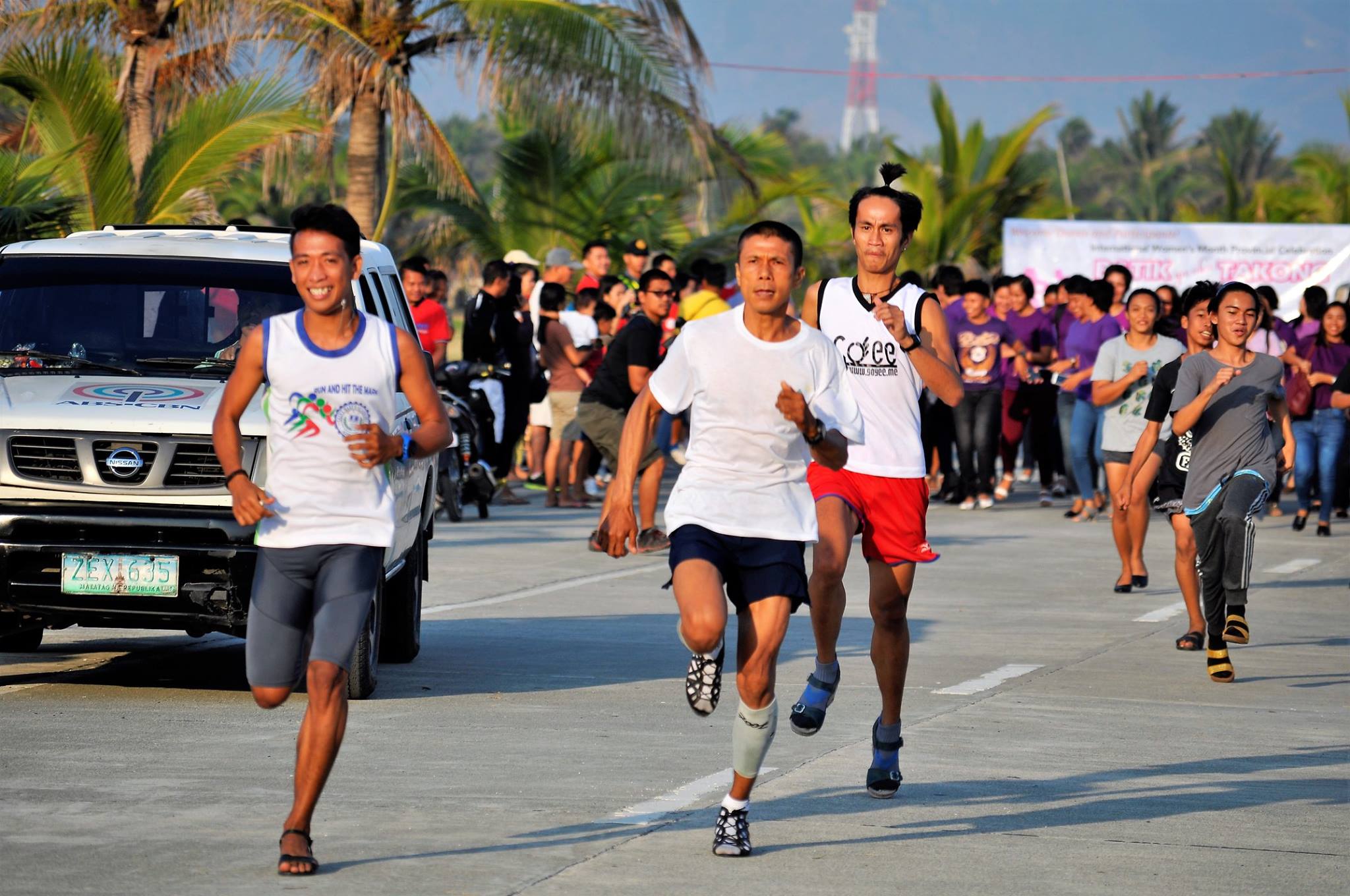 LINGAYEN, Pangasinan — The Junior Chamber International (JCI)-Lingayen Liberation II, in partnership with the provincial government of Pangasinan and the Pangasinan Police Provincial Office (PPPO), conducted the “Batik ya aka Takong,” a stiletto fun run, last March 23 in this town.

De Vera said the activity was also intended for men to know how difficult it is for women to be in their positions and how they have struggled to call for women empowerment and gender equality in a patriarchal society where abuse and discrimination among women are rampant.

The event was participated by more than 200 participants composed of lady police from PPPO, students from Pangasinan State University, women from different barangays in the municipality of Lingayen and some males in support to the call to end all forms of discrimination and violence against women.

Wearing their stilettos, the participants race from the I Love Pangasinan marker at the Lingayen baywalk going to the PPPO headquarters to showcase the strength of women and and how important their role is to the society.

Aside from the stiletto fun run, the JCI Lingayen Liberation II had its launching for the Pinay Power Project of JCI Philippines Area 1, Pinay Power Project Commitment Signing and a forum highlighting discussions on updates on women’s rights and gender and development mainstreaming held at the PPPO’s Magilas Hall.

JCI is a non-profit organization of young active citizens who are engaged and committed to creating impact in their communities.