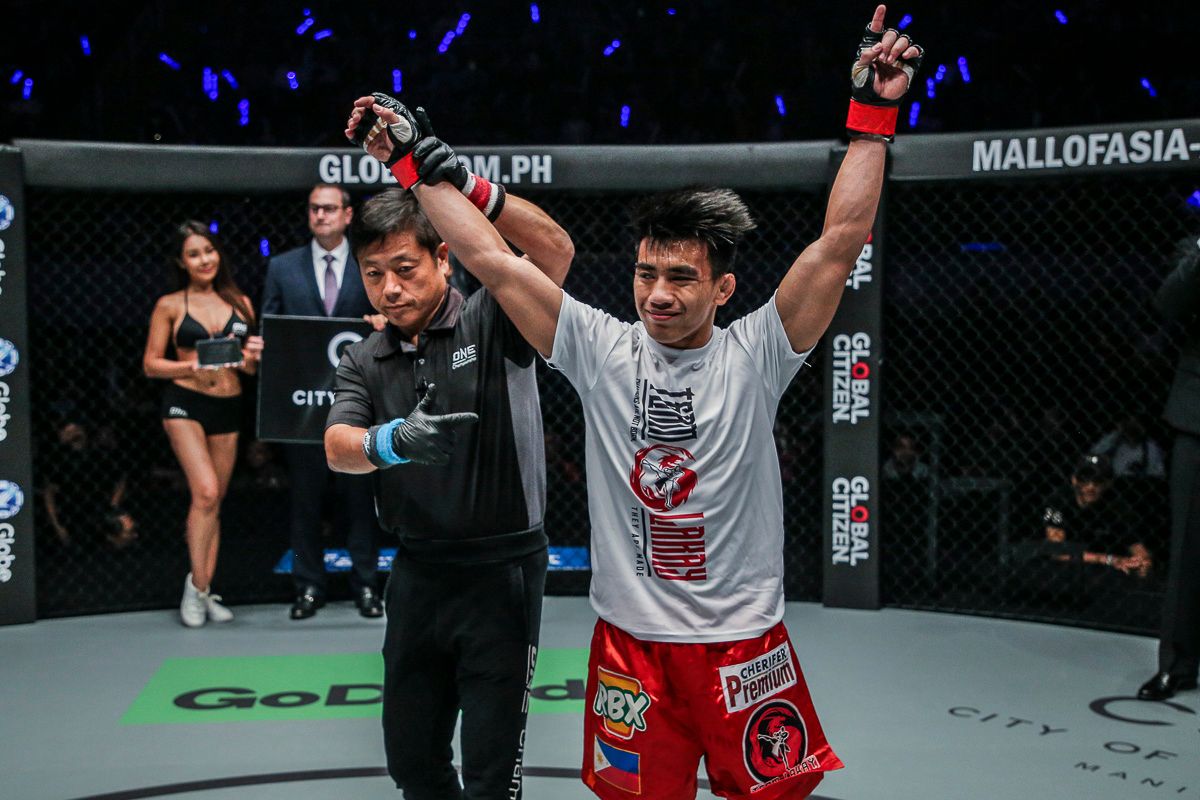 JAKARTA, Indonesia – Team Lakay strawweight and ONE World Title Challenger Joshua “The Passion” Pacio of Baguio City, Philippines is set to take on the toughest test of his career this Saturday night when he meets reigning ONE Strawweight World Champion Yoshitaka “Nobita” Naito of Japan for the second time.

The 22-year-old will compete in the main event of ONE: CONQUEST OF HEROES, going down at the Jakarta Convention Center on 22 September. By all accounts, Pacio appears fit and ready to deliver the performance of a lifetime. Here is what he had to say ahead of his second shot at the strawweight title.

“When this fight was announced, it came out of nowhere. I have always said that I would wait patiently for a title shot and face anyone that ONE Championship put in front of me. I have stayed true to my word and now, I’m ready to take on the champion again. There is a lot of talent in my weight class, and I know a lot of guys want a shot at the belt too. But I have been preparing for this moment since our first fight. It’s still fresh in my mind and I have done everything I can to improve my skills to I can claim victory this time around.”

“I think I will be able to shock him. I plan to show the champion that I am a completely different fighter this time. I have improved so much since we last saw each other, upgrading every skill on all fronts. My striking is more fluid now, my grappling is heavily improved. He should be prepared for what I will bring to the table. But knowing the champion, I can guarantee he is well-prepared and I have to be ready for the toughest test of my career. I plan to mix it up a lot more in this rematch and give him lots of different looks. One thing I can say is that I am a lot more comfortable going to the ground this time.”

“My mind is clear and calm. My focus is on bringing that belt home to Baguio City. I admit I was very young and inexperienced in that first title shot. It’s different now. Training with my Team Lakay brothers, they have molded me into a complete fighter and I am ready to showcase my skills. Winning the belt means the world to me. There are a lot of fans who look up to me and I can’t let them down. I have worked so hard over the last couple of years, now it’s time for harvest. I owe everything to my teammates, to God, to the fans, and everyone who has shown their support. Winning this title is a dream come true and will be the start of a new chapter in my career.”

Pacio takes on Naito at ONE: CONQUEST OF HEROES, set for Saturday, 22 September at the Jakarta Convention Center in Jakarta, Indonesia. Also on the card is local martial arts hero Stefer Rahardian, who takes on China’s Peng Xue Wen in the co-main event. (ONE Championship)