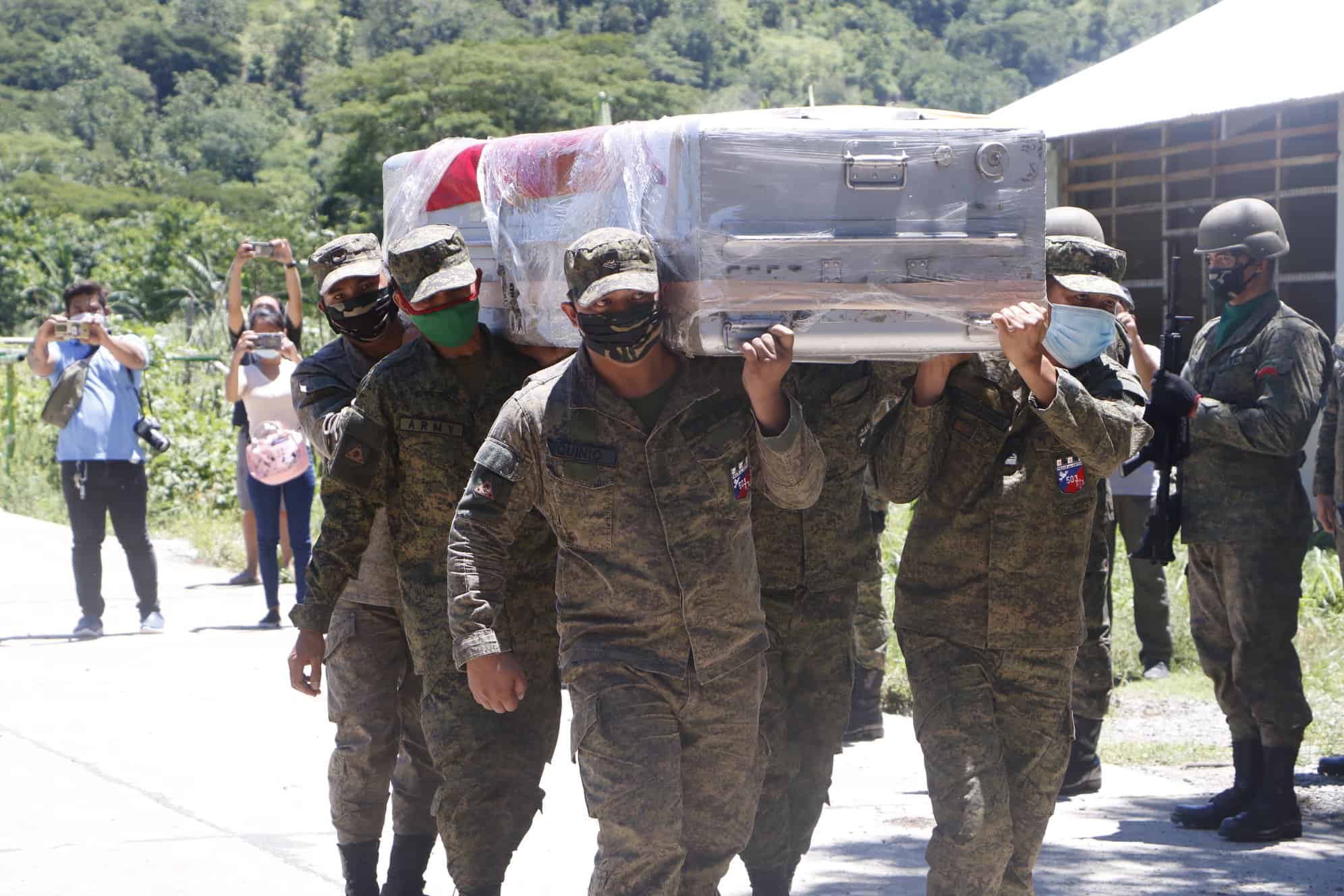 BAGUIO CITY — Tabuk City, Kalinga residents queued along the highway on midday Friday, July 3, to give a hero’s welcome and pay their respects to slain Major Marvin Indammog.

Indammog, a native of Tanudan town, was one of the four Army intelligence operatives who were tracking two Abu Sayyaf bombers when they were shot by cops near a checkpoint in Jolo, Sulu on June 29, 2020.

The police claimed that the slain soldiers engaged them in a shoot out.
The police earlier claimed that it was a misencounter, but the Philippine Army said the soldiers did not fire any weapon.

The body of Indammog was first brought to the Libingan ng mga Bayani in Taguig City for a wake together with the two other slain soldiers Managuelod and Velasco, while Asula was buried earlier In Jolo in accordance with Muslim tradition.

The Scout Ranger Alumni Association – Kalinga Chapter called for the residents to stand along the highway from Barangay Calanan until Purok Uno, Bulanao, Tabuk City, to pay their respects to Indammog.

The remains of the military officer arrived via a Huey helicopter at around 11:00 a.m. Friday at the headquarters of the 503rd Brigade Philippine Army.
The Scout Ranger association demanded justice for their slain officer. ●