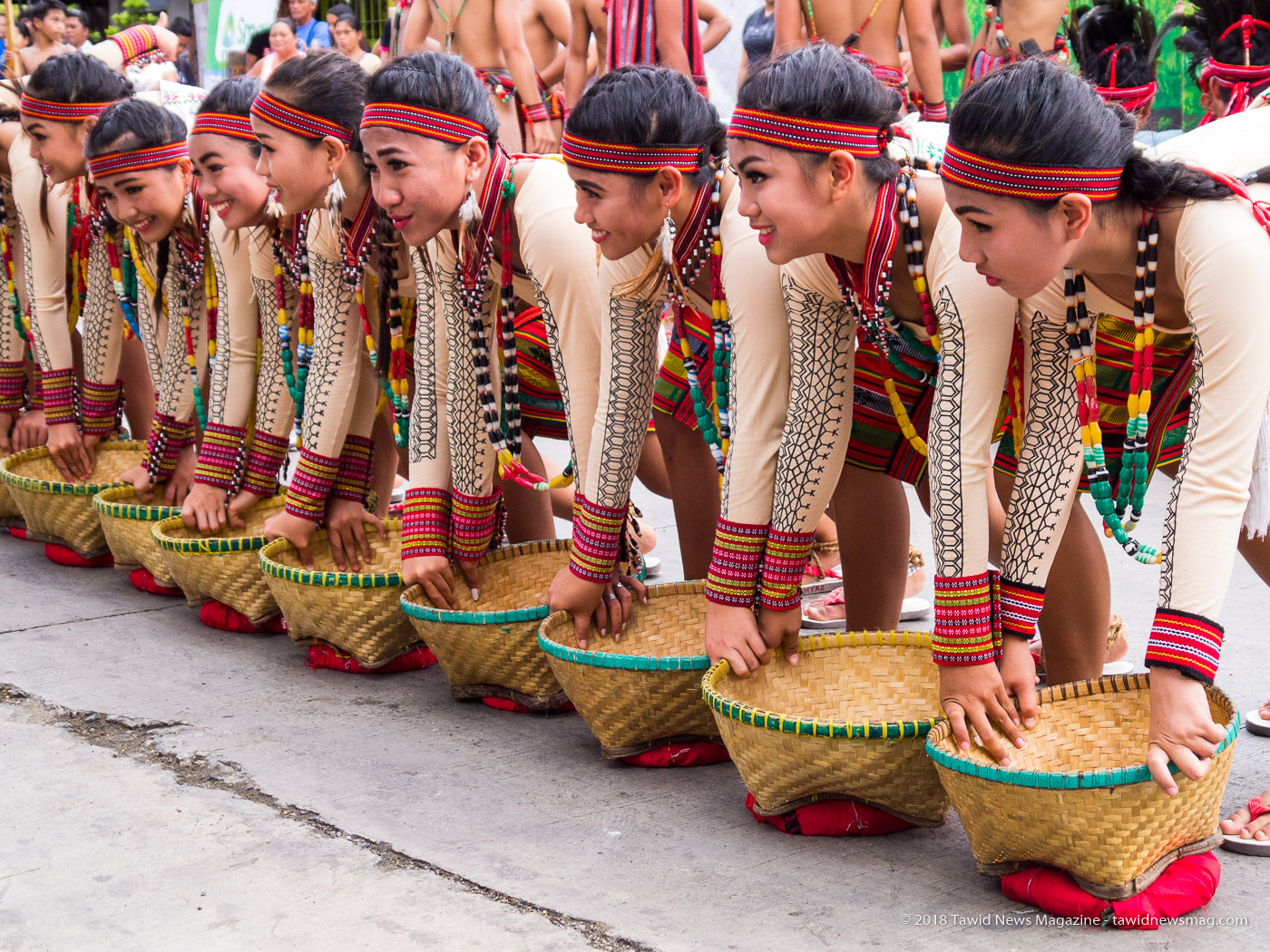 VIGAN CITY – The old and the new in Ilocano culture are both featured in this year’s Kannawidan Ylocos Festival, the festival of Ilocos Sur that celebrates its being a separate province from Ilocos Norte, and its being a treasure chest of traditions and culture.

Held in this city on Jan. 28 to Feb. 17, the festival opened with the residents’ expression of gratitude to the blessings of God on Jan. 28.  Government workers from national and local offices, public officials and members of non-government organizations united in the Holy Mass concelebrated at Saint Paul Cathedral in this city, and the procession afterwards. As people of faith in the Christian world, Ilocanos gather in their religious events on special feast days of patron saints.

During the opening on Jan. 29 of the festival in barangay Tamag in this city which was formally declared open by Gov. Ryan Luis V. Singson, an ethnic dance called “tadek” was performed by 100 students of grades seven to 12 and teachers of San Emilio National High School, of the mountainous town of San Emilio in the second district of the province. This was the opening ritual. And some of the students continued to tadek during the formal opening of the food, trade fairs and exhibits.

Gov. Singson acknowledged the help of the Department of Education (DepEd) in the conduct of provincial activities, especially the biggest sports event last year, Palarong Pambansa.  He reminded the teachers who attended the first day of the festival that the event not only showcases their history, culture and traditions, what they are as Ilocanos, but it also reminds them that on February 2, 1818, Ilocos Sur became an independent province. And this year is the 2001st anniversary.

The Dep Ed Ilocos Sur Division leads the education days where thousands of teachers joined, and hundreds of students performed folk dances, and folk songs through rondalla and chorale competitions. Gemma Tacuycuy, the schools division superintendent said that DepEd is thankful of the festival which gathers the students and teachers to preserve, cherish and promote Ilocos Sur’s indigenous culture, folk music and art.

The other ancestral cultural activities in the festival include the zarzuela show, traditional games and pallot or cock games.

The festival is also a show of the province’s trade and agriculture products and is a livelihood training ground for women and students through the Department of Trade and Industry and Department of Agriculture.

In the festival the Provincial Government recognizes outstanding performances of schools, local government units in barangays, towns and cities for the Siglat (outstanding school) Eskwela Awards, Siglat LGU Awards, Siglat Sangguniang, and the most prestigious award given yearly, the Father Jose Burgos Awards.

Every Father Burgos Awardee is chosen because he or she is the epitome of the excellent qualities of Fr. Burgos as a Christian Catholic, as a Filipino and Ilocano. Fr. Burgos of Vigan City was one of the three martyred priests during the Spanish regime.

It is also the festival of the arts in consonance with the National Arts Month in February.  Focusing on the rituals and traditions of the Ilocanos, grade school to college students compete in photography; T-shirt design (computer-rendered, and manual); souvenir making in wood, bamboo, buri, shells, and clay; on-the-spot event using any medium, painting for 18-35 years old, and comic strip drawing.

The abel Iloco is also given the spotlight during the fashion show, the evening gown competition of the Search for Saniata, and the period dinner and Fr Burgos Awards night at the famous Calle Mena Crisologo, named after the provincial governor from 1901 to 1906, Mena Pecson Crisologo, a great Ilocano writer.

The young and old come together in their respective groups during the Titong Singson Leadership Congress and the Barangay Health Workers Congress. There’s the Gawad Titong Singson awarded to outstanding young leaders, and achievers of the province; and the Sangguniang Kabataan Gala where the SK members in the province show their support to Ilocano culture.

Remnants of the good olden days are shown through the vintage car, motorcycle and bicycle parade. And this year the senior citizens are given one day to celebrate their achievements and their simple but contented lives.

Meanwhile, the province’s LGBT will have their night not only to celebrate their culture but also to shout out their advocacy to prevent the spread of HIV-Aids.

To show how aspects of the culture of the people of Ilocos Sur have evolved through the years, the festival offers  these activities to the new generation:  dance craze, battle of the bands, Mr. Kannawidan muscle showdown, Search for Saniata, car and motorcycle show, street dancing and showdown that show off the one-town-one-products (OTOP) of the 34 towns and cities of the province, horse racing, chef wars, rodeo fiesta, game fowl and pigeon expo, rhythm festival, 3rd Gov Ryan Singson Motrocross Cup, Kannawidan Mini Fwd Race, karambola, and drag race, among others. ●