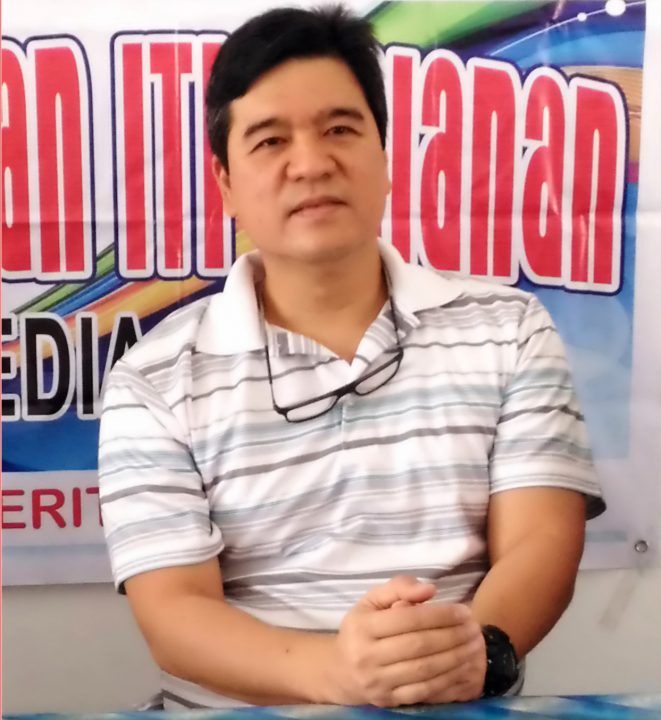 SAN ILDEFONSO, Ilocos Sur – Mayor Mark Purisima of this town has assured his constituents that all visible projects seen within the vicinity of the municipal hall including the airplane attraction north of it will all be finished this 2018.

“The reason why these are still ongoing is the very slow release and approval of fund allocations in order that the municipal government can finish its programmed projects faster,” he said during a Kapihan Iti Amianan Media Forum last March 31 at the town hall hosted by panelists from the Ilocos Sur Integrated Press, saying there are too many pre-requisites before the funds are released.

“This should be one thing the national government should look into. After all the project listings, we were required again to submit the program of works and then next will be the bidding. After the bidding comes the rainy season and that would again derail works, especially the painting processes,” he said.

He said that in previous years, the town received only very minimal funds.

“It’s only now that we are granted P90.5 million plus another P2.6 million. Previously, we were receiving only P6 million or P7 million and the biggest was P8M, and we have to spend these funds first for the welfare of our people. We cannot let these funds stay here at the municipal hall,” he said.

He also said that once all projects are done, there will be a restaurant at the airplane area and a food court at the Land Transportation Office (LTO) site, anticipating the arrival of more government agencies and where all town products will also be displayed and sold including that famous malunggay ice cream that the town is known for. He said that San Ildefonso is more than willing to give land area to any government agency offices that would come to the town owing to the congestion of Vigan City.

He also announced the acquisition of a 1-hectare lot in Barangay Kinamantirisan which will become the permanent town dumpsite. He also expressed the town’s readiness to host some of the Palarong Pambansa games.

On the issue of political dynasty, he said he is neither in favor nor against it.

“Is it democratic for one to prohibit a member of political family to run for public office? It is the right of everyone to serve and it is the people who decide. What we need is an educated people and once they are educated, they are less inclined to asking help from their political leaders,” he said.

As a lawyer, he said it’s about time to revisit the constitution of its flaws especially when it comes to national economy.

“We are already left behind when it comes to foreign investment. Our constitution has a lot of restrictions on foreign investments and I think it’s about time there are amendments,” he said on the issue of federalism.

On the issue of Chief Justice Ma. Lourdes Sereno’s impending impeachment case, he said that her impeachment is possible.

“It’s a number game, however, it’s not a very good international sight because the Supreme Court is supposed to be the last bastion of justice,” he said.

A lawyer by profession, Purisima is now serving his last term but he expressed optimism that former Sangguniang Panlalawigan Member (SPM) Chuchi Purisima will run for the mayoralty position in the incoming 2019 elections.

Asked on his political plans, he said that should there be elections and former SPM Chuchi wins, he said he is more than willing to become the municipal administrator with a salary of P1 a year.

“In that manner, I will be able to see to it that all town projects will be implemented,” he said.