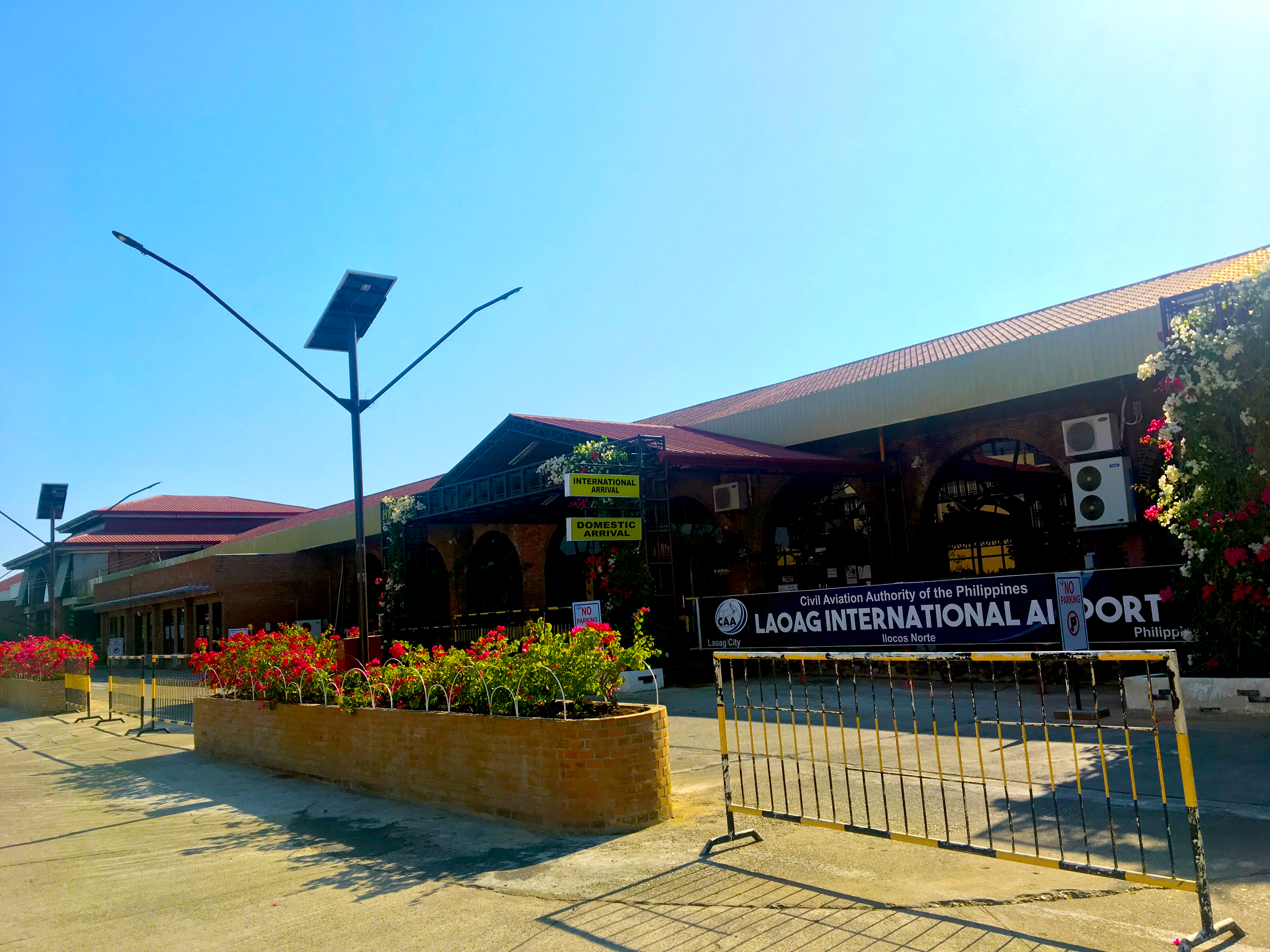 The Laoag International Airport (LIA) of Ilocos Norte earned second runner-up “Green Airport” among international airports operated by the Civil Aviation Authority of the Philippines (CAAP) last month, highlighting the province as a hub for renewable energy and eco-friendly practices.

LIA is the only airport in Ilocos Norte and geographically the northernmost airport in the entire country. It is a popular gateway for Chinese tourists to the province, and averaged almost 185,000 passengers per year between 2010 and 2016.

The contest was part of the 10th anniversary celebration of CAAP, underlining the theme, “Excellence in the Skies.”

According to him, criteria for the selection were green airport promotions, or the inclusion of ornamental and flowering plants within the airport compound; management of electrical power utilization, such as the use of renewable power sources; and water management, including waste segregation.

“If you see our streetlights, they are solar,” Estabillo said, adding, “we’re also thankful to the Provincial Government, because they are behind the improved landscape and they are the ones who sowed the plants here.”

Estabillo also shared that LIA had recently earned a temporary Aerodrome Certificate, which had taken almost two years of preparations and internal audits.

“This basically means that we have met international standards for aircraft and airport safety and security,” he explained, saying that the certificate could be likened to certification by the International Organization for Standardization (ISO), which the Provincial Government of Ilocos Norte (PGIN) had earned top-to-bottom early last year.

He said that the only hindrance to LIA being granted the long-term certificate was their lack of land area south of the runway, which is standardized at 150 meters on each side.

“We have already set mitigating actions for us to meet the standard for our airstrip,” he assured, such as coordination with pilots and airlines to ensure consistent implementation of safety and security procedures.

As to the lack of land area, he shared that the project to purchase more land and comply with the requirements of the long-term Aerodrome Certificate would be implemented through a memorandum of agreement (MOA) between the Department of Transportation (DOTr) and the PGIN.