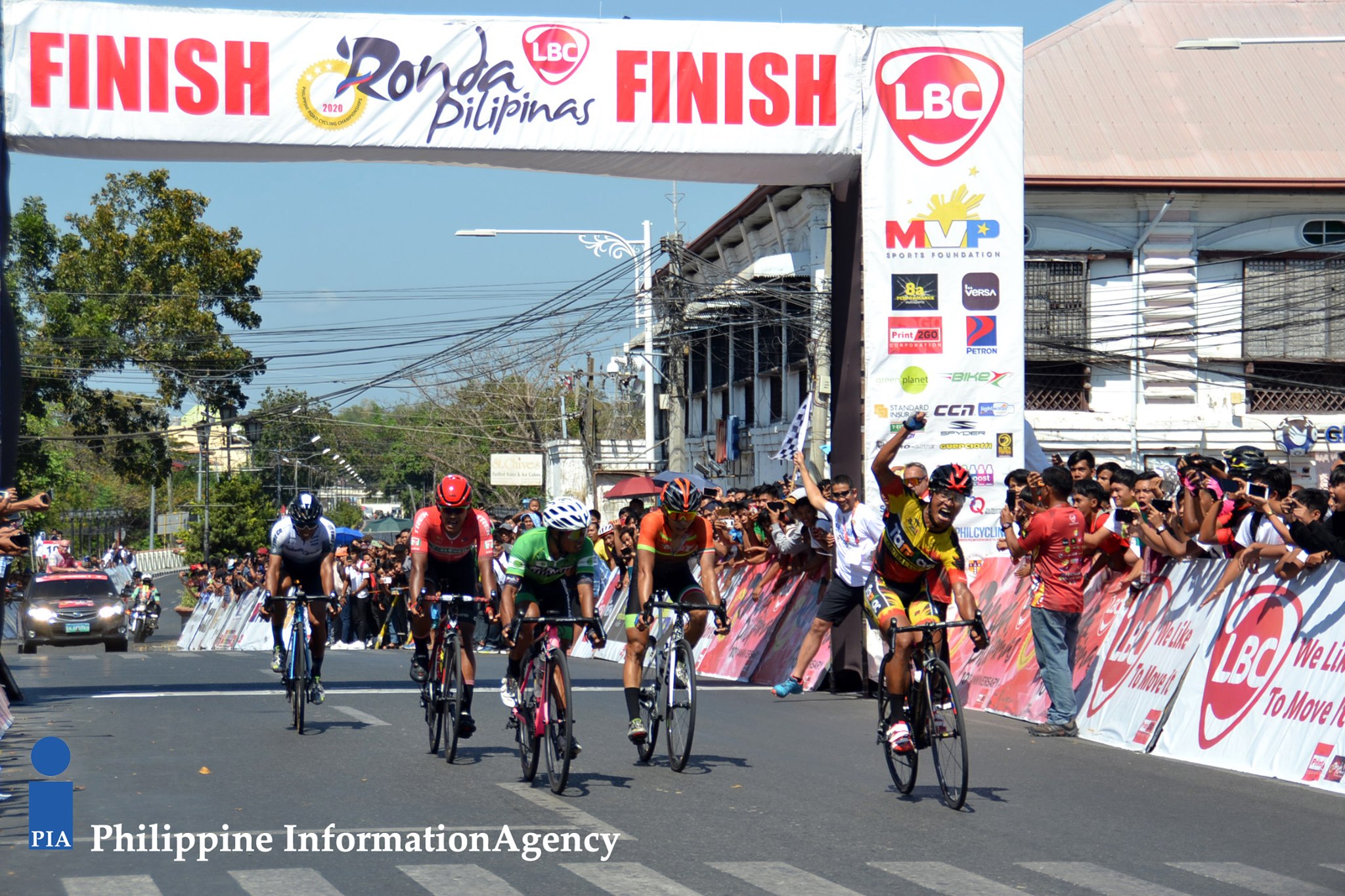 Kenneth Solis of Team Tarlac pumps his fist in celebration for his lap victory as he crosses the finish line in the penultimate Stage 9 of the 2020 LBC Ronda Pilipinas on Mar. 3 in Vigan City. The annual professional road cycling competition kicked off on Feb. 23 in Sorsogon and concluded in Vigan City on Mar. 4 where George Oconer came out the eventual king of the race that took 11 days and covered 14 provinces. Oconer’s Standard Insurance-Navy was team champion. This year’s edition of Ronda Pilipinas reverted to an All-Filipino competition in order to attract more cycling enthusiasts in the country, especially among the youth. The champion took home the top purse of P1 million. (photo by PIA Ilocos Sur)