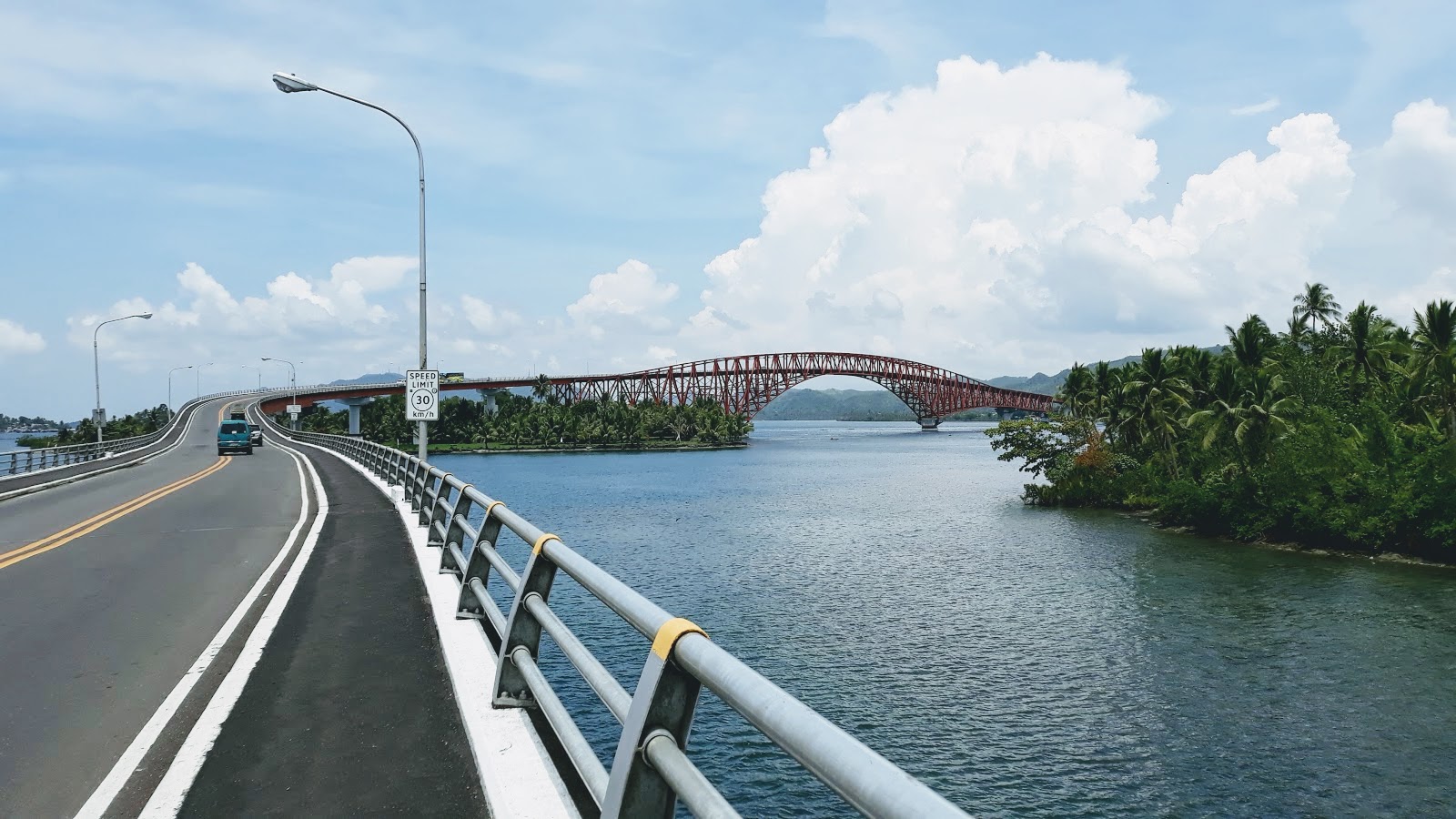 Okay, so we landed in Tacloban (it’s in Leyte) and looking out the airplane window, I could see… NOTHING. Yep! That’s right, nothing. Just flat plains ahead of us, but for some reason my mom still wanted to take a picture of it…

Dad picked us up from the airport and we drove to this restaurant called Ocho’s where we ate dinner. It was a seafood-and-grill type of restaurant, so we just ate grilled squid, seaweed, rice and shellfish soup.

We spent the night at my dad’s quarter in Camp Kangleon.

We got up early and packed some of our things because we were going to Limasawa island. It took us three whole HOURS to get to the town of Padre Burgos then ride a boat to Limasawa, but before that we had to eat lunch first.

We boarded the boat and after 30 minutes at sea, we arrived in the island. We checked in this hotel then immediately changed into our swimsuits. We went out to swim at the beach in front of the hotel, where we found lots of shells.

When it got dark, we went back to the hotel, bathed, changed and went downstairs to eat buttered chicken. The chicken was great!

Today, we toured around Limasawa island.

First, we went to the National Shrine where the first Mass was held in the Philippines on March 31, 1521 which was an Easter Sunday.

Then we walked up 450 steps to the top of the hill to Magellan’s Cross.

Then, we went to the Dakdak Beach which was a bit rocky where we saw fishes, but there was also a nice and sandy part.

After that, we went back to the hotel to change and eat lunch. Then, we returned to Tacloban City.

Today we went to Samar and crossed the longest bridge in the Philippines, San Juanico Bridge. We crossed it four times to take a LOT of pictures!

We also went to see the Balangiga bells in Balangiga, Samar.

We also went to San Juan by the Bay in Sta. Rita, Samar where we crossed a bamboo boardwalk that was 400 meters long. After crossing, we went back to Tacloban City.

Then we walked to the MacArthur Landing Memorial National Park, but sadly, we didn’t get to see him because it was under maintenance.

So, today me and my mom drove to Palo Cathedral where Pope Francis held the mass after typhoon Yolanda, by ourselves because my dad was in a meeting.

We were about to drive to Brews + Breakfast Fusion Coffee to have… well… breakfast, but, my dad called us and told us to pick him up already so we did.

He drove us to Leyte Park which overlooks San Juanico Strait and San Pedro Bay so we could eat brunch (because we still didn’t have breakfast!).

After that, we passed by the Madonna of Japan. Then, in the afternoon, me and my mom drove across the San Juanico bridge again two times!

Then, we went back to the Ambassador Hotel to check in.

Today, we woke up late, ate breakfast, checked out of the hotel and went to Robinsons mall where we watched the movie “Men in Black.”

We had snack in Brews + Breakfast Fusion Coffee then went to the airport for our flight back home.●

Monique Espejo Torina is the granddaughter of the late Salvador Espejo, founder of Tawid News Magazine. She is 11 years old and studies at Saint Paul, Pasig City.