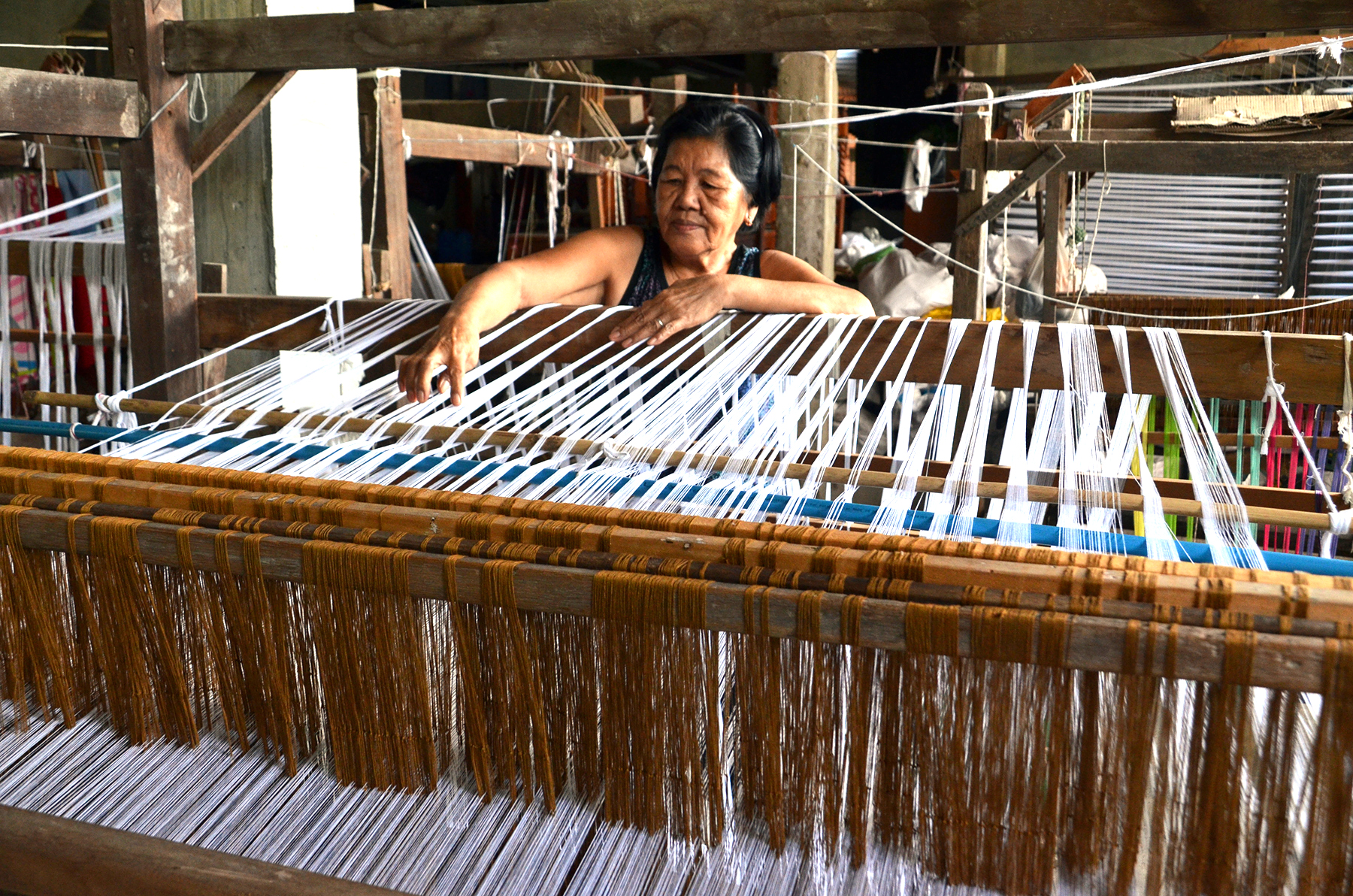 BANGAR, La Union – There might be some challenges that arise on the art of weaving which are brought by modernization and technology but the loom weaving industry endures as it is still the source of livelihood in La Union.

For Tita Dacio Nogueras, 63, of Barangay Central West 2, Bangar, La Union, the traditional loom weaving industry will continue to exist as long as there are people who have interest and have passion in the art of weaving.

Manang Tita, as she is more popularly known, is a veteran loom weaver here who owns and operates the Nogueras Weaving – one of the local suppliers of high-quality handwoven cloths in the local and international market.

“Loom weaving is our cultural heritage and this will remain as a source of livelihood of the residents even in the future as we continuously encourage and train the young generation,” she said.

“Loom weaving needs the values of creativity, patience, and industriousness to craft the attractive clothing designs that capture the interest of our customers,” she added.

According to Manang Tita, she inherited her weaving skills from her parents who sourced from weaving her schooling until she finished her college degree in Education.

In 1981, with eagerness to earn a better income for her family, she worked as a domestic helper in Kuwait where she met her husband Felipe, a car painter who hailed from Pasig, Manila. After three years, they went back to the Philippines, tied the knot, and started their family in Barangay Central West 2, this town.

But instead of returning as an Overseas Filipino Worker (OFW) after getting married, Manang Tita stayed in her hometown and pursued her passion for weaving. Only her husband went back to Kuwait to add income for their family.

With meager savings, she started loom weaving in her home with one traditional loom weaving machine which she purchased in 1984. Since then, she started producing inabel products such as blankets, pillow cases, table runners, pillowcases, shawls, bed sheets, hand towels, and bath towel.

Admittedly when she was starting her business, she said she earned a “break-even income” as there was a low demand of abel products.

But, in 1993, she expanded her loom weaving business to address the booming demand for inabel clothing from Ilocos. She bought another machine, built a factory house, and hired six helpers paid on a daily production basis. Her husband also returned home from abroad and helped her establish their “Nogueras Weaving” enterprise.

“The income we earned from our loom weaving helped us to send our three children to reputable colleges in the country,” she said.

“Our children, who are now working abroad, helped us in building our concrete house and in purchasing our service vehicles,” she added.

At present, she considers loom weaving as a lucrative source of livelihood only if those who want to engage in it have patience and perseverance.

“As of this time, we earn at least P150,000 annual average net income from our loom weaving venture,” said Manang Tita.

To further sustain the traditional loom weaving industry in La Union, she suggested that the local government units (LGUs) should continue giving assistance to the local loom weavers.

The municipal government also availed of the Shared Service Facility (SSF) program of the Department Trade and Industry (DTI) for the provision of nine units of loom weaving machines with accessories worth P630 000.

The Bangar loom weavers also received P2.2 million from DTI under its Bottoms Up Budgeting (BUB) Project: Loom Weaving and Development Program Enhancement of the Bangar Loom Weaving Industry. The budget was used for skills enhancement training, procurement of raw materials for the local loom weavers, and for the product promotional advocacy activities.