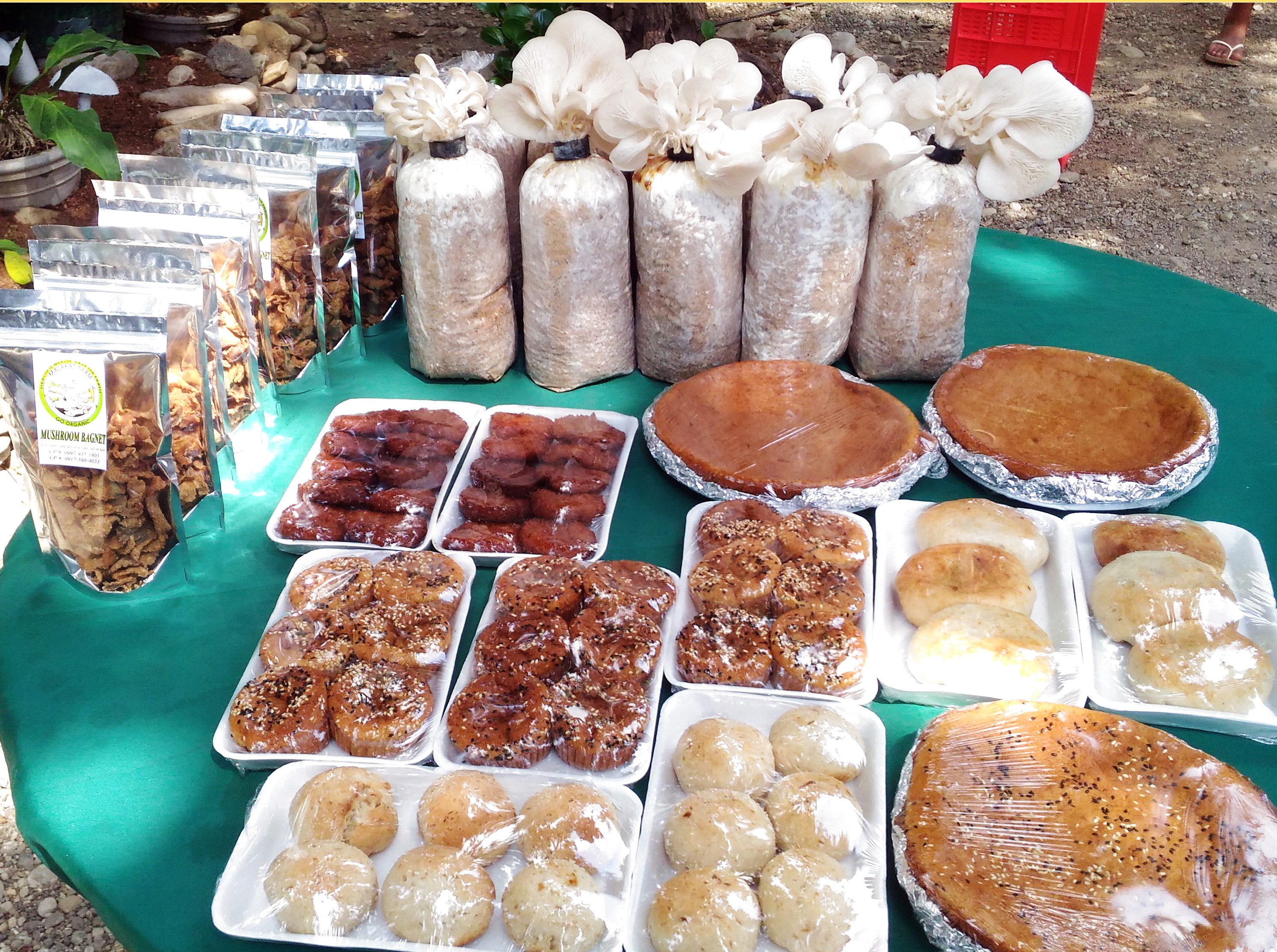 SAN JUAN, Ilocos Sur — Meet the only hi-tech organic mushroom farm in the province, or even in the region or country perhaps.

This town’s Malakas Integrated Organic Farm has gone a long way as it developed anew technologies that boost its production of organic mushroom and mushroom byproducts such as bagnet, burgers, siopao, bibingka, pan de sal, cake and siomai­ – all made of mushroom.

In an exclusive interview with the Ilocos Sur Integrated Press in Sitio Malakas, Barangay Muraya, San Juan, Ilocos Sur over the weekend, Malakas Organic Farm Manager Robert Viloria said it has acquired a new steaming facility for fruit bags that can sterilize at least 4500 bags at a time that costs only P1000 compared to its old method of using firewood which could sterilize only 1,200 fruit bags that cost P8000.

“Aside from this, we have designed a new kind of solar water pump that will supply water for our aqua-culture in the production of white tilapia and hito where the funding comes from a grant by the US Peace Corps.You see, we are going hydro and agrophonic,” he said.

Viloria also presented the farm’s mushroom byproducts produced in their new processing building which are ready for commercial sales and will help in the employment of people.

“Practically, everything here is organic. We produce our own organic fertilizers using a variety of earthworm called African Night Crawler. Our organic fertilizers are very saleable at a very reasonable price. We don’t use feeds for our native hogs and fowls here, too. They just naturally feed on greens all around,” he said.

To cap things up, he said that he has acquired from the TESDA a National Certificate II that will soon open the farm as a learning school for those who like to produce organic mushroom and its byproducts. Viloria’s production team is composed of Christopher Viloria and Jack Peneyra (Mushroom Production), Mary Joy Peneyra (Processing Manager), Mabelle Tabil (Mushroom Bagnet Production) and Jake Asuncion (Pastry Chief).

As one of the town’s tourist attraction, Viloria said he accepts tourists to tour the farm on scheduled basis. He can be contacted at 0917-568-4053.