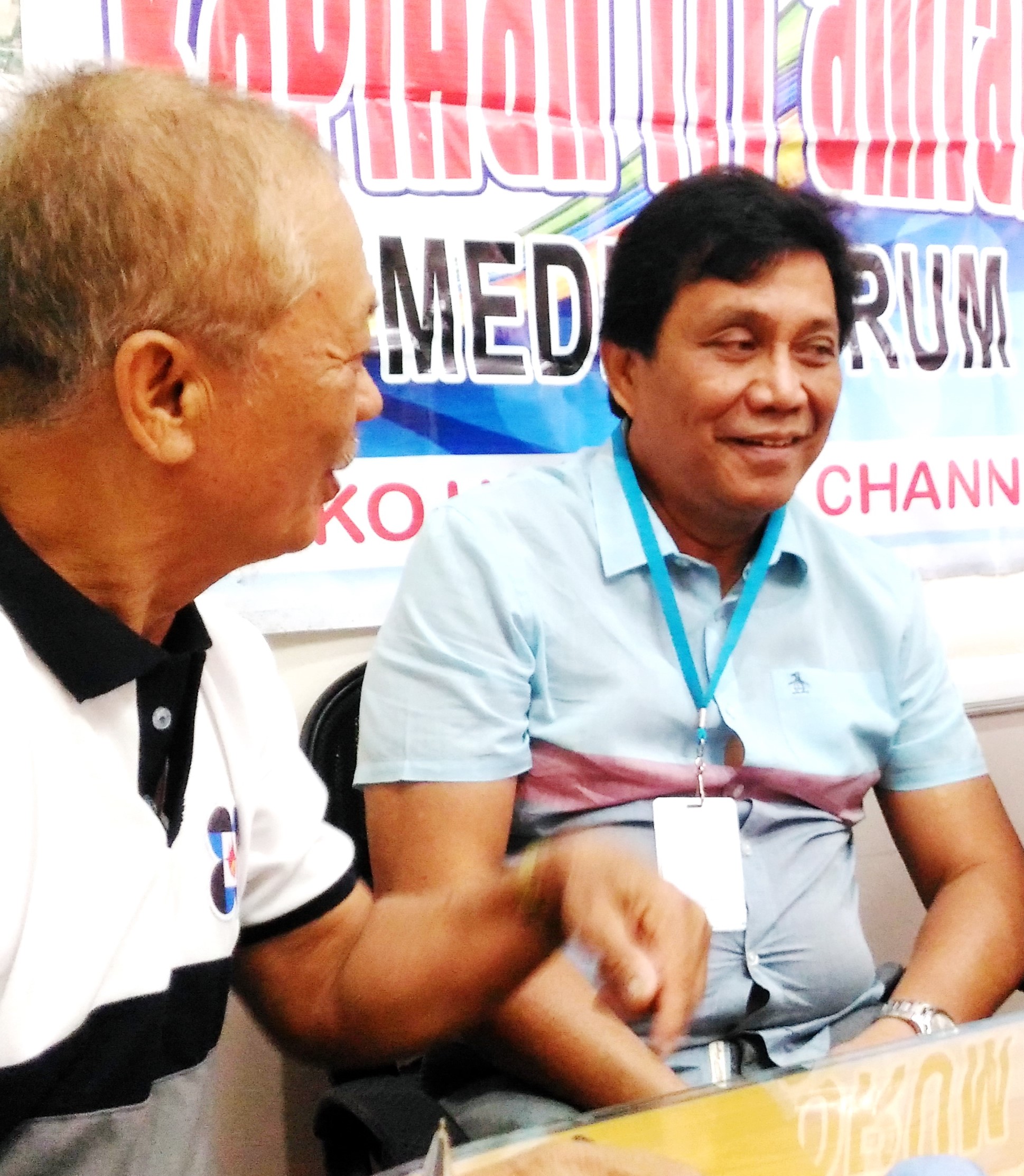 STA. CATALINA, Ilocos Sur –Meet the only Ilocos Sur mayor who just shrugs off any form of below-the-belt attacks.

Incumbent Mayor Edgardo “Plong” Rapanut of this town, running for a second term, said he won’t mind any below-the-belt attacks now that the campaign period is fast approaching.

“What will I get if I engage them? That won’t improve relationships. Diak pulos nakirirriri (I didn’t quarrel with anybody) and I don’t select people to help. I prefer that everybody is happy, and we just let the people decide,” he said during a Kapihan Iti Amianan Media Forum at his office over the weekend.

On the issue that more barangay captains including the ABC president and the Federated SK chairman will be supporting former Mayor Carlos Asuncion, his opponent this coming May, Rapanut said that his performance the last 3 years will be more than enough to offset the numbers.

“Saan met siguro a lugi dagiti tao iti daytoy a panagtakemko (I think the people got all the services they deserve),” he said pointing out to the numerous projects and services that his administration made. “Moreover, winning in the elections requires 4 major factors: relatives, friendship, performance and of course, money.”

Not keen in comparing his administration with that of Mayor Asuncion, he announced that the complete rehab of the municipal hall will be finished by July where every office will be fixed.

“Our seawall will stretch from 2 to 2.5 kilometers, but I prefer it extends to 3 kilometers,” he said.

Rapanut also said that the town’s RA 7171 funds and all internally generated funds all go to projects which the people need.

“The municipal money is the people’s money. That’s why I always consult the barangays about the things they need and some of these needs are drainage canals, covered courts and barangay health stations, so they got them,” he said.

In politics, he said he has taken anew former town Councilor Jojo Redoble as his vice mayor, the son of former Mayor Johnny Redoble despite an earlier agreement with the Asuncion camp. The younger Redoble lost to Vice Mayor Tony Rabang in 2016 by 37 votes.

“Jojo supported me in 2016 and it’s my turn to support him now. The Redobles are also our relatives and this relationship matters a lot to me,” he said.

Although his family is away, Rapanut said he has the full backing of his wife, a Land bank of the Philippines vice president, and she has started to “understand why his time is now more dedicated to serving his town mates” and has less time for his family.

As a town mayor, he said he has developed the habit of going out rather than sitting down in his office.

“I have to follow up projects and attend to my social obligations as a part of my political life. I see to it that I report to duty by 8:00 in the morning and attend to my duties. Since I was new with the job when I was elected in 2016, let’s just say my first 6 months to 1 year in office were my OJT days until finally, I am able to dispose of my duties and obligations well,” he said.

On who among Congressman DV Savellano and former Congressman Ronald Singson will he support as the representative of the province’s first district, he said that he is still weighing the situation.

“Both of them are close to me but in the end, I have to select who among them can better help my town,” he said.

As to the presence of “registered flying voters” in Sta. Catalina, he said it’s not that easy to erase their names from the voting list.

“That’s the duty of the Comelec and I don’t interfere with the Comelec’s job. All I can say is that I have not lost my faith in our people that someday, we will all have that mindset that in choosing our leaders, we should base our support on the candidates’ performance. I, therefore, call on our people to come out and vote and vote wisely for the future of our children,” he said.