8 months ago
Jasper A. Espejo

9 months ago
Edward B. Antonio

TALENTED TEACHER WOWS ‘EM ALL. Albert Hammond’s classic song “When I’m Gone” came back to life during the 2019 Teachers’ Congress at the Quirino Stadium, Bantay, Ilocos Sur on Oct. 4, in a mini-concert performed… Read more »

IPMR OATHTAKING. Hon. Elpidio A. Quines, newly elected Indigenous People Mandatory Representative, took his oath of office as a member of the 10th Sanguniang Panlalawigan of Ilocos Sur representing all the indigenous people of the… Read more »

ISRAELI AMBASSADOR TO THE PHILIPPINES, His Excellency Rafael Harpaz, visited Vigan City on Sep. 2. Speaking before the local media, the City Council, and Mayor Juan Carlo S. Medina, he said that his visit was… Read more » 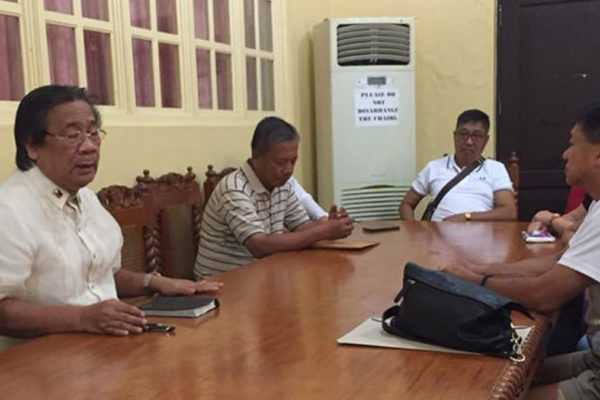 LOOK. To craft measures to prevent diseases from affecting hogs raised in the province, the Sangguniang Panlalawigan Committee on Agriculture presided by Board Member Efren Rafanan, Sr., held an emergency meeting in the afternoon of… Read more »

ILOCOS NORTE SANITARY LANDFILLS. Department of Environment and Natural Resources Sec. Roy A. Cimatu sees the potential of Ilocos Norte as the first province to establish sanitary landfills in each municipality. This was revealed in… Read more »