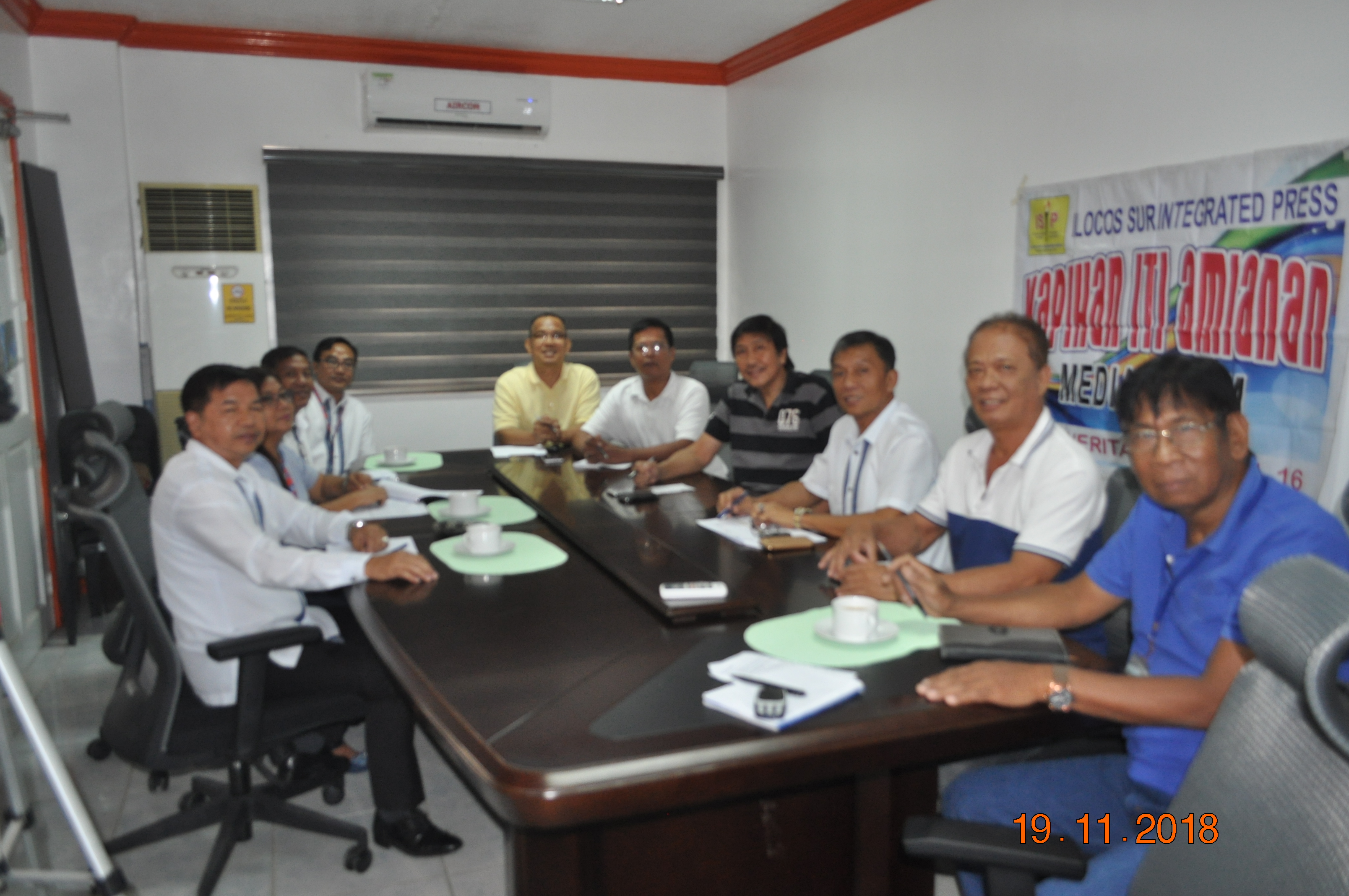 MEMBERS OF THE ILOCOS SUR INTEGRATED PRESS WITH OFFICIALS OF DPWH FDEO. DPWH FDEO officials assures the public about the safety of buildings constructed by the department in the First District of Ilocos Sur including the schools under DepEd. District Engr. Reynaldo Organo in a forum with members of ISIP said that the building materials used in the construction are up to standards, and the locations where they are erected are safe. (photo by Eden Alviar)