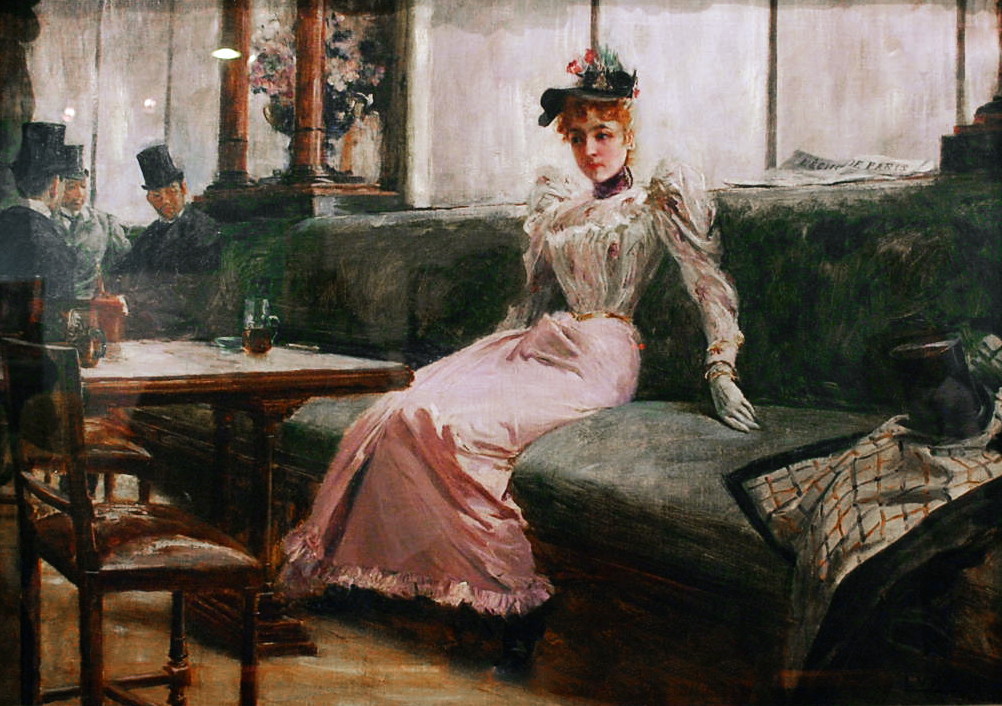 Artworks of the greatest Filipino painter and patriot Juan Luna continue to fascinate and mystify modern audiences with a new wave of interpretation which reveals mysteries surrounding his masterpieces.

According to Zerrudo, the painting which is an oil on canvas impressionist was owned by different people and was named with different titles before landing in the hands of Government Service Insurance System (GSIS) in 2002.

In 1953, the artwork was given the name of The Maid, followed by the ownership of Prof. Emmanuel Torres in 1963 where he gave the title of Un Coquette which identifies the woman in the foreground as flirtatious, and then was named as Interior d’Un Cafe which literally means Inside the Cafe.

In 2002, with the ownership of GSIS, it was decided to use The Parisian Life as the official name which was also originally inscribed, signed and dated by Luna himself at the back of the painting where he wrote, LVNA PARIS 1982 .

With the third interpretation, Luna also exposed the Philippines in a disturbed state during the Spanish Revolution in 1892 through the uncomfortable position and about-to-cry face of the woman. The three gentlemen in the left corner were identified as the three Filipino heroes, Dr. Jose Rizal, Juan Luna, and Ariston Baptista discussing the state of the country being under stress. The coat and hat at the couch symbolizes Western lifestyle particularly identifying the people of Spain. While the levels of beers in the table were also interpreted on how the Spaniards take advantage of the country, and the newspaper pointing the back of the woman tells how the Philippines was inspired by the French Revolution.

In 2004, the GSIS museum toured the painting through an armoured car in the towns of Cebu, Iloilo, and Ilocos Norte where the artwork was coincidentally exhibited in the vicinity of all Juan Luna streets of the said provinces.

During the tour in Ilocos Norte, Zerrudo exposed the strange happening they have experienced when they reached the town of Badoc without knowing that they have already reached the hometown of the said Ilocano hero. The car carrying the painting eventually stopped in the road as if Luna insists to visit their ancestral home in the said town.

Before going back to Manila for the last stop of exhibit, Zerrudo and his team had the chance to see Juan Luna’s gold medal in Sinait, the town before Badoc, Ilocos Norte. Luna won the gold medal in the Exposición Nacional de Bellas Artes competition in Madrid in 1884.

“It’s amazing and shocking that things coincide, because it also happened that the person who keeps the medal is my friend,” said Zerrudo.

At present, The Parisian Life is owned by the GSIS Museum with Prof. Eric Zerrudo as the curator, and is currently exhibited at the National Museum of the Philippines, Manila.

Another truth that the modern audiences need to know about Luna’s works is the fact that the famous Spoliarium was ripped into three portions when given back to the Philippines, and was delicately restored through fiber to fiber stitches done by Zerrudo’s team.

Today, the statement written by Juan Luna in his last work, “Non Omnis Moriar”  (Not all of me dies in English translation) truly makes sense. Amidst his death, his artworks live with the Filipinos even in these modern days. (Rey T. Arcangel, Jr / PGIN-CMO)