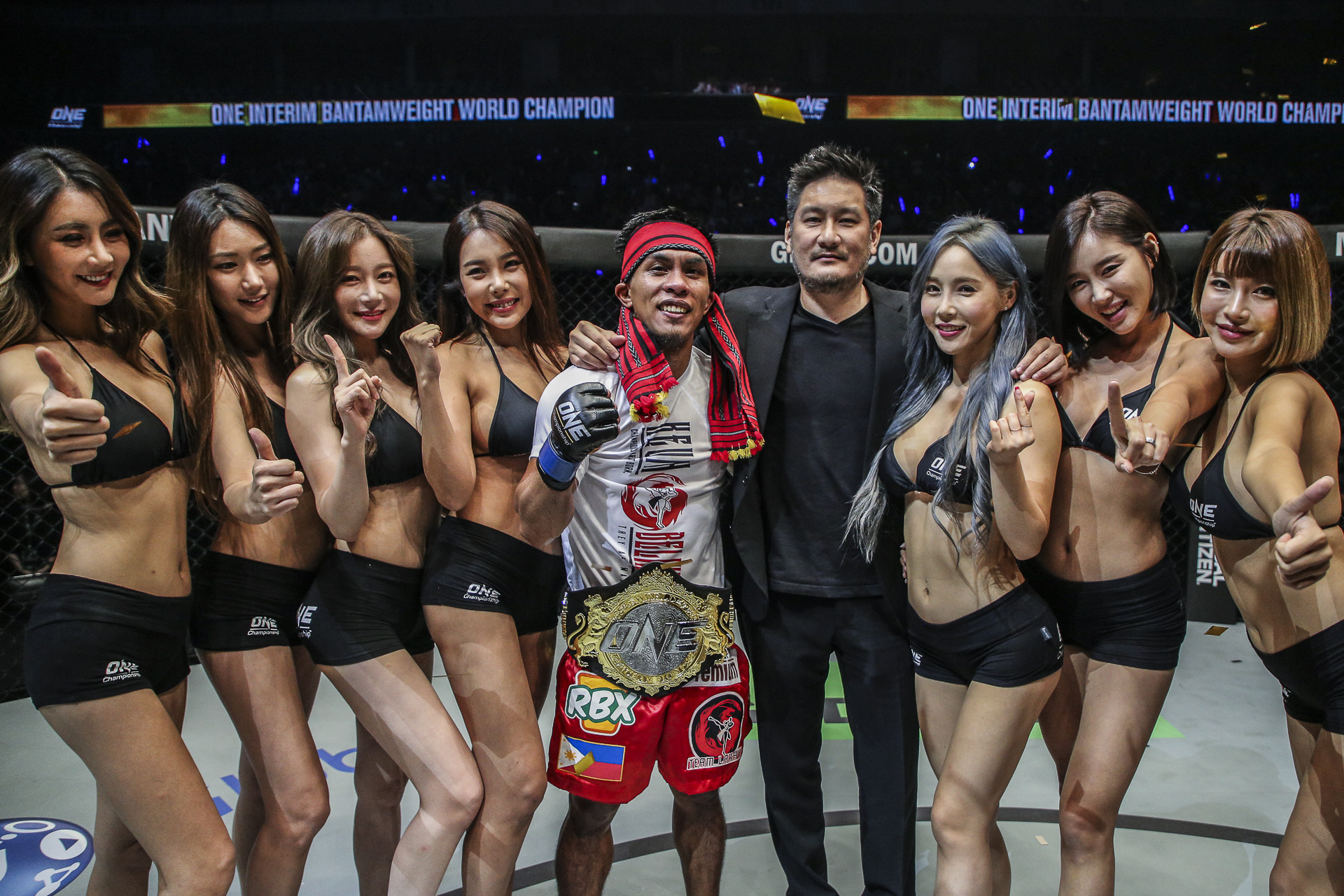 by ONE ChampionshipPosted on August 11, 2018

Six years since his ONE Championship debut, Team Lakay’s Kevin ‘The Silencer’ Belingon is finally a World Champion in the martial arts promotion.

At ONE: REIGN OF KINGS last 27 July, in front of a partisan pro-Philippines crowd at the SM Mall of Asia Arena, Belingon defeated reigning ONE Featherweight and Lightweight World Champion Martin ‘The Situ-Asian’ Nguyen to capture the ONE Interim Bantamweight World Championship.

For Belingon, it was a childhood dream come true.

“I can’t explain this feeling. I’m the happiest athlete tonight,” Belingon said during the post-match interview. “Thank you to all the people who came out to support me, and of course to ONE Championship, my team, my coaches and trainers, and my teammates,”

And while making history as a world champion is indeed a prestigious feat, even more important for Belingon is that he’s finally secured his spot as the next person to challenge reigning ONE Bantamweight World Champion Bibiano ‘The Flash’ Fernandes.

Fernandes is currently recovering from an injury, and when the most dominant champion in ONE Championship history finally returns, Belingon will be right there, waiting for his rematch.

“I respect [Bibiano] as a champion, but we are in the same weight class, and I am the top contender, so there is no escape in facing me. I hope you recover fast, and that we can make the fight this year.” Belingon said.

Belingon and Fernandes first shared the cage back in January of 2016 at ONE: DYNASTY OF CHAMPIONS, in Changsha, China, with Fernandes retaining the title via a first-round submission win.

The loss did nothing but fuel Belingon’s world championship dreams even more, and the road back to the championship picture was a long one for the 30-year old, who had to run through a gauntlet of former world title contenders and a two-division champion in a just under two years.

Currently riding six straight victories dating back to October of 2016, Belingon has taken out the likes of Toni Tauru, Reece ‘Lightning’ McLaren, Andrew Leone, and Nguyen, pretty much a who’s-who in ONE Championship’s bantamweight division.

“I have faced many tough opponents leading up to this interim title, and I believe I have earned my spot to face Bibiano again,” Belingon said in an interview with ONE Championship’s official website (ONEFC.com).

Now, the Baguio City native has his sights firmly set on Fernandes and the ONE Bantamweight World Championship. Nothing else, no one else.

“I am looking forward to our rematch. No more detours. Bibiano should be next, and I fully expect to be facing him soon.”

Surely, ‘soon’ can’t fast enough for Belingon, but the reality is that he’ll have to wait for Fernandes to be cleared to compete.

In the meantime however, the newly-crowned interim champion could use some time off as well, to heal up before getting back to business.

He is, after all, coming off a tough five-round main event.

“Right now, I am just focused on resting and healing my body. I am pretty banged up. My ankle and shin are bruised, and they need time to recover,” Belingon said.

“Once everything is good to go, then I will be back in training. But for now, I am going to enjoy the rest. It still has not sunk in that I am a World Champion.” He continued.

While indeed, the record books will show that Belingon has already held world championship gold, the Filipino star knows in himself that there’s still one more bit of work to be done, and that’s to avenge his loss to Fernandes and become the undisputed ONE Bantamweight World Champion.

“Until I beat Bibiano, [however], I will always feel like there is unfinished business to take care of.”