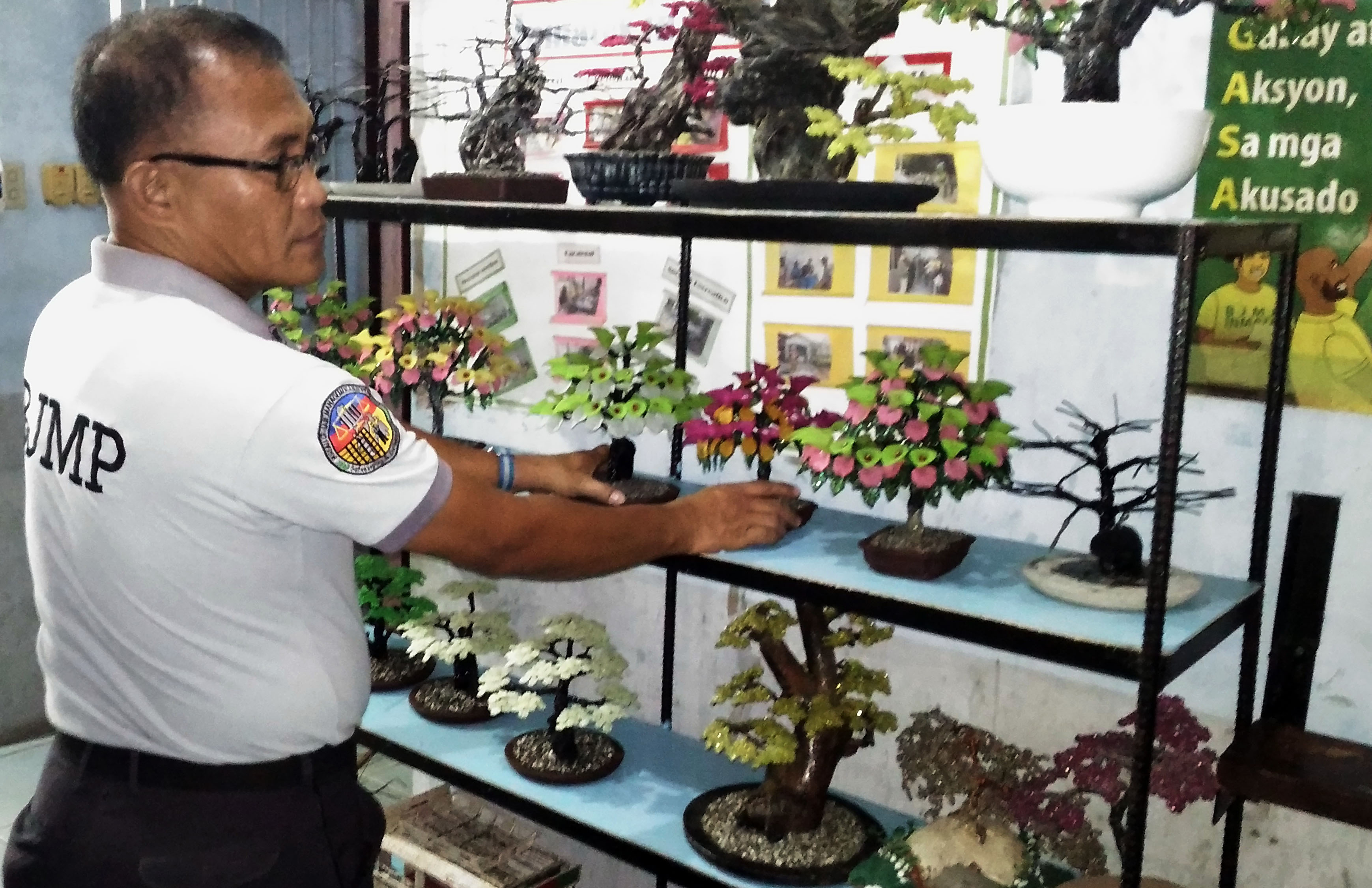 “I consider it as my greatest achievement here so far,” said Jail Warden Reyland Tabios during a press conference with the members of the Ilocos Sur Integrated Press at the Vigan City Jail here over the weekend, saying that VCJ has become a smoke-free, liquor-free and drug-free detention facility under his administration.

Tabios also said that the detained prisoners are no longer called “prisoners or inmates” but PDLs or Persons Deprived of Liberty.

“Vigan City Jail is a far-better detention facility than any other city jail in the region, thanks to the support of the city government through Mayor Carlo Medina who also provided us with CCTVs. It is also paying our electric bills,” he said.

He also cited the many productive activities that the PDLs are involved such as cookery, manicure, pedicure, welding (with NC2), massage course, making miniature calesa and also bonsai beads.

“In fact, their products are always a sellout that’s why they are able to provide for their families outside,” he said.

He lamented, however, the very slow pace of court hearings for the PDLs.

“You are already lucky if there is a hearing once in two months,” he said, praying for the speedy resolution of the cases against the 76 PDLs where 13 are females. Forty one of the 76 PDLs are detained due to drug-related cases.

Tabios, a trained guard, said he is also willing, if given the chance, to train the security guards detailed in the different establishments in Vigan City.

“Many of them don’t know their duties and some dress very sloppily. I think they need more training to become efficient security guards. Nakakahiya sa mga turista especially now that Vigan City is a prime tourist attraction,” he said.

He also called on all college graduates with corresponding civil service eligibilities to apply as BJMP (Bureau of Jail Management and Penology) guards because the country is lacking BJMP guards.

“A jail guard nowadays receives P29,000 per month or a total of P37,000 including the allowances. They can apply to me personally so I can endorse them to the regional office for their training,” he said.

Tabios, who has been with the BJMP for 26 years, first served as the warden of Cavite and has served in Manila, Quezon City and Paraňaque City jails for 19 years. He has been to VCJ for just a year.

The BJMP is under the jurisdiction of the Department of Interior and Local Government (DILG) whereas the Provincial Jail in Taleb, Bantay, in contrast, is under the provincial government. (Edward Antonio)