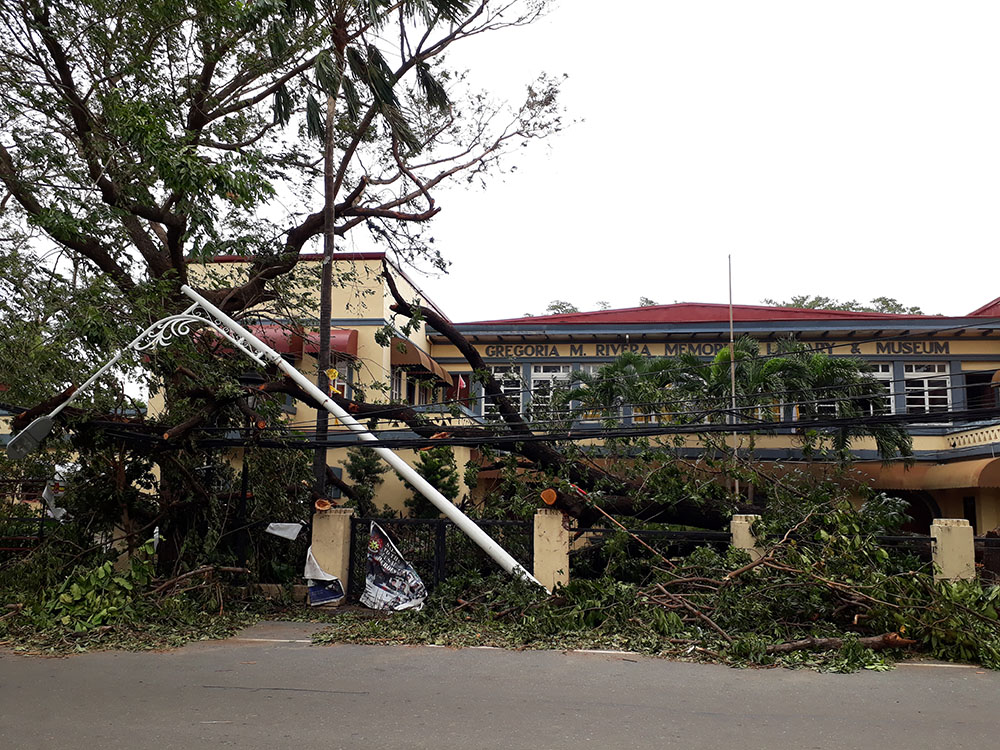 OMPONG’S PATH OF DESTRUCTION. Typhoon Ompong caused havoc not just along its path in Northern Luzon but the entire country because of its wide rain band as it crossed the northern part of the Philippines on September 15, 2018. In Vigan City, Ilocos Sur, this large tree that served to provide shade for many years in front of the Provincial Library, did not stand a chance against the strong winds and came crashing down during the height of the typhoon bringing down a street lamp as it fell. As of Sunday, workers of the City Engineering Office were seen diligently clearing debris and fallen trees in the city proper. ISECO and the telecom companies were also quick to restore services by Sunday evening in the city center. (photo/text by TNM)