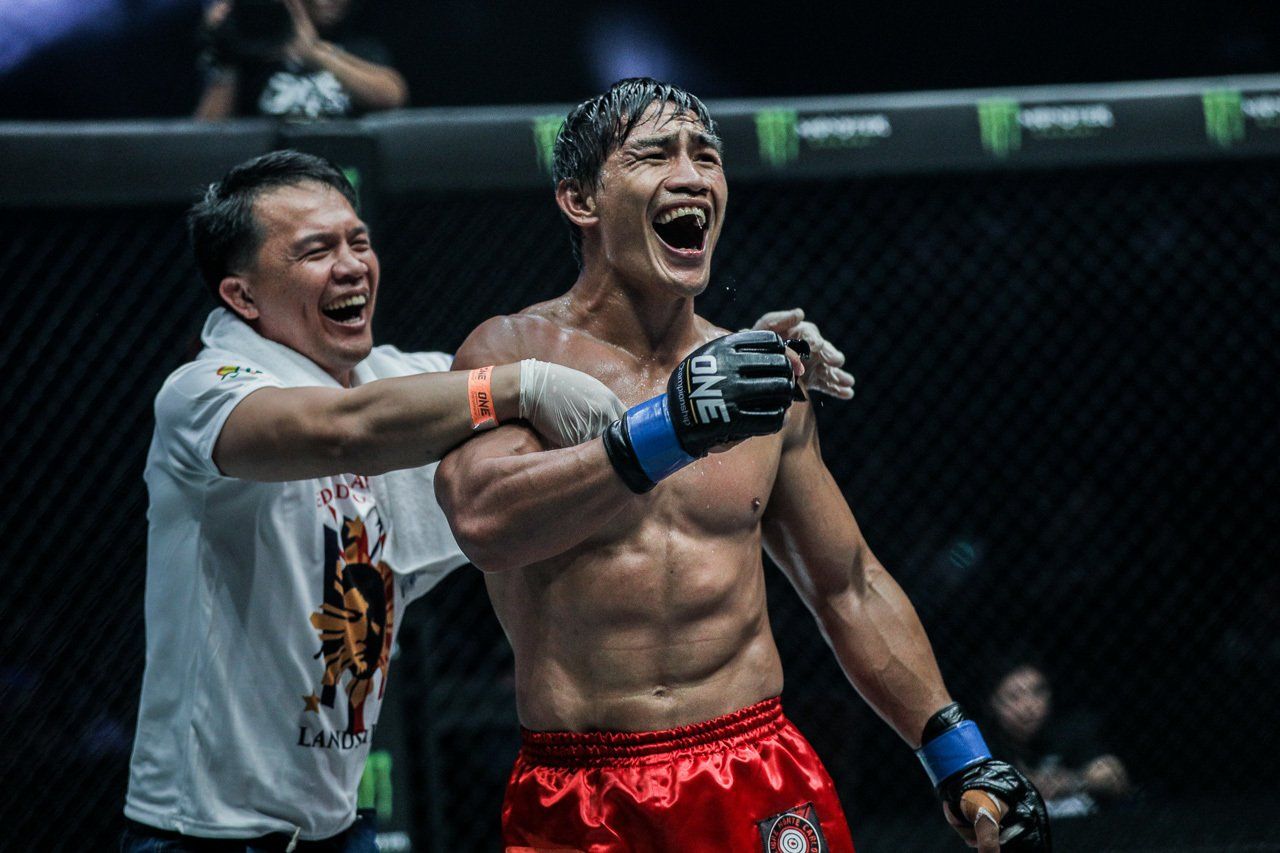 In just seven short years, ONE Championship has evolved from a small mixed martial arts promotion in Singapore trying to make a dent, to what it is now: the largest global sports media property in Asian history, and the undisputed premier martial arts organization in Asia.

From a combined ten events held in their first three years of existence, ONE has exploded into one of, if not the most active martial arts promotions in Asia, with a planned 24 events in 2018, and significantly more on tap in 2019.

Not bad for a company that began as an idea on a piece of paper, and ONE Championship founder Chatri Sityodtong says that they haven’t even scratched the surface.

“On day one, when it was just a piece of paper, and I wrote it on a Powerpoint presentation, this was my vision,” Sityodtong said. “Actually, we’re not even close to my vision yet.”

The promotion’s expansion and growth, dominating television viewership and social media metrics since their inception in 2011, has been nothing short of astounding.

Currently, ONE Championship can be seen on television sets across 138 countries and is followed by a potential 1.7 billion viewers on any given night.

All these considered, Sityodtong maintains that this is all just the the tip of the iceberg.

“My vision is for us to be a 20 billion dollar property on TV, on laptop, on mobile device, literally four billion people watching it, there’s a “Manny Pacquiao” in every single country, everyone is crazy about it, we have TV, movies, software, games, that was my vision. We’re still only a part-way of the vision.” Sitdyodtong continued.

And while a lot of ONE Championship’s success has to do with the people behind the company, equally, or even more responsible is the massive Asian fanbase that ONE has managed to capture.

From Singapore, to Manila, Bangkok to Myanmar, and all across the continent, ONE Championship has become a highly-anticipated attraction.

But what is it that has made ONE Championship such a massive success in Asia?

Proudly calling themselves ‘The Home of Martial Arts’, ONE Championship has done a masterful job of promoting the beauty and essence of martial arts in its purest form.

Veering away from the negative stereotypes commonly seen on Western counterparts, ONE Championship instead proudly celebrates the deep-rooted Asian values of integrity, humility, honor, respect, courage, discipline, and compassion.

These values are present in each and every ONE Championship athlete on the roster.

Stemming from what was already a strong mixed martial arts-based product, ONE Championship began to showcase more traditional and regional martial arts, such as Myanmar’s Lethwei, Thailand’s Muay Thai, and Indonesia’s Pencak Silat.

ONE Championship also showcased one of the most important pillars of mixed martial arts in submission grappling and with dream matches between some of the world’s top Brazilian Jiu-Jitsu practitioners.

In early-2018, ONE Championship went all-in in their promotion of striking-based martial arts, introducing the ONE Super Series which featured kickboxing and Muay Thai world champions from all over the world, including Giorgio Petrosyan, Nong-O Gaiyanghadao, Sam-A Gaiyanghadao, and Yodsanklai Fairtex to name a few.

In addition, ONE Championship also introduced a five-rope ring for the first time, reminiscent of the stage that the uber-popular PRIDE FC used to employ back during their heyday in Japan — a throwback to one of Asia’s pioneer mixed martial arts promotions.

Following the success of the ONE Super Series, ONE Championship took another step towards total martial arts domination with the announcement of WBC Super Flyweight Champion and Thai boxing superstar Srisaket Sor Rungvisai’s promotional debut, happening at ONE: KINGDOM OF HEROES on 6 October in Bangkok, Thailand.

In partnership with Nakornluong Promotions, Rungvisai, among boxing’s the top-ten pound-for-pound talents will be defending his title against Mexican challenger Iran Diaz in what will be ONE Championship’s first venture into boxing.

“What we want to do is showcase all the combat sports, all the flavors, and hopefully we’ll get multi-division champions across the different platforms to really celebrate Asia’s greatest cultural treasure, martial arts.” Sityodtong said.

And while ONE Championship has started bringing in big names in martial arts, the promotion has no shortage of their own homegrown heroes and champions.

Sityodtong has put a premium in building Asian heroes, and the promotion has done just that with Asian household names such as Eduard Folayang from the Philippines, Angela Lee from Singapore, and Aung La N Sang from Myanmar.

For Sityodtong, athletes like Folayang, Lee, and N Sang are the types of heroes that the Asian culture celebrates for being the embodiment of true Asian values.

“If you look at the history, who’re the biggest celebrities in Asia? Any industry, across all walks, Jackie Chan, Bruce Lee, Jet Li, Donnie Yen all happened to be martial artists, all happened to be amazing in their respective arts but as human beings they’re kind, gentle, humble, strong, courageous, respectful, compassionate.

“This is something Asians care about, it’s not an accident that Manny Pacquiao or Yao Ming reflect and exemplify those values, and I don’t think that would change. This is something very deep rooted in Asian history, Asian culture, and Asian values. This is something that we’re very focused in celebrating.” Sityodtong added.

Because of the hard work put in by the people behind it, ONE Championship has evolved to what it is now: the number one martial arts organization in the world.

From building heroes inside the cage to dominating the metrics outside of it, ONE Championship will continue to grow, and so will the fanbase that continues to support it.