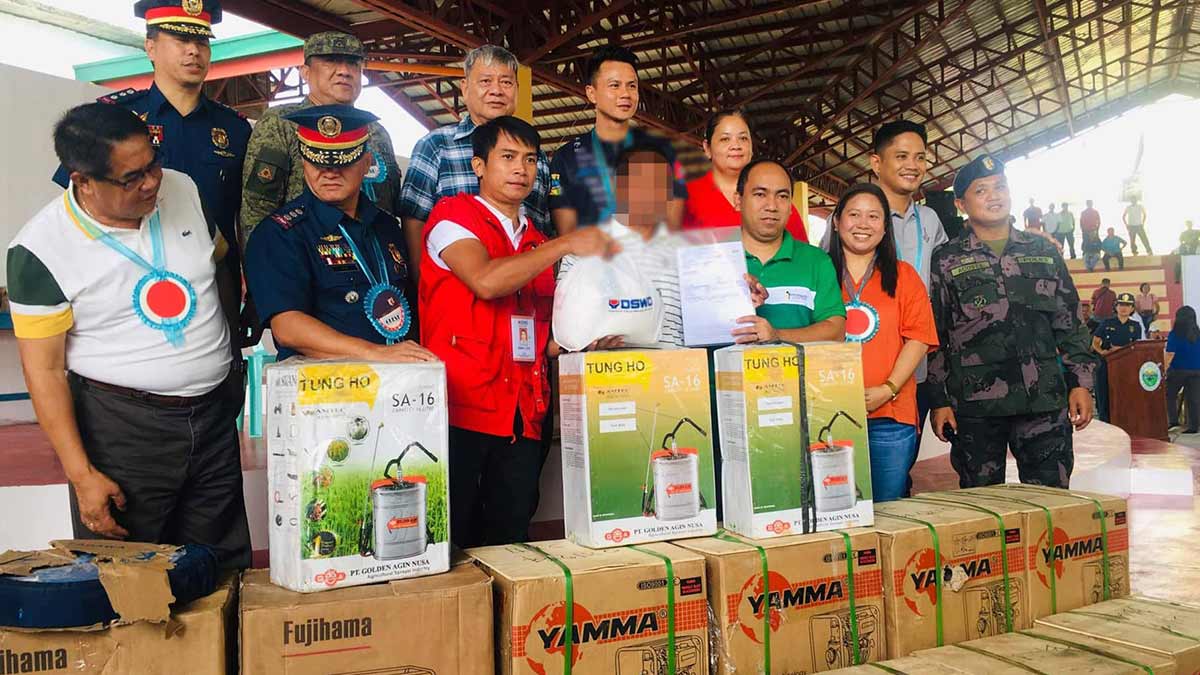 A total of twenty six rebel returnees (documented and undocumented) from the Western part of Pangasinan surrendered to the government amid localized peace talks. Police Brigadier Joel S Orduña, PRO1 Regional Director, led the ceremonial turn-over and administered the oath of allegiance to the rebel returnees on Nov. 20, 2019 in Mabini, Pangasinan. “As good Filipino citizens, we should always remember that unity and peace is the best way towards the prosperous future of our community, there is nobody that enjoys living in warfare,” Orduña said during his speech. Also present during the activity were: Pangasinan Governor, Hon. Amado Espino III; DOLE Director, Nathaniel Lacambra; Pangasinan Police Provincial Director, Police Colonel Redrico Maranan; Pangasinan 1ST PMFC Commander, PLTCOL Cirilo Acosta; Mabini Municipal Mayor Hon. Ariel de Guzman; and other stakeholders and community leaders. (photo/text by PNP PRO1 Public Information Office)