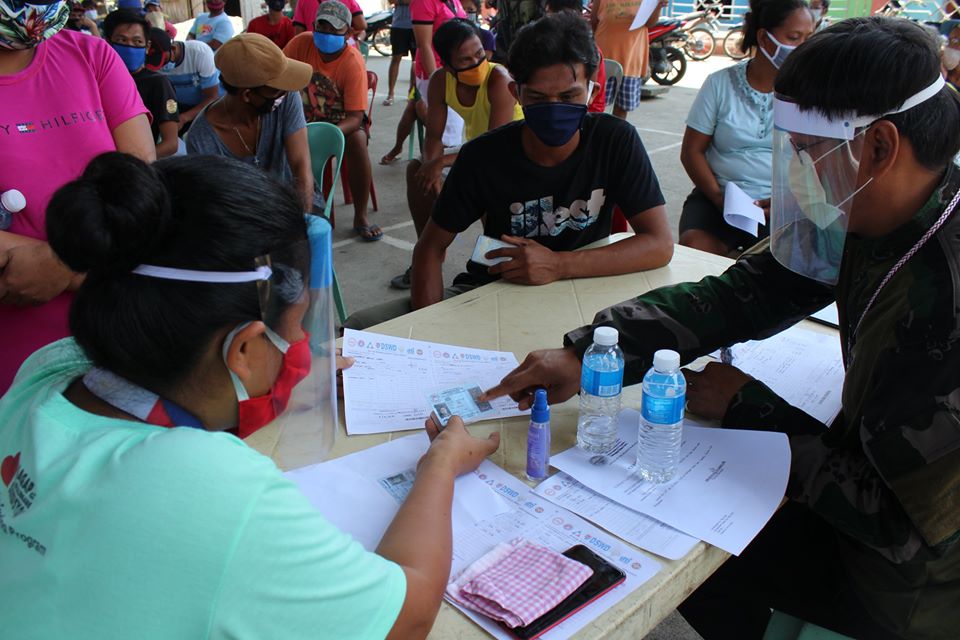 ILOCOS SUR — A total of 1,400 eligible beneficiaries from two towns in the province have received financial aid from the Social Amelioration Program (SAP) of the Department of Social Welfare and Development (DSWD).

The financial aid worth P5,500 was given to each of the eligible beneficiaries in the municipalities of Lidlidda and San Emilio.

Winnie Mendoza, assistant information officer of Lidlidda, said that all of their target beneficiaries were given emergency subsidies.

“We have allotted P3,025,000 outright cash assistance for our target beneficiaries, which is a total of 550 eligible beneficiaries,” she said.

Lidlidda Mayor Sherwin Tomas thanked the national government through DSWD for the help they have extended to the less fortunate families, especially in fifth class municipalities.

“It allowed the local government unit (LGU) to provide more sustenance to our constituents who have been affected financially given our limited funds. We are well aware that the relief goods that the LGU could afford was not enough. We do hope that the provisions of the program be relaxed to include also barangay-based workers who are earning below the poverty threshold. Again, we are sincerely thankful for this program,” Mayor Tomas said.

“It was distributed to all different families that meet the guidelines set by the DSWD. With oneness and dedication to service of all elected officials and other stakeholders, we were able to comply soonest all requirements needed by DSWD and immediately downloaded the recovery fund amounting to P4,675,000 for the first tranche,” said Mayor Bragado.

The distribution, which was conducted last April 9-11, was spearheaded by DSWD employees assisted by the Philippine National Police and personnel from the LGU.

“Lahat ng beneficiaries nabigyan pero may mga reklamo pa rin mga constituents kasi ang pagkaalam nila mabibigyan lahat ang household but nevertheless our municipality segregated an amount close to Php2 million for those constituents that do not receive any kind of assistance from DSWD in the form of rice and worth Php3, 000 basic goods one-time assistance,” he added.

During the Laging Handa Network Briefing anchored by Presidential Communications Operations Office (PCOO) Secretary Martin Andanar aired on April 15, President of the League of Provinces of the Philippines and Marinduque Governor Presbitero Velasco also pointed out that some of their constituents also have the same problem when it comes to the emergency subsidy.

However, such problems don’t hinder the help that every provincial or local government wants to extend to their constituents.

Anent to this, Mayor Bragado added that the LGU has been very supportive to all household and residents ever since the enhanced community quarantine (ECQ) has been implemented.

“We have distributed relief goods to all households last March 26-27 and we also established temporary holding/quarantine facility at Burayok, Paltoc, San Emilio where 13 suspected individuals were previously housed,” he said.

He said that the local government also provided assistance to all high value crops growers and bought their agricultural products twice and were distributed as relief goods to all households, and delivered basic needs/goods to the stranded constituents who are from Pampanga and Bulacan.

Other than Lidlidda and San Emilio, DSWD have distributed a total of P1,309,000 outright cash assistance to the 238 beneficiaries of Santa town.

As seen on the Facebook post of DSWD-Field Office I, their employees have also started to give emergency subsidies to the beneficiaries from the towns of Caoayan, Sigay, Alilem, and Tagudin.

SAP is under the implementation of Republic Act 11469 or the Bayanihan to Heal as One Act, which aims to give additional assistance to the low-income families who are greatly affected by the ECQ due to the threat of coronavirus disease 2019 (COVID-19).