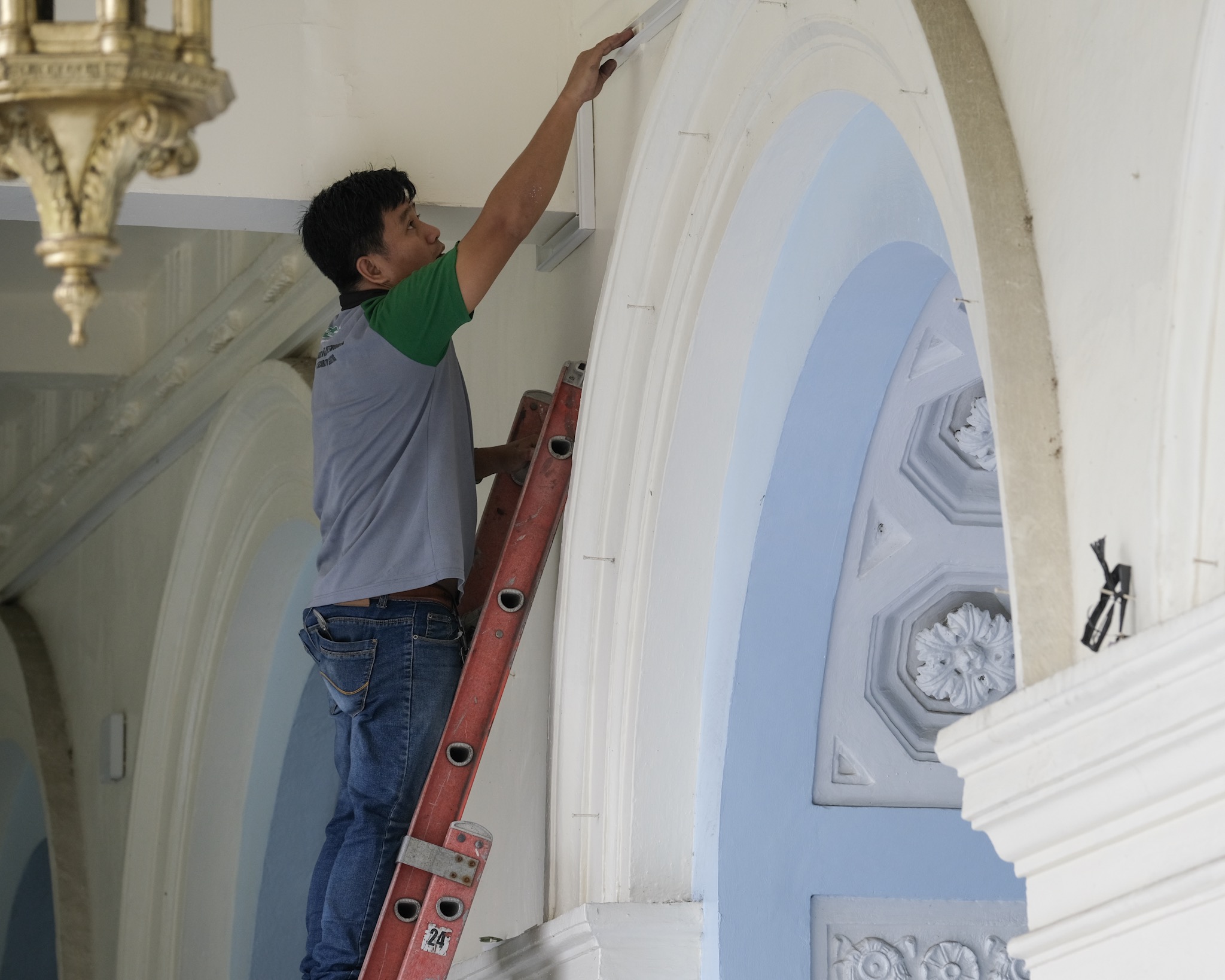 A technician installs wiring for the free wifi service provided by Globe at the provincial capitol of Ilocos Norte (photo by PGIN-CMO)
by Blessing Angel V. Agliam / PGIN-CMOPosted on September 28, 2019September 28, 2019

Areas for the Phase I of public WiFi service include the Provincial Capitol Building, Aurora Park, Laoag City and its city hall, San Nicolas I.T. Park, and the Batac City Hall.

According to Mr. Lorenzo, after the WiFi installation in the Provincial Capitol Building, the other pilot areas will then follow.

Meanwhile, Gov. Marcos Manotoc is positive that the installation will be completed before his first 100 days accomplishment report: “Hopefully in my first 100 days we can already have our request… In the next few months, may free public WiFi na tayo,” he remarked.

Municipal halls, district hospitals, tourist destinations, and other public areas in the province are the following sites to undergo Phase 2 free WiFi installation.

Every user can access the free WiFi for 30 minutes a day. Yet, the Provincial Government is in the process of persuading Globe Telecommunications to grant the request to extend its accessibility to one hour