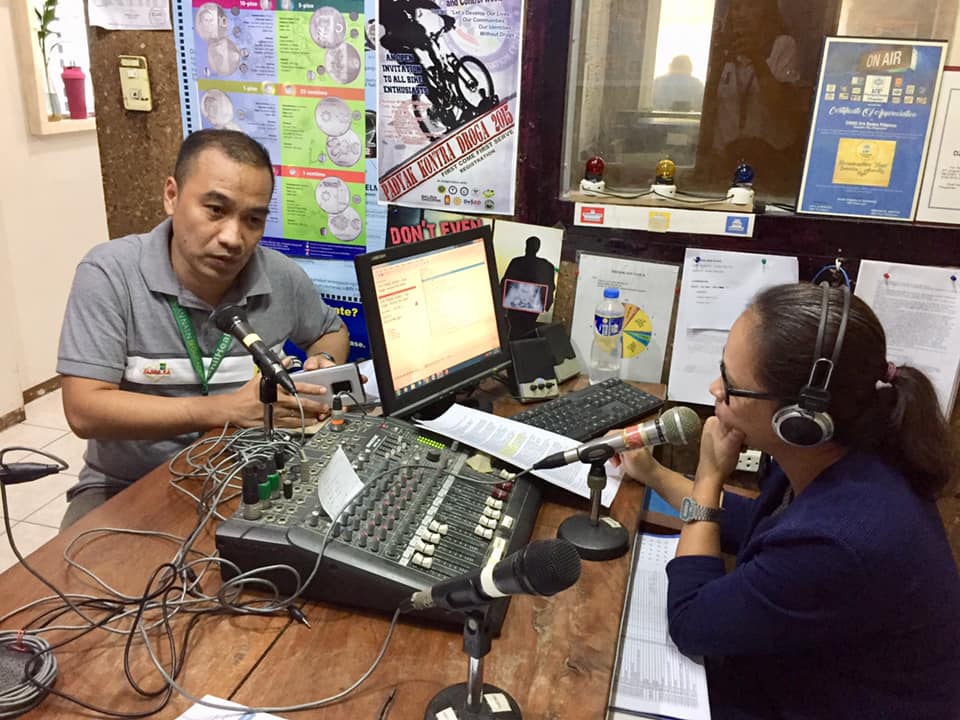 PHILHEALTH COVERS MEASLES. Joseph Manuel (left), information officer of PhilHealth in the Ilocos, assures the public that confinement due to measles is covered by PhilHealth. Coverage for measles ranges from P7,700 to P25,700 depending on the assessment of the doctor if the illness has complications, he said during the Pantongtongan Tayo radio program of PIA Pangasinan on Tuesday. (photo by April M. Montes-Bravo/PIA Pangasinan)
by April M. Montes-Bravo / PIA-1, PangasinanPosted on February 15, 2019February 15, 2019

DAGUPAN CITY – The Philippine Health Insurance Corporation (PhilHealth) in the Ilocos assured the public that confinement due to measles is covered by its health insurance.

Joseph Manuel, information officer of PhilHealth in the Ilocos, said coverage for measles ranges from P7,700 to P25,700 depending on the assessment of the doctor if the illness has complications.

Manuel said that uncomplicated measles cases are being paid for in the amount of P7,700; pneumonia in measles at P15,000; and measles complicated by meningitis are compensated at P25,700.

He said that even non-members can still avail themselves of benefits when needing confinement due to complications of measles through the Point of Service (POS) program available at government hospitals accredited by PhilHealth.

“If found to be financially incapable by the hospital’s social worker, the government will pay for premiums of a one-year PhilHealth coverage effective at the time of their availment,” he said during the Pantongtongan Tayo radio program of PIA Pangasinan on Tuesday.

For those who are financially capable, Manuel said, patients will be allowed to pay at least a year’s worth of contributions so they can avail of the benefits.

“Further, indigents, sponsored, house helpers, senior citizens and lifetime members and their qualified dependents are entitled to the No Balance Billing Policy, which guarantees zero out-of-pocket on the part of the member when confined at the ward of any government facility,” he said.

Meanwhile, Manuel shared the various events that PhilHealth is undertaking to mark its 24th anniversary in service this year.

He said a simultaneous thanksgiving celebration is scheduled on February 14 in all PhilHealth offices nationwide.

PhilHealth will also hold a corporate social responsibility initiative with select charitable institutions in the region.

A special press event dubbed “Kapihan with Media,” through the Kapisanan ng mga Brodkaster ng Pilipinas Forum, will also be held on February 28 at the PhilHealth-Regional Office I Training Room in this city.

“This is to showcase our latest products and services and to relay major strides done as well as our plans, programs and preparations in the run up to Universal Health Care which will cover all the 106 million Filipinos,” Manuel said. Likewise, a bloodletting activity will be conducted at the PhilHealth-Regional Office I on March 5. (PIA Pangasinan)