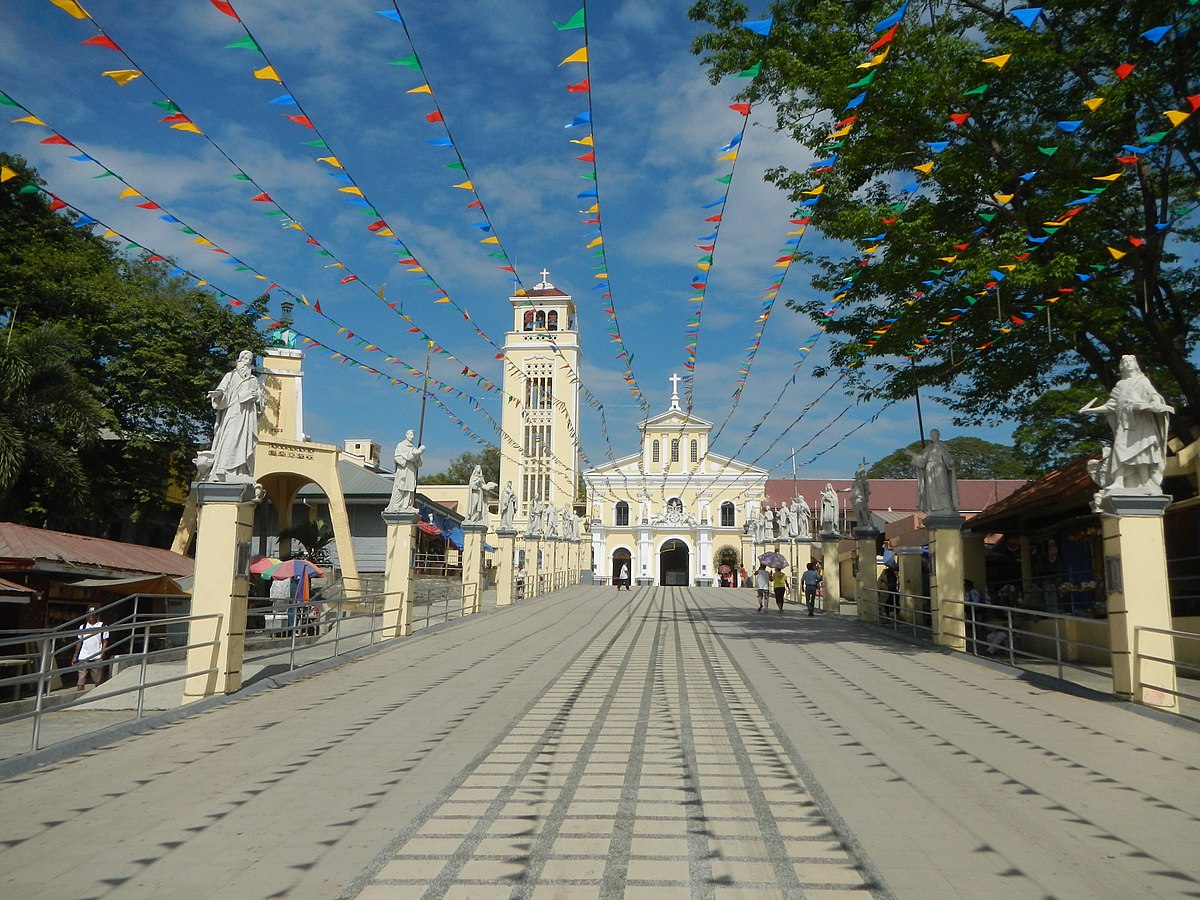 It may seem strange to combine religion with summer vacation, but for many Filipinos, Holy Week is a chance to catch up on much needed rest, as well as being a time for reflection and prayer.

Catholic devotees and tourists who are hoping to make a spiritual vacation during the Holy Week need not go too far as notable pilgrimage sites abound in the province of Pangasinan.

On top of the list is a road trip to the Minor Basilica of Our Lady of the Most Holy Rosary of Manaoag in Manaoag town.

Even before it became a minor basilica, Manaoag Church had been a popular Visita Iglesia destination for people from all walks of life.

Another popular pilgrimage site in the province where everyone can visit and spend their Holy Week is the Sky Plaza of Natividad town, a park built on top of a hill beside the Caraballo Mountains in Barangay Batchelor East.

A chapel and a 287-step concrete stairway leads to a grotto of the Virgin Mary in the upper side of the hill, and a little higher behind it, to a 30-foot Holy Cross.

From the cross is a winding trail leading to the mountaintop, where a 40-foot statue of Christ the Redeemer, called “Ayat ni Apo Jesus” (God’s Love) stands.

Jesus Christ’s fiberglass statue, which was erected in June 2013, is 1,108 meters above sea level, overlooking the town.

One of the most popular tourist attractions in Bani town especially during the Lenten Season is their version of Calvary Hill.

The place has a 1,000-step “Via Crusis” (Way of the Crosss) that leads to a gigantic cross.

The cross is perched on a plateau overlooking the West Philippine Sea.

Bani’s Calvary Hill also has other structures to be used for other religious activities on the site.

Located in Barangay Laguit Padilla in Bugallon town is the Mt. Zion Pilgrimage Mountain, a 52-hectare religious site that holds structures for pilgrims to perform their Lenten traditions.

Aside from the retreat house and the chapel, the said pilgrimage site’s life-size statues portraying the Passion and Death of Christ are the reason why it is one of the most visited sites in the province during the Lenten season.

The Our Lady of Rosales Grotto, which is located at Station District in Rosales town, is also regularly visited by tourists for spiritual atonement and guidance.

The grotto, where the Virgin Mary was reported seen several times between 1987 and 1994, is in the middle of a rice field and has since served as a pilgrimage site for local Catholics.

The Pilgrimage Island, home to a 17 meter (56 foot) statue of Christ the Savior, at Hundred Islands National Park in Alaminos City is now among the reflection sites in Pangasinan.

It used to be called Martha’s Island, until the local government realized it was best suited for a giant Christ statue.

Aside from the giant Christ statue, Pilgrimage Island features life-size statues of the Holy Family and the Last Supper.

A walk up a winding 185 steps lead tourists and pilgrims to the Jesus Christ the Savior statue.

Those who opt to visit and complete the 14 Stations of the Cross first, could take the 1.02 kilometer trek which covers 1,413 steps from the beach.

Pilgrims and devotees will also be amazed at the sight of the 50.23-meter (164 ft. 9.56 inches) gargantuan size statue of St. Vincent Ferrer in Bayambang town, the tallest statue made of engineered bamboo which successfully landed a spot in the Guinness World Records on April 5.

The colossal statue, made of steel frame and engineered bamboo cladding, stands tall at the center of the two-hectare emerging spiritual hub situated in Barangay Bani.

Holy Week needs not be boring so visit some of these pilgrimage sites in Pangasinan and enjoy the sights without sacrificing your devotion and penance.