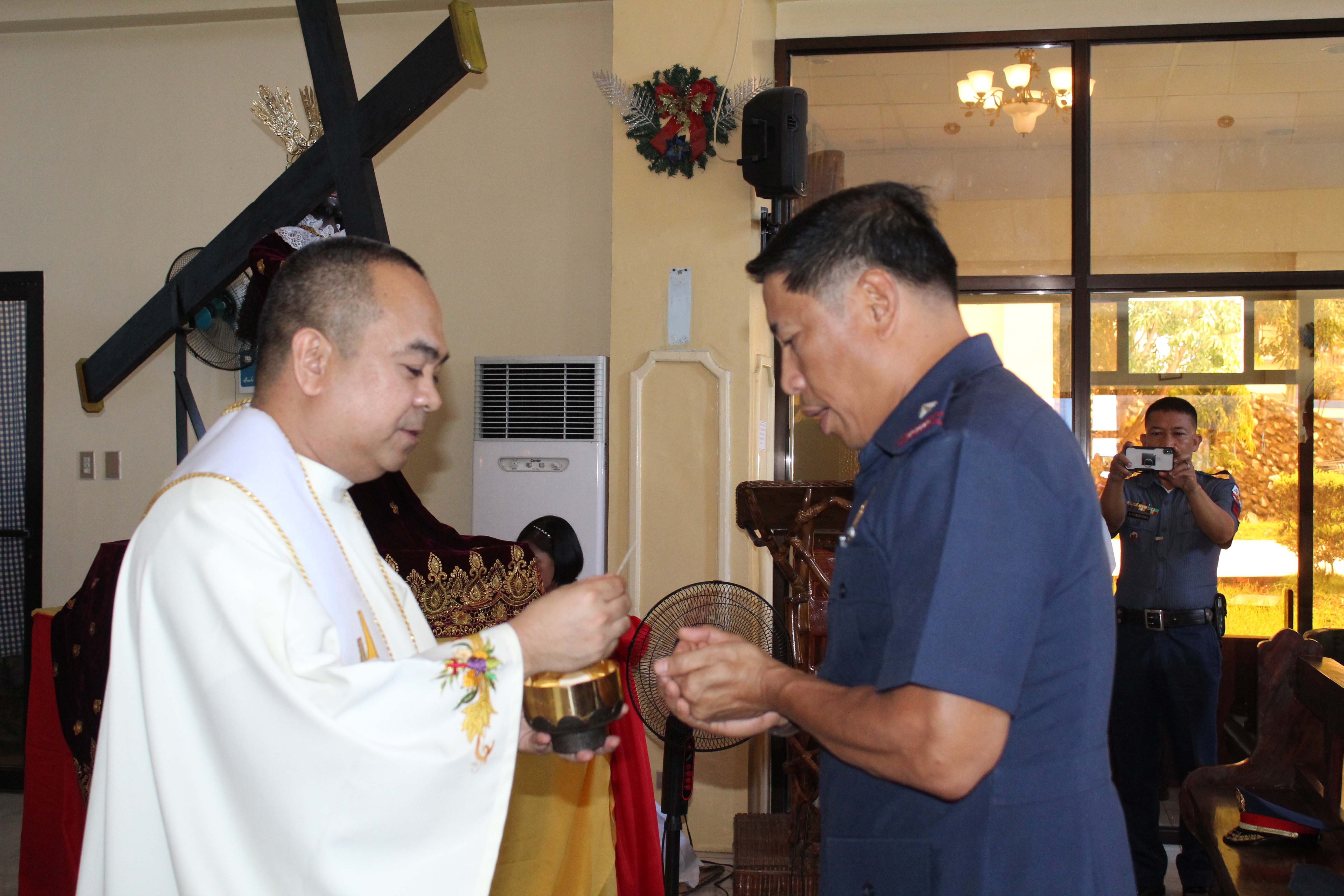 In his homily, he stressed that the PNP Chaplain Service (PNP-CS) is not only for Catholic devotees but also for Evangelicans, Imams and all religious sects. He also added that the major purpose of the PNP-CS is to produce police personnel who are God-centered, service oriented and family oriented.

In his visit, Rev. Fr. Ortizo also imparted instructions from the PNP Chief PDG Oscar D Albayalde and about his desire of an internally cleansed PNP Organization.

He also emphasized the task the Chief PNP has given to them, that is to act as the soft-hands of the whole PNP Organization. Instead of having a punitive approach, we must have this soft hand approach, and restorative approach. He added, “We, the Chaplains must lead in the internal cleansing through spiritual cleansing, for it is when we surrender ourselves to God that we are internally changed. Through this spiritual cleansing, we can achieve culture and attitude change, thereby leading to an over-all internally cleansed PNP Organization.”

PCSupt Sapitula, in his statement after the mass, said that “It is my appeal to everyone to cooperate in this effort at kapit-bisig nating ibalik ang tiwala ng mamamayan sa atin at sa ating organisasyon. Kung hindi natin gagawin ito ay wala tayong patutunguhan maging ang ating bansa.” (PNP PRO1)