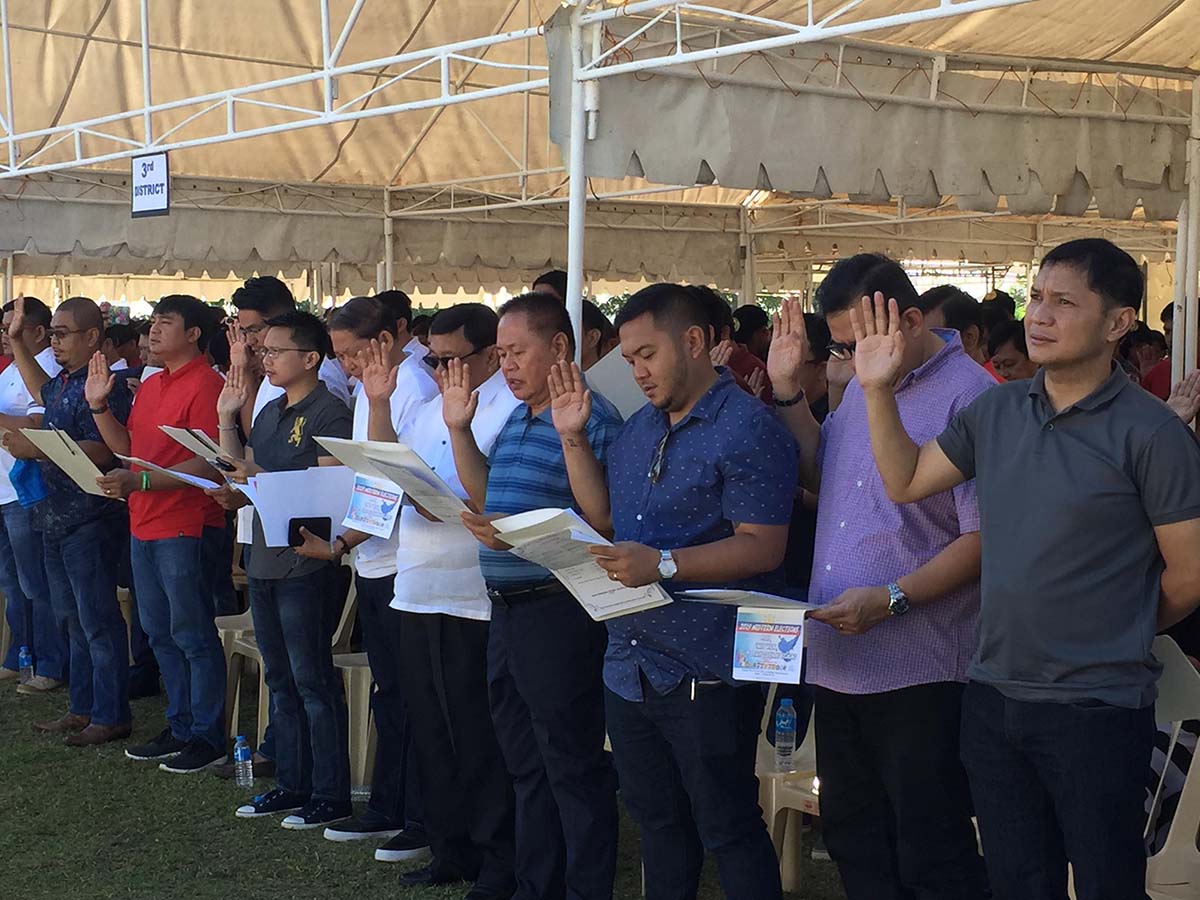 INTEGRITY PLEDGE. Electoral candidates from the provincial, congressional down to the municipal/city level recite the integrity pledge during the peace covenant signing initiated by the Pangasinan Police Provincial Office (PPPO) on Jan. 13 at the PPPO Grandstand in Lingayen, Pangasinan for clean, peaceful, orderly and credible midterm elections in May. In reciting the pledge, candidates promised to abide by the country’s laws, respect the sanctity of the electoral exercise and shun any form of violence. (photo by April M. Montes-Bravo/PIA Pangasinan)
by April M. Montes-Bravo / PIA PangasinanPosted on January 22, 2019January 23, 2019

DAGUPAN CITY – The Pangasinan Police Provincial Office (PPPO) has identified seven towns and a city in Pangasinan as potential hot spots in connection with the May 13 elections.

Lopez said these areas were identified because of intense political rivalries and due to previous election-related violent incidents recorded there.

Meanwhile, Chief Superintendent Romulo Sapitula, regional director of Police Regional Office 1, said he directed all chiefs of police to consider all towns and cities in the entire region as areas of concern so all police personnel are extra vigilant this election period.

He added that personnel from the Regional Mobile Force Battalion were already deployed to the 12 political districts in Region I as reinforcement.

Sapitula, who attended the unity walk, interfaith prayer rally and peace covenant signing held at the PPPO in Lingayen town on Sunday, said at least 90 percent of all the candidates in the Ilocos Region attended the activity which was simultaneously conducted nationwide.