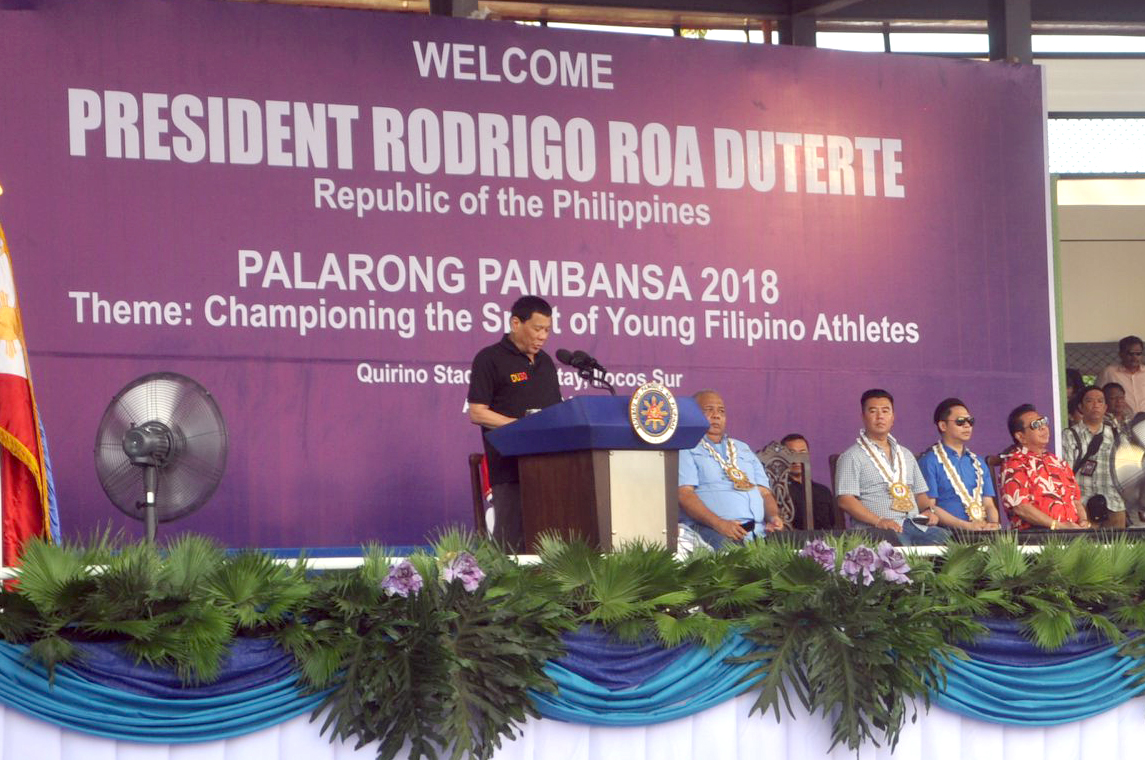 In a message, President Duterte said that more than a showcase of the Filipino youth’s talents and skills in the field of sports, “the Palarong Pambansa serves as a training ground for future leaders and nation builders.”

The President emphasized that the government is dedicated in promoting physical education, encouraging sports programs and supporting athletes, especially when they compete in international events.

Duterte encouraged the youth to get into sports as it serves as an avenue to divert them from illegal drugs, criminality and other lawless acts.

The President told the delegates that the government continues with its campaign to eradicate these “social ills” to ensure a safe and progressive future for the youth and for the next generations.

He also lauded the student-athletes, especially those who came from far provinces, saying that their presence makes them “winners and champions already.”

President Duterte also advised the athletes to not just devote their time in sports but to excel in their studies too.

“Your ability to balance academics and your other interests measures your aptitude for skills such as multi-tasking, time management and decision making – skills that you will need as you take on greater responsibilities in the future,” he said.

He pointed out that the students’ participation in the Palarong Pambansa is just “one of the many firsts” in their journey towards success.

Duterte told the student-athletes to embody good values and enhance their skills as he looks forward to the more significant contributions of the youth to society in the days to come.

To the parents, the President said that they should help their children realize their potential and support them in discovering themselves and exploring the limitless possibilities for their growth and development.

Further, the President thanked the province of Ilocos Sur for hosting the Palarong Pambansa this year and for its efforts to make this annual national sporting event a success.

He said that this is an opportunity for the province to promote Ilocano culture and history, especially as it celebrates its bicentennial anniversary this year.

Lastly, the President called for the participation of the Filipinos in making the national plans and programs tangible as he vowed that his administration will never stop working hard to make the Philippines a better nation. (AMB/PIA-1, Ilocos Sur)