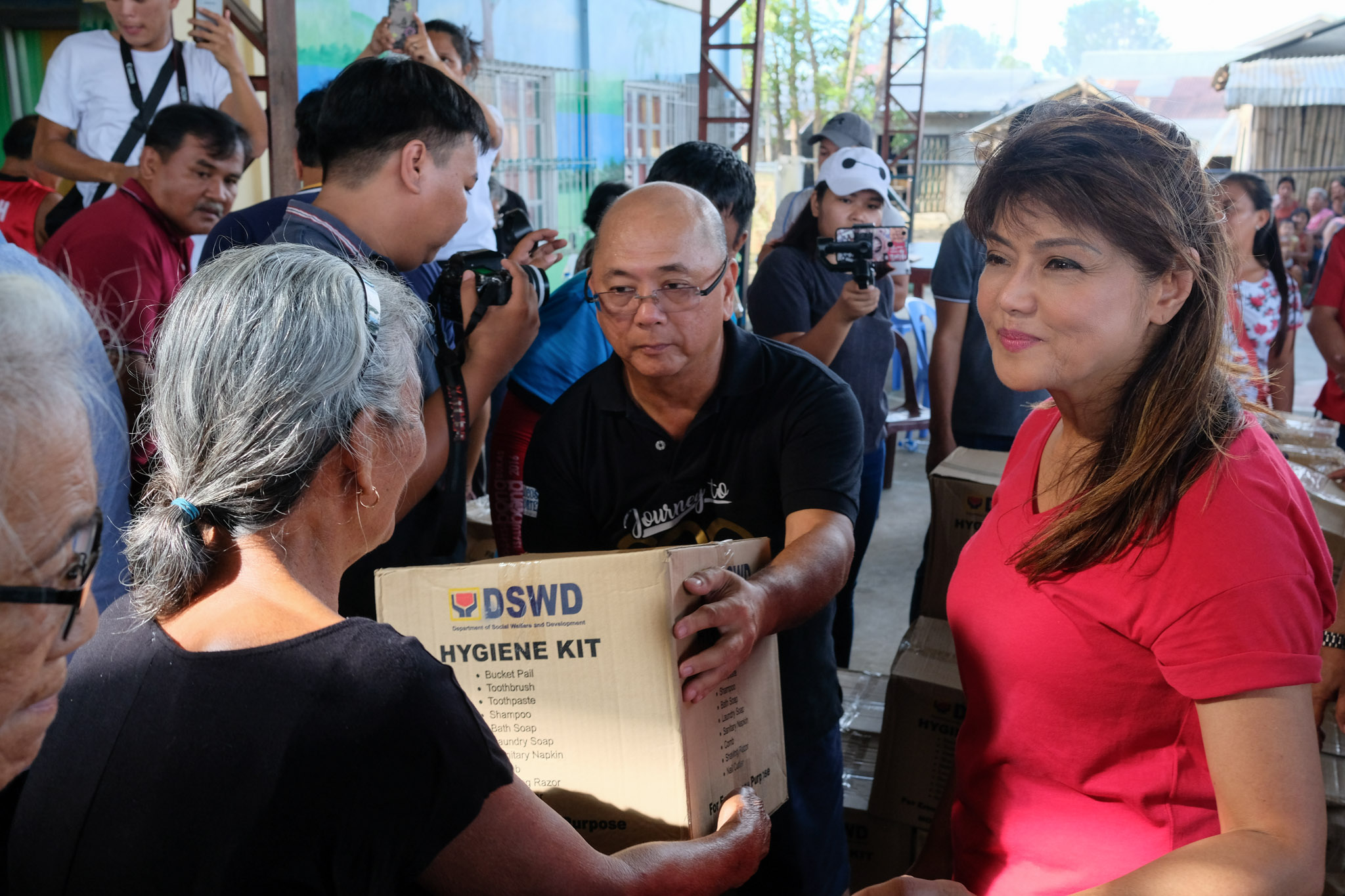 LAOAG CITY – Less than a week after Typhoon “Ompong” battered Ilocos Norte, Governor Imee R. Marcos together with frontline offices of the Provincial Government have been distributing relief packs to hard-hit barangays and gathering requests for assistance to be forwarded to national agencies.

On Tuesday, the governor personally visited and distributed goods to the residents of Brgys. Mabaleng and Colo in Batac City, San Miguel in Sarrat, Sta. Maria and San Antonio in Piddig, and Baresbes in Dingras.

Accompanying her were Provincial Social Welfare and Development Officer Mrs. Lilian Rin; Mr. Edwin Cariño, head of the Sustainable Development Center (SDC); and staff of the Resiliency Office and the Office of Barangay Affairs (OBA).

She congratulated barangay officials and other local leaders on helping the province to achieve zero casualty through implementing pre-emptive evacuation days before “Ompong” made landfall. Nevertheless, she acknowledged the severe damage in agriculture and its impact on the lives of her constituents.

Over P1.9 billion of losses in agriculture have been recorded, with 9,000 hectares of rice fields totally damaged.

In addition, the Provincial Government has already begun coordinating with national agencies for cash-for-work programs. Cash assistance of at least P10,000.00 will also be given to those whose homes were partially and totally damaged by the typhoon, as forwarded to the respective social welfare and development officers.