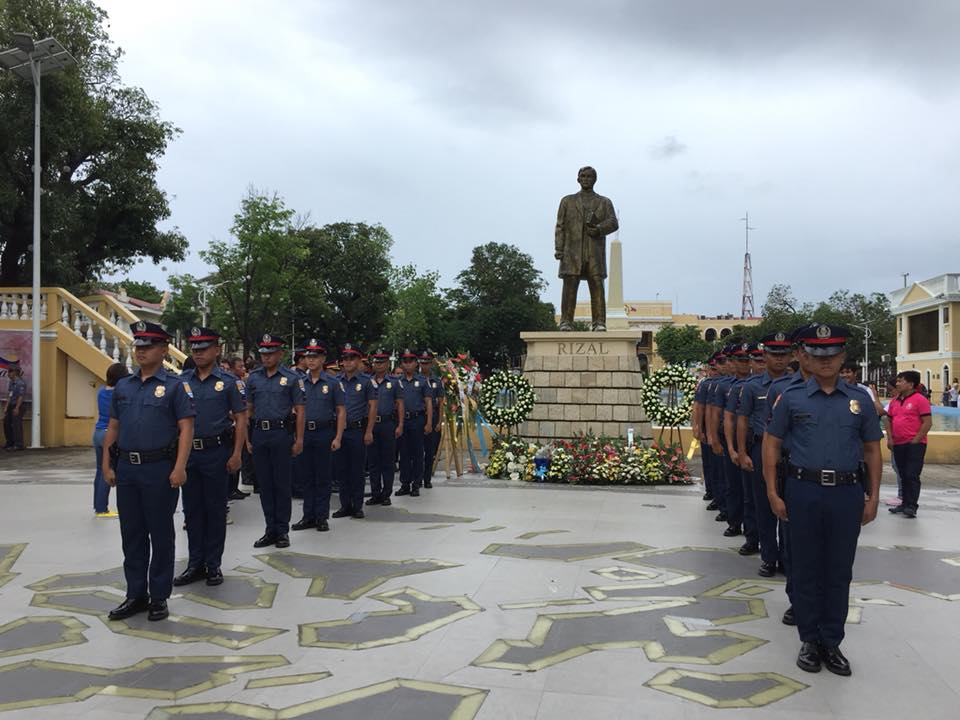 RIZAL DAY. The whole nation came together on Dec. 30, 2019 to celebrate the life of Dr. Jose P. Rizal– a great man considered as a national hero, an icon and a perfect example on how to be a Filipino. In Ilocos Sur, the provincial government, along with the Knights of Rizal and Angalo Lodge No. 63 of the Most Worshipful Grand Lodge of Free and Accepted Masons of the Philippines, Las Damas de Rizal and various national government agencies gathered to honor Rizal on his 123rd death anniversary and martyrdom. The commemoration rites started at 7a.m. with the ceremonial laying of wreath at the Rizal monument in Plaza Salcedo in Vigan City. It was followed by a simple program centered on reflecting on what Rizal have done to achieve national identity and independence. (text/photo by April M. Montes-Bravo/PIA Ilocos Sur)