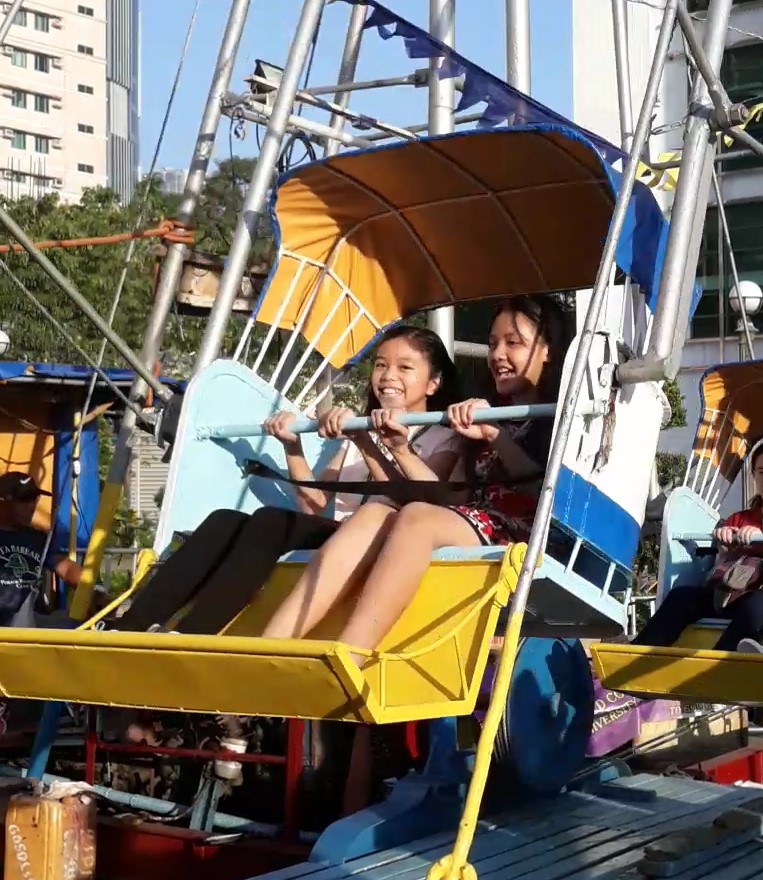 There were fun things to do like riding the ferris wheel, caterpillar, viking and octopus.

I rode the ferris wheel with my best friend Chesca. This ride was a bit fast but it was still fun. It made me feel a bit dizzy.

There were also fun games like popping balloons with darts and throwing balls at tin cans.

Chesca and I scored a lot of points that we could exchange for a prize. I chose a box of slime while Chesca did not pick anything.

There were also inflatables for little kids and bigger kids. Chesca and I went to the big inflatable slide three times because it was so much fun!

There were bazaars where we could buy a lot of things. In the bazaars I bought a notebook, a doughnut squishy, a laser pointer, UNO cards and a Harry Potter time turner.

There were stores where we could buy food like snow cones, siomai, fish balls, pasta or corn.

There were also exhibits for culinary and visual arts.

The Saint Paul College Pasig Fair was so much fun that I am glad we celebrate it every year! (Monique Espejo Torina)