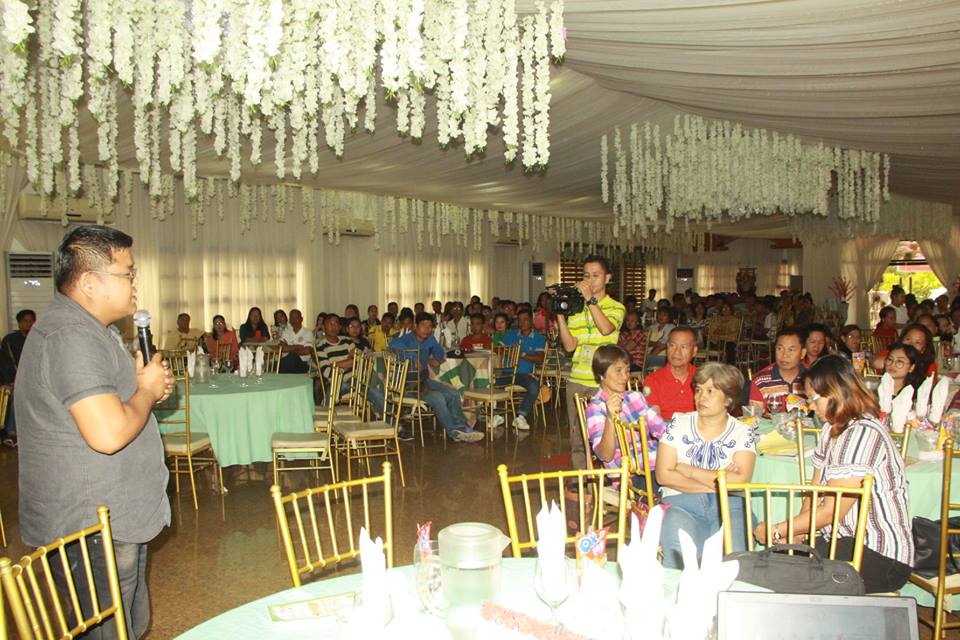 SAN CARLOS CITY – One of the priorities of the Local Government Unit of San Carlos City is developing a healthy community and produce healthy San Carleñans. Thus, the Nutrition Summit was crafted to strengthen the NUTRITION PROGRAMS of the city, particularly at the barangay level. It aims to achieve better care for malnourished children and to orient the newly elected Barangay Officials, SK Chairpersons, SK Kagawad (Committee on Health) and Barangay Nutrition Scholars (BNS) regarding the Organization of Barangay Nutrition Committee (BNC), the Functions of the BNC and Roles of BNS.

In time with the celebration of NUTRITION MONTH 2018 with the theme “Ugaliing Magtanim, Sapat na Nutrisyon Aanihin”, the summit was conducted last July 17 and 18, 2018 at Kevin’s Resort and Restaurant, Mamarlao, San Carlos City. It was composed of batches to accommodate all of the 86 barangays in San Carlos City. The resource speakers that were invited for the summit were from National Nutrition Council- Regional Office I. They were Ms. Eilleen B. Blanco, Nutrition Program Coordinator, Mr. Kendall Gatan, NO III and Ms. Wylibeth Lumpias, NO I. The topics were related to the theme, including Updates on PPAN, Functions of BNC, Roles of BNS and the Pinggang Pinoy. The nutritional status of the city, as well as the programs, projects and activites related to Nutrition were also presented to the body.

The City Mayor, Hon. Joseres Resuello graced the occasion and delivered his message. He emphasized on Backyard Gardening and solicited the support of Barangay officials to work hand in hand with him, noting that this must be a combined effort and he would need the full support of everyone so that the city can achieve its goals on health and nutrition.

The Local Government Operations Officer VI, Mr. Rogelio Quitola was also present with Ms. Arianne Peralta, CLGOO II. Mr. Quitola reiterated to the Barangay Officials their duties and functions as mandated by Law especially the Adoption and implementation of the Philippine Plan of Action for Nutrition – PPAN (Memorandum Circular No. 2018-42).

Dr. Luisa F. Cayabyab, the City Population Officer, who also serves as the City Nutrition Action Officer pleaded the support and cooperation of everyone towards the success of Nutrition Programs in order to fight MALNUTRITION and achieve health for all.