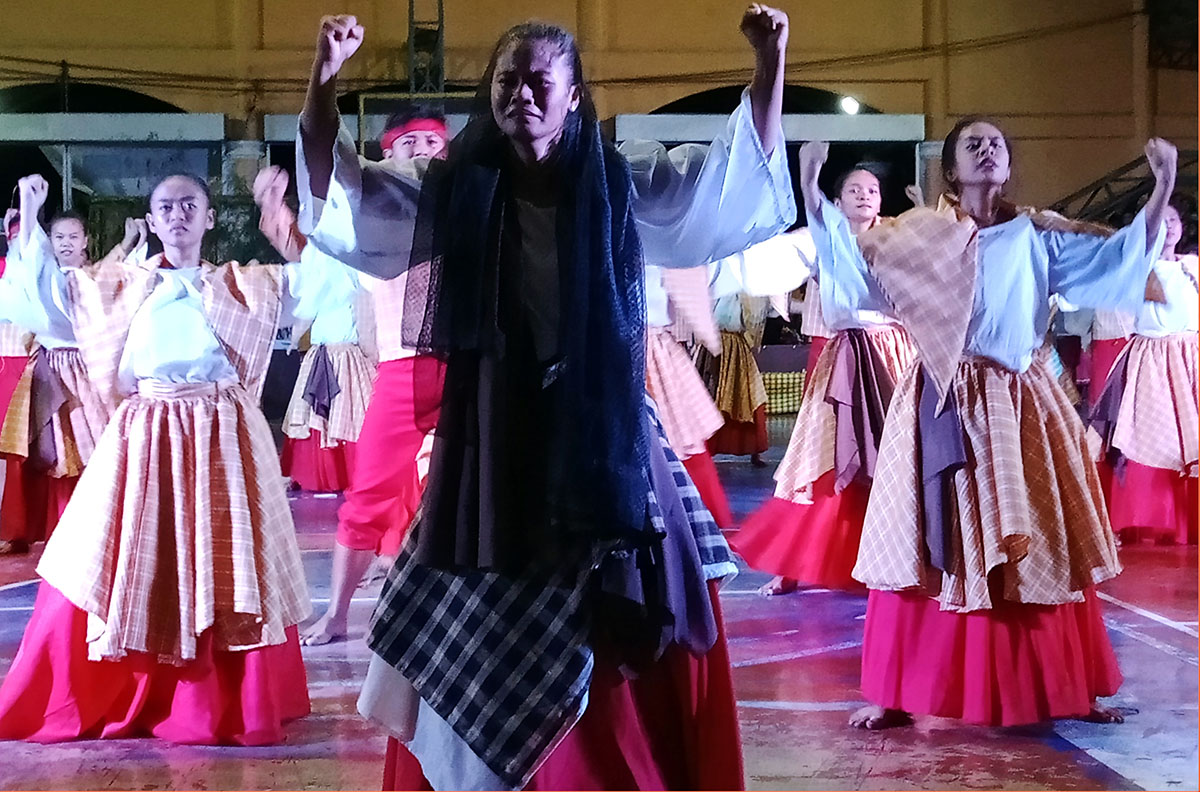 The SJNHSians, spearheaded by the SJNHS cultural dancers, capitalized on the story of the teenager hero, portrayed by Vincent Rodriguez, who saved hundreds of Lapogueňos from being massacred inside the church by the Japanese conquerors. Debbie Utrera, whose sterling performance made everyone teary-eyed, portrayed the grieving mother of Castro.

It was a sweet victory for San Juan NHS which placed 2nd behind Solotsolot NHS in their last showdown some years back.

“It’s another achievement for San Juan NHS; we couldn’t believe we won because we saw that all the contenders were very good, too. This is a concerted school effort headed by our principal, Mrs. Marisa Valoria.,” Ryan Aquino, one of the coaches, said.

Another coach, Ryan Tobias, said that it was a difficult preparation for Team SJNHS.

Dance Instructor Emmanuel Galantoc cited the team’s storyline as one of the bigger factors for the victory.

“I think we won because we did well in the following: storyline, dance elements and execution The music, too, is original. It was composed solely for our storyline, comparing to a contest entry which made use of a hymn from another municipality. Moreover, our storyline is not only festive, there is more to it which the judges saw,” he said.

Charlon Viloria, one of the main dancers said that they had difficulty budgeting their time for the practice sessions.

“Nevertheless, we were able to do it as one for San Juan National High School,” he said.

Annette Molina, School Chairman of the Committee on Performing Arts and MAPEH Coordinator in charge of productions said that aside from the preliminary practices, it took them barely 10 days of “serious practice” to prepare for the much-awaited showdown.

For its feat, champion San Juan NHS received P30,000 and a certificate of recognition while Solotsolot NHS had P20,000. San Juan Institute and Nagsuputan National High School, received P15,000 and P10,000 respectively for garnering 3rd and 4th place respectively. The contest was sponsored by the San Juan municipal government. (Edward B. Antonio)