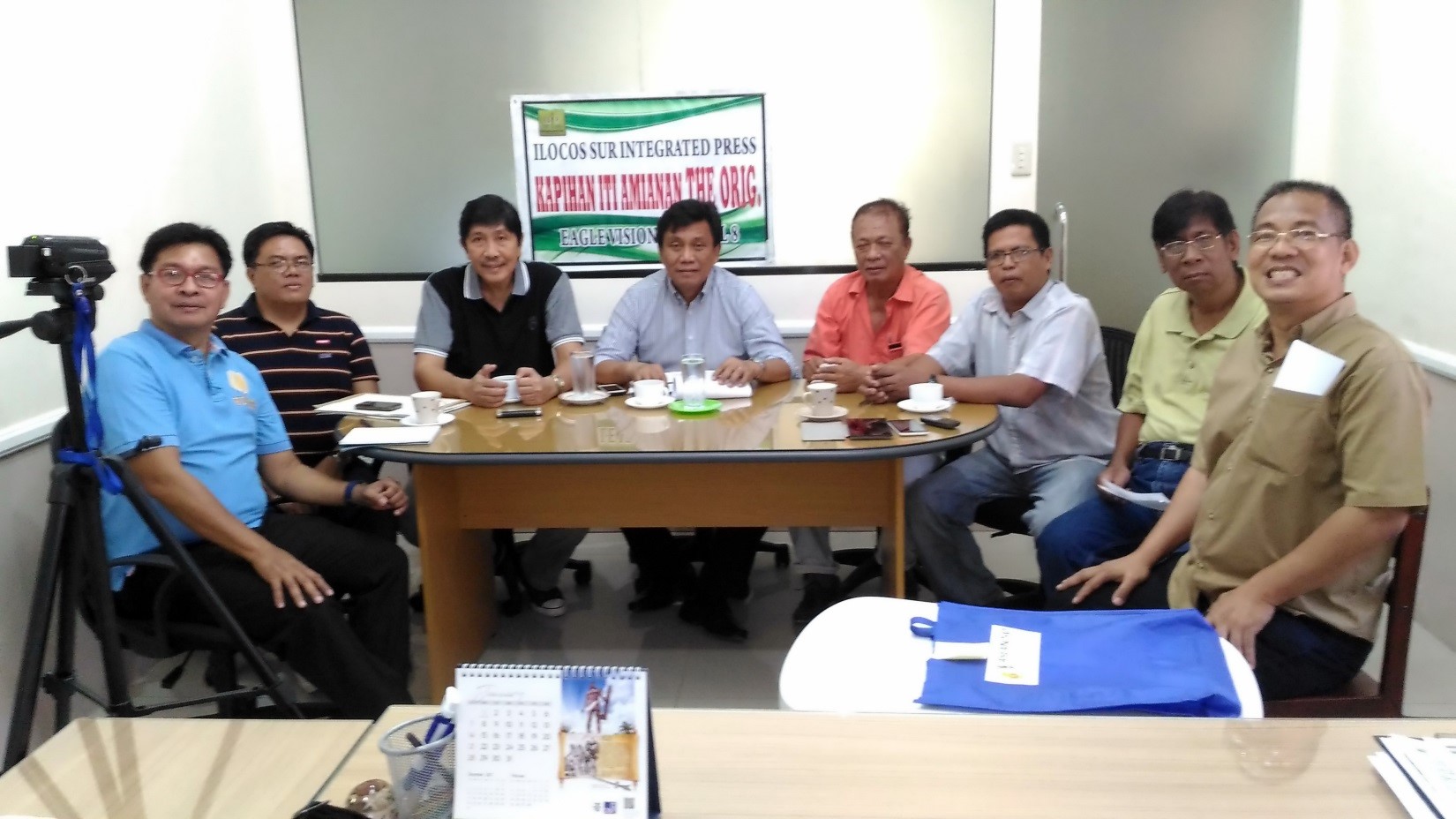 STA CATALINA, ILOCOS SUR – “I want to dedicate the last half of my term in helping more our people.”

Thus emphasized Sta. Catalina Mayor Edgar “Plong” Rapanut in a press interview at his office this weekend, saying he is prioritizing three things at the moment: the people’s health, the seawall structure that would extend 4 kilometers along the seashore and a long-term solution to the crop infestation that afflicted the farmers recently.

“The original seawall plan that would cost 30 to 60 million pesos has been changed because the breakwater distance has become longer and higher these days, so we came out with a revised plan to build a sturdier, bigger seawall that migh cost P90 million through the initiative of Congressman DV Savellano. But we will no longer demolish the old seawall; it will serve as our shore’s first line of defense,” he said.

He also stressed the necessity of coming out with a long-term solution to the crop infestation problem among the farmers that affected 150 hectares of cauliflower fields.

“We combined six different pesticides but to no avail that’s why we have invited scientists from the Department of Agriculture to examine these infected crops and come out with a pesticide that would eliminate these pests,” he said.

He also said that this year, they started planting tobacco but on a small-scale basis.

“Our soil is salty, so this is a form of experiment. Our tobacco fields cover only 7 hectares under the contract growing scheme hoping that this would yield positive results. If this would be successful, then we have an alternative crop aside from vegetables and eventually, we would benefit more from RA 7171,” he said.

Rapanut said that aside from these projects, he also wanted to prioritize the people’s health.

“We may have all these structures and all the bountiful crops, but if our people are sick, these seem to be void. That’s why I am dedicating the last half of my term in helping more our people in term of health,” he said.

He was amused by the revelation of the interviewers when he learned that Barangay Cabittaogan is probably the landing point of Juan de Salcedo, the Spanish conquistador who founded Vigan in 1572.

“That would be a historical place and if developed, will become a tourist attraction outside Vigan,” he said.

Regarding peace and order, he said he is complacent that the PNP would be on top of the situation this coming global reunion. He entertained, however, the idea of putting up a check point at the entrace of the town as a monitoring measure to all those coming in to the town.

He also invited everyone to join the Rhythm Festival, a 3-day beach party in Sta. Catalina this Kannawidan Festival to be graced by movie celebrities and bands with the theme ‘Air, Water and Fire,’ the first of its kind in the province.

“With all these things, we will slowly, but surely develop tourism industry in our town,” he said.