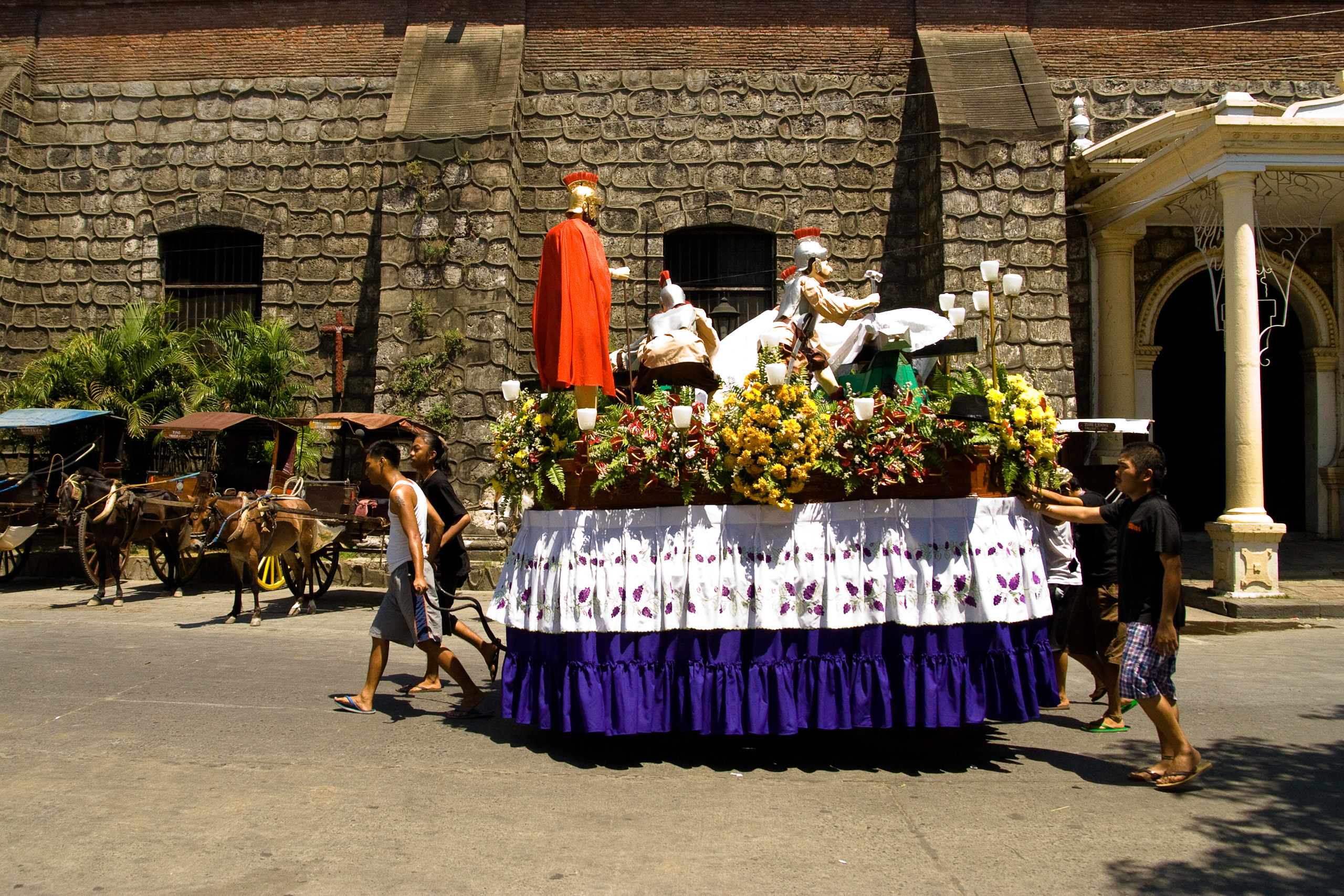 SEMANA SANTA. Young men endure the heat of midday as they wheel a carroza portraying the crucifixion of Jesus to the church of St. Paul in Vigan City, Ilocos Sur in this file photo taken during Palm Sunday in 2008. These religious statues are prized heirlooms, belonging to prominent families of Vigan for many generations and are considered as marks of wealth and prestige. They are brought out only during important occasions, especially during the Lenten season when they are paraded around the center of the town in a religious procession that is widely attended both by residents and the many tourists that visit Ilocos during this season. (photo by Jasper A. Espejo)