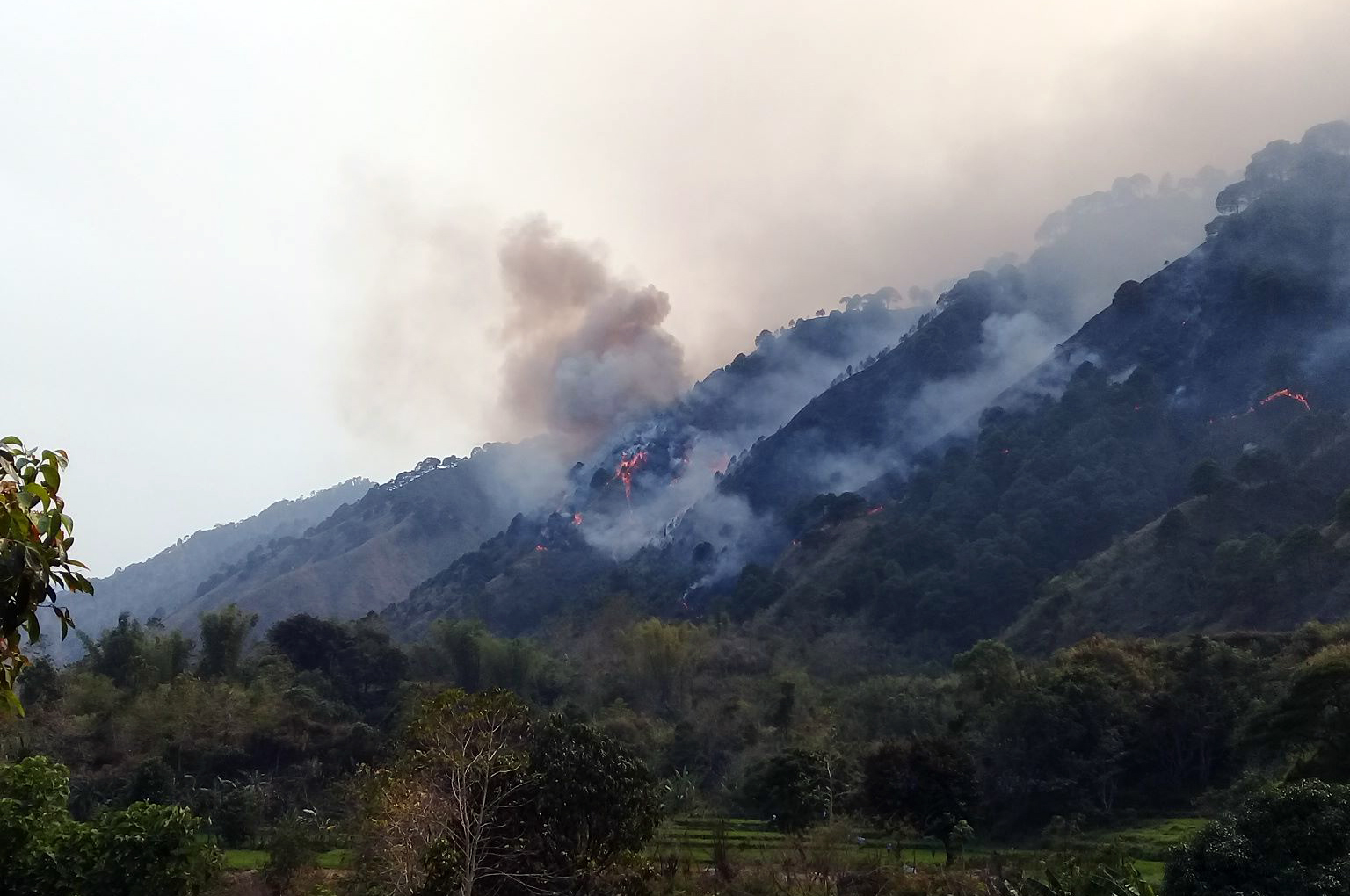 SMOKEY MOUNTAIN. Forest fire in Cervantes, Ilocos Sur believed to have originated from a vegetable farm being developed in the adjacent town of Bakun, Benguet. Fires again destroyed forests in Benguet province on Mar. 10, burning an estimated 15 hectares of mountain lands. Lack of rain since December last year has made the forests susceptible to fire, and slash-and-burn practice of farming in the mountainous areas of the Cordillera have contributed to the blazes that have so far claimed the lives of five foresters and an elderly farmer. (photo by BFP Cervantes)