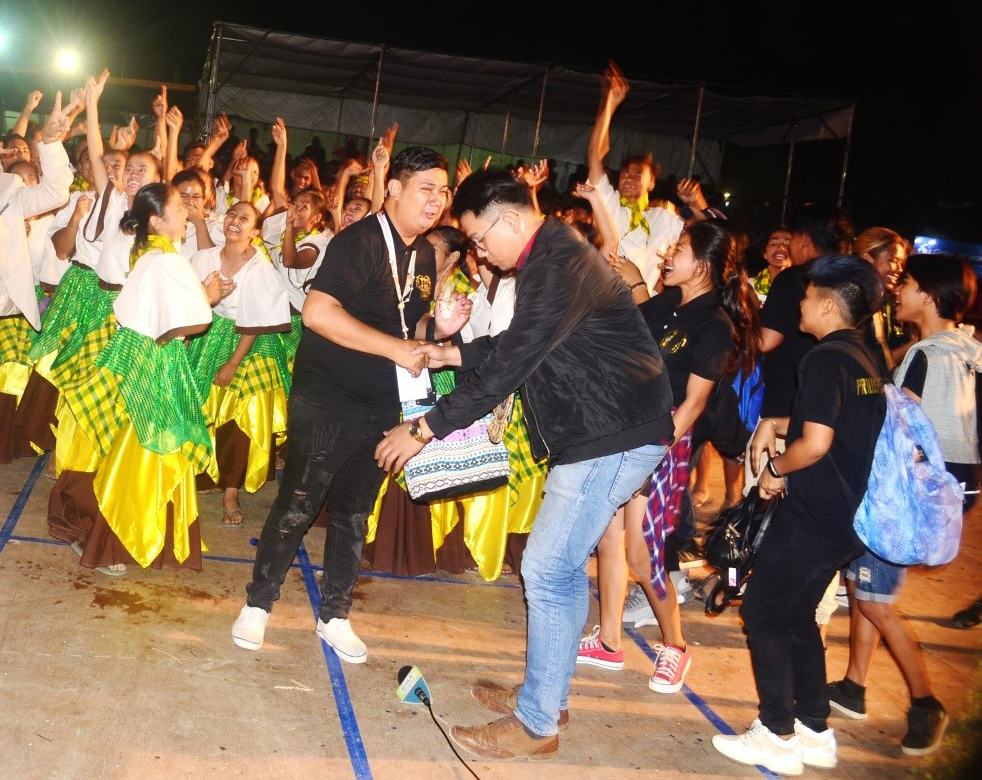 STA. MARIA dancers, coaches and supporters whoop it in jubilation up after the announcement that their team wins first place in the 2018 Bicentennial Kannawidan Street Dancing competitions. (Photo by E. Antonio)
by Edward B. AntonioPosted on February 12, 2018January 20, 2019

VIGAN CITY – The Sta. Maria street dancers, behind a magnificently executed showdown presentation from the senior and junior high school students of Ilocos Sur Polytechnic State College (ISPSC), made history as they trashed all other street dancing teams to win the 2018 Bicentennial Streetdancing crown here at the Tamag Grounds, February 7 evening.

The dancers’ big-bang opening salvo showed the release on air of a rosary made of balloons and afterwards, the audience was astounded with more innovations including the release of scores of doves that impressed the judges.

Sta. Maria pocketed the P200,000 first prize plus plaque and another P10,000 for being adjudged as Best in Production Design.

San Juan won a minor award as Best in OTOP (One Town, One Product); Suyo was Best in Art; Caoayan was Best in Costume while Vigan City was adjudged as the Most Disciplined Contingent.

“Our one-month training was a daily practice until 8:00 PM. We focused on the presentation of the town’s distinctive features such as the Sta. Maria Church, the waterfalls, the production of balikutsa and the making of suka (vinegar),” he said.

He also hoped the provincial government will continue sponsoring the contest so as to promote dancing among the youth.

Production Staff member Richard de la Cruz who is also the adviser of the Supreme Student Council (SSC) of ISPSC said that the funding of their materials came from the student activity funds of the SSC.

“Come next year, we will come back to defend our crown,” he said.