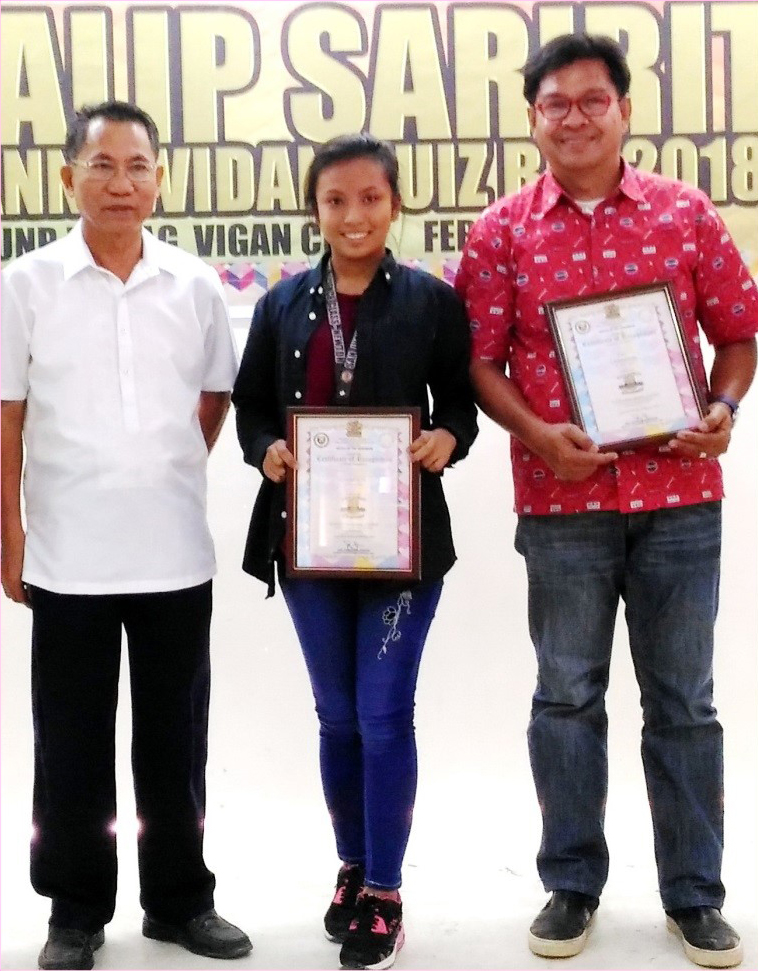 VIGAN CITY – Tawid News Magazine congratulates our columnist and news contributor Edward Antonio for being recognized as a Champion Adviser-Coach in the 2018 Search for the Most Outstanding Supreme Student Government (SSG) in the Province of Ilocos Sur.

Mr. Antonio, a Master Teacher II of San Juan National High School (SJNHS), was given the award this 2018 Kannawidan Festival as adviser for the SSG of SJNHS.

He is also the Champion Coach of First Placer Jonabelle Manabat in the Ilokano Poetry competitions held at the University of Northern Philippines (UNP), February 2, 2018.

Antonio, a Most Outstanding School Paper Adviser of Region 1 and in the Philippines in 2005 and 2006, was also Outstanding SSG Adviser of Region I in 2013 and a national essay-writing 1st placer coach for Zandra Alessia Quilala in the  National Rizal Youth Leadership Institute conference and competitions held in Baguio City in 2015. He was 4th Placer in Poetry Writing in the 2017 GUMIL-FILIPINAS national convention On-The-Spot Poetry Writing Contest held in San Fernando City, La Union in May 2017.

He has been writing for Tawid News Magazine for the last 3 years.