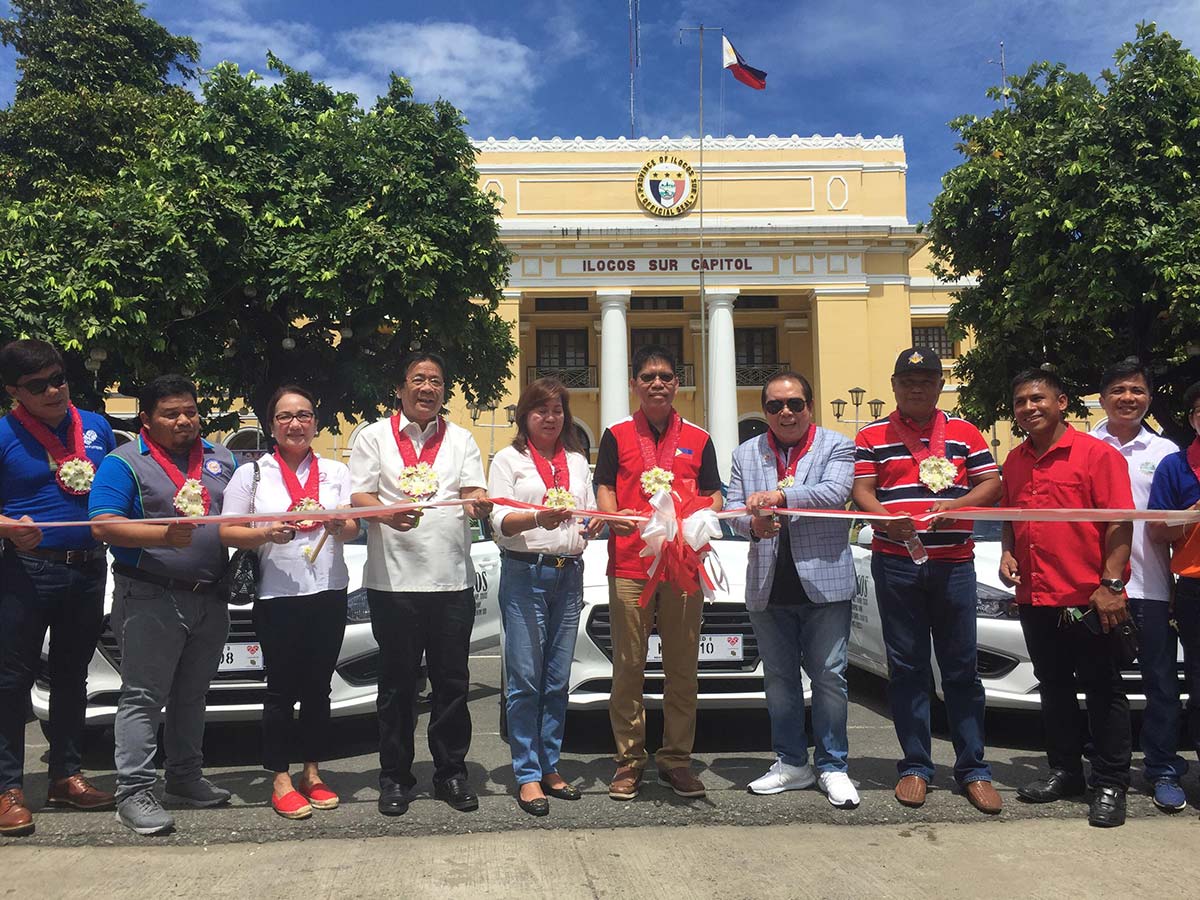 VIGAN CITY — The historic re-launching of taxi services in Ilocos Sur and Ilocos Norte was led by Land Transportation Franchising and Regulatory Board (LTFRB) Chairman Martin Delgra III on August 29 in front of the Provincial Capitol in this city, as part of the launching of Arangkada ng Pagbabago Tungo sa Kaunlaran.

This is one big program of the national government affecting Filipinos in the whole country, said Delgra, as he appreciated the Bantay Kalsada program of the Provincial Government of Ilocos Sur led by Governor Ryan Luis V Singson, the local program that strictly implements the road safety laws of the country with the united efforts of the Task Force members that include the Land Transportation Office, the Philippine National Police, LTFRB, and private groups of the community.

Arangkada ng Pagbabago Tungo sa Kaunlaran is a program of LTFRB and the Department of Transportation, a series of Modern Public Utility Vehicle (PUV) Caravan being launched in the country’s regions from July 2019 to January 2020 to promote public awareness of the PUV Modernization Program (PUVMP) with the private sector.

Delgra led the awarding of Provisional Authority to Operate to the operators, Ilocos Transport Cooperative for Ilocos Sur to any point of Region 1, and Troy Darren Express for Ilocos Norte to any point in Region 1. Fifteen franchises for each of the provinces were given. Another 15 will be given to La Union and another 30 will be given to Pangasinan.

Delgra reminded everyone who witnessed the event that a franchise given by LTFRB is not for sale, but free. He warned that any LTFRB employee who requires fee for franchise wiil be removed from work. And anybody who pays for franchise will not be given the franchise.

The giving of taxi franchises is in compliance to the LTFRB Memo Circular 2019 – 014 or opening of additional Franchises from Regions 1 to 10. The office was mandated to act on proposed additional routes pursuant to the Public Utility Vehicle Modernization Program.

This PUV Modernization Program is a flagship program of the Duterte administration that envisions a restructured, modern, well-managed and environmentally sustainable transport sector where drivers and operators have stable, sufficient and dignified livelihoods while commuters get to their destinations quickly, safely and comfortably, said Delgra.

It is a comprehensive system reform that will entirely change the public land transportation industry. It features a regulatory reform and sets new guidelines for the issuance of franchise for road based public transport services. It devolved the function of route planning to the local government units as they are more versed in the terrain and passenger demand within their respective territorial jurisdiction.

The LGUs are required under the program to submit their own Local Public Transport Plan (LPTRP) as a pre-requisite for the opening of PUV franchises within their jurisdiction. Route rationalization studies will also be conducted to determine the appropriate mode, quantity and service characteristics of the public transport service in each corridor which will make the routes more responsive to passenger demand and ensure that the hierarchy of roads and modes of transportation are followed.

The increase of population, growth of tourism industry and rapid economic development led to the opening of additional routes and approval of Certificates of Public Convenience.

The event was conducted with the Provincial Government of Ilocos Sur and witnessed by representatives of the local government units of Vigan City and Laoag City, Cooperative Development Authority and the transport groups of the two provinces. ●