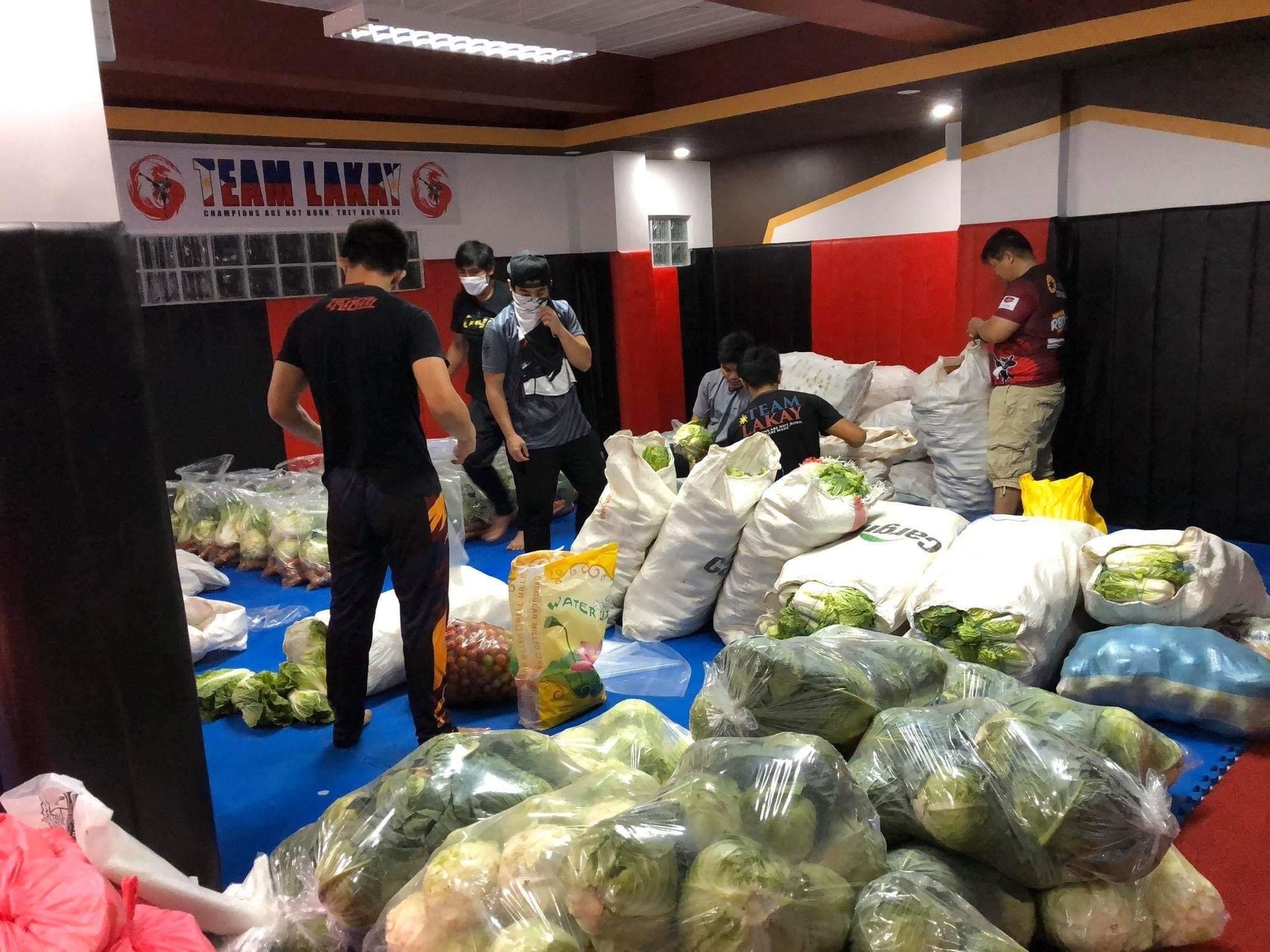 LA TRINIDAD, Benguet — With their usual schedule of activities put on hold because of the enhanced community quarantine, Team Lakay members are instead focusing their energy on their community responsibility by organizing a relief drive for their province mates.

The brightest stars in the ONE Fighting Championship, including former ONE lightweight champion Eduard Folayang, showed up at their gym in barangay Pico on Friday, not to train but to pack and deliver some 300 food packs.

The team later headed to barangay Balili to distribute relief goods to at least 200 families. Then they motored to barangay Navy Base in Baguio City also to hand food packs to the community. Navy Base is home to Folayang, considered as “the face of mixed martial arts in the Philippines.”

Team Lakay has earlier distributed relief packages in Camp 4, 5, and Twin Peaks in Tuba, Benguet as well as in Sablan in partnership with Benguet caretaker congressman Eric Go Yap of the ACT-CIS Partylist.

“We’ll see in the coming days if there would be available resources, then we would be distributing another batch,” Sangiao said, adding that Team Lakay members are pooling their resources to extend help to more communities in need.

As to keeping his stable of athletes, considered among the best mixed martial artists in Asia, fit and combat-ready while in quarantine, Sangiao said his athletes are continuing training in their own homes.