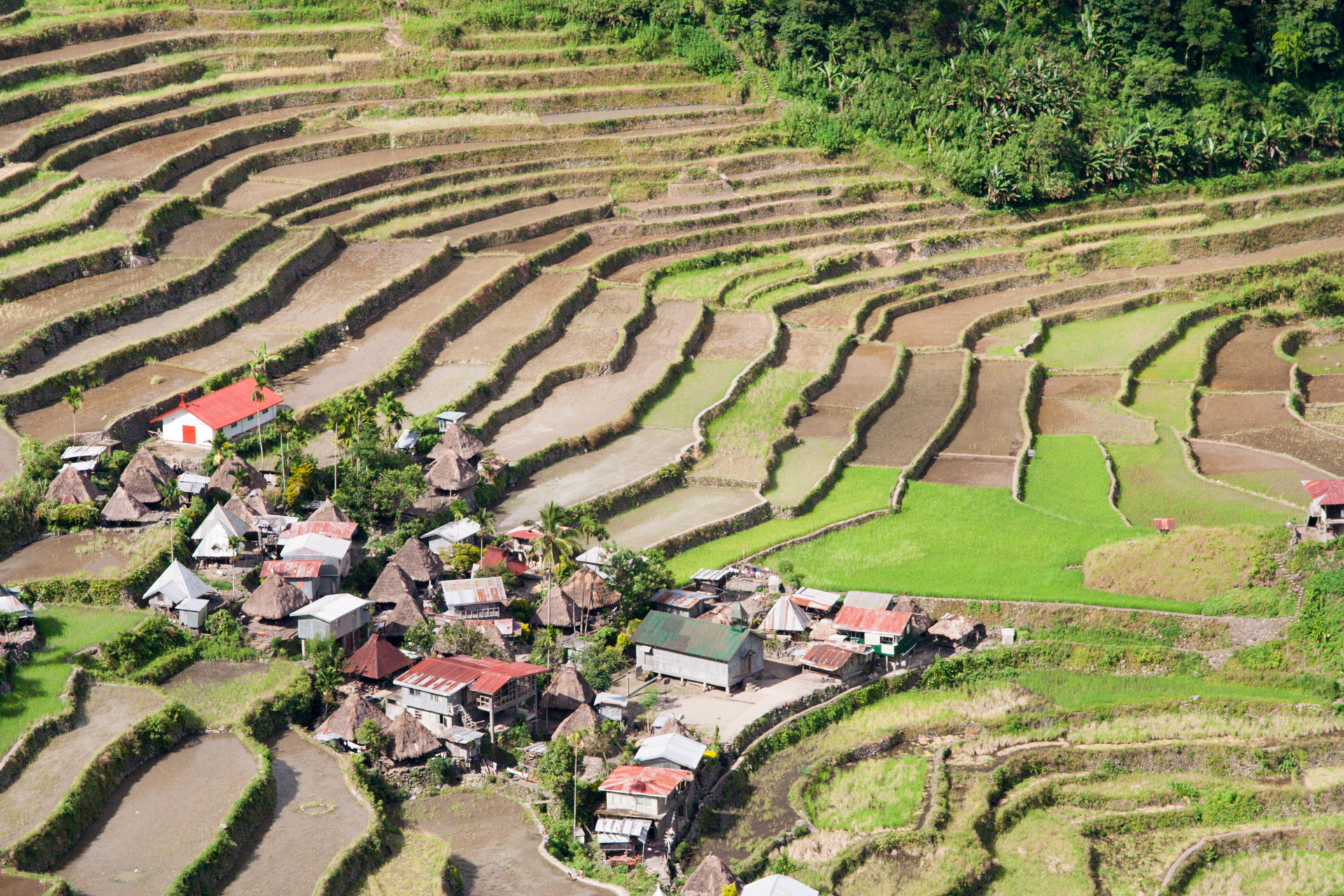 Ten years ago, I made an extraordinary trip from Mandaluyong City, where I was residing at that time, to Vigan, my hometown. Anybody who has taken this northbound trip would know that the travel time takes from 8-10 hours by bus nowadays. But this trip I took in 2008, I planned to be different. I left Manila on the night of Oct 21 and arrived home 13 days later on Nov 3. It was the longest route going home I had ever taken, and it turned out to be a memorable journey.

I planned to be home for my birthday in October but did not like the prospect of sitting in a bus for half a day. Back then, the Subic-Clark-Tarlac Expressway extension of the North Luzon Expressway was just newly opened, and most buses did not ply it yet, while the Tarlac-Pangasinan-La Union Expressway was still non-existent. A daytime trip from Manila to Vigan on a bus would sometimes last 12 hours on days with heavy traffic or with many commuters. Such trip would literally be a pain in the buttocks.

A few weeks before my planned travel date, I came up with the idea to turn a dreary trip to a more interesting one. I had always taken the usual route home, onboard Partas buses that plied the national highway passing along the western side of Northern Luzon. I was aware of another national highway that passed through the eastern side of Northern Luzon and that it connected with the national road in Ilocos via the Patapat Viaduct along the boundary of Ilocos Norte and Cagayan.

So, I challenged myself: why not take the long road home? Instead of taking the usual Ilocos-bound buses, I could take a trip to towns on the eastern side of Luzon and then take a bus in Tuguegarao, Cagayan that would bring me to Laoag, Ilocos Norte, then another bus, finally, to Vigan, Ilocos Sur.

Most of my life was spent living on the island of Luzon, yet I had never been to its eastern side. This was my chance— perhaps my only chance—to see the other side of Luzon that I had not visited before.

I went online and researched about transportation, the places I could visit along the way and where to spend the night. Back in 2008, gathering travel information online was not yet that easy because there were only a few local travel bloggers back then. Eventually I came up with a checklist of places, but there were gaps of information along the way about the availability of transportation. I convinced myself that as long as there was some form of transport going from one province to the next, I should be able to move northward without any problem.

And so, on Oct 21, 2008, I packed my 8-year-old but still durable blue Deuter backpack— my trusty companion on many other travels— and took a taxi to the GV Florida Bus station in Manila to start a journey which I originally planned to last 7 days but ended up taking almost two weeks. 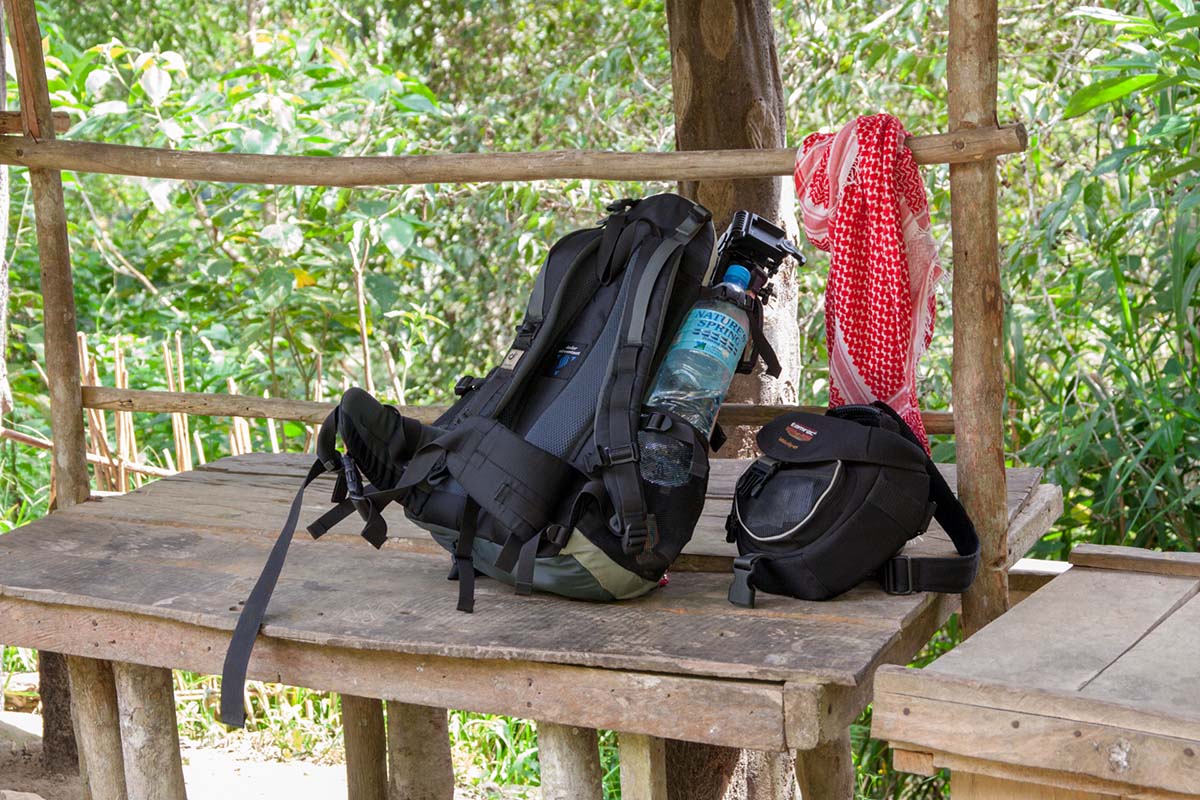 The first town to visit in my list was located in the mountains of Ifugao. I saw photos online of a village called Batad, and I was enchanted by the view of a village situated at the bottom of a terraced mountain that looked like a huge amphitheater. Descriptions about getting to the place sounded daunting: it required hiking up a mountain and down the other side. I thought to myself, I had been going regularly to the gym for a few years, I was fit enough to handle it.

The Florida bus left before midnight. It was bound for Banaue and I learned that the trip took about 8 hours. I expected I would arrive in Banaue in the early morning. Just the right time to start my trek up the mountain.

The trip was uneventful, and I slept for the most part. I remember waking up to stretch my legs at one bus stop. At some point past midnight, our bus broke down, and we spent an hour stranded in a dark stretch of a mountain road bordered by tall trees while the bus driver and the conductor fixed the problem in the dim light of a flashlight. Fortunately, the problem was fixed, and we were eventually on our way again.

The next time I woke up, our bus was parked on the side of the road. The sun was up but the air was chilly. From my bus window I saw a vista of mountains with terraces cut along the sides. For the first time in my life, I was in Ifugao, and I was looking at the world-famous Banaue rice terraces.

There were tricycles waiting for passengers as I got down the bus. I asked one to bring me to the trail leading to Batad. The tricycle ride took longer than I expected along a mountain road that was mostly dusty and bumpy. Eventually we arrived at the bottom of a wide, unpaved trail that led up a mountain. The trail had tire marks and it looked like vehicles, probably jeepneys, passed through it but that morning I saw no vehicles around.

I did not have breakfast. I thought there would be some place to eat where the trail started but I was wrong. There was only a lonely wooden hut where a young man sat inside, silently carving small bul-ol or wooden rice gods for sale as souvenirs to passing tourists. I watched him work for a few minutes and took photos. I bought two small pieces of his carvings, then started walking up the trail. Halfway up the mountain, I began to realize that my regular gym-routine was of no help. I liked lifting weights, but cardio, not so much. Good thing I did not feel weakened by my lack of breakfast and luckily, I still had enough water in my water bottle. I noticed water dripping down the rocks that bordered one side of the mountain trail. In one place, someone had fashioned a semi-cylinder out of a long leaf and stuck one end to the side of the rocks with twigs to collect the water which trickled down the other end. The water looked clear enough to drink. I cupped my hands and sipped a bit.

Articles I read online about the hike told me that if I start the hike in the morning I should be in Batad village by noon. Maybe because I walked too slowly or stopped too often to take photos, by twelve noon, I was still at the point called “saddle” at the top of the mountain where the trail stopped going up and started going down. 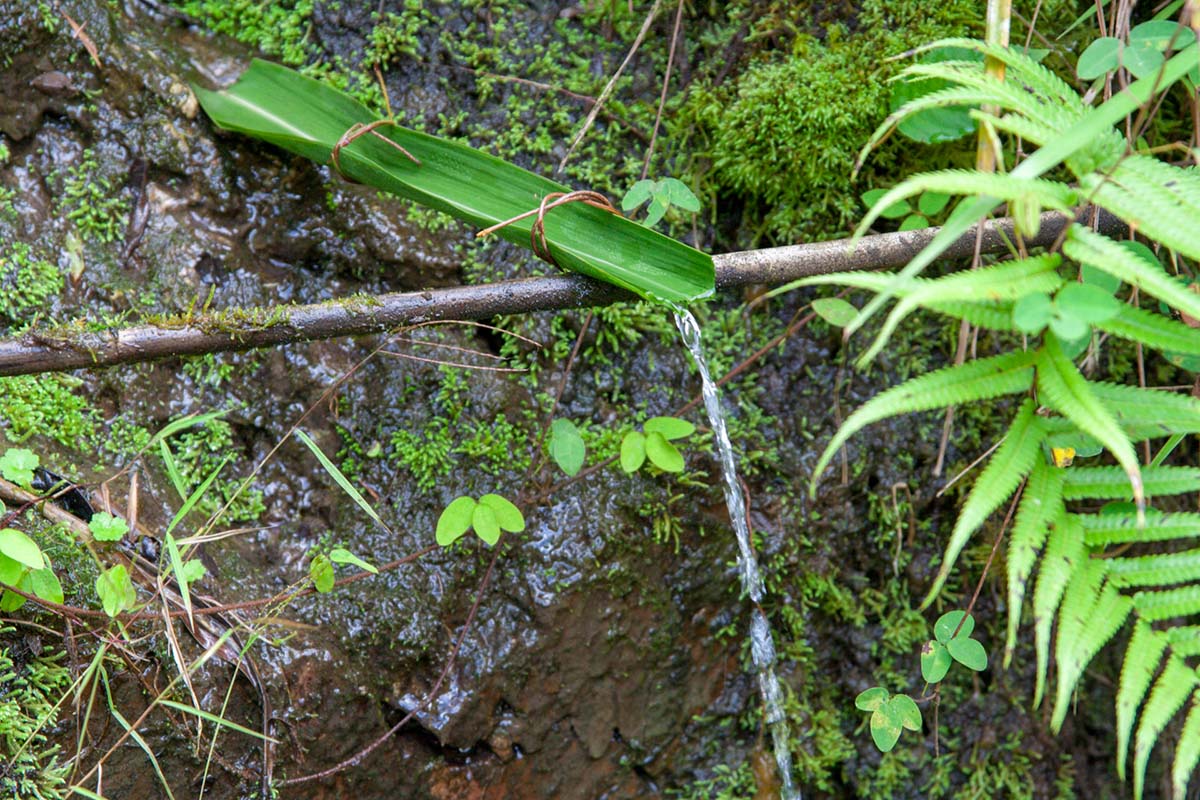 I was happy to find a sari-sari store at the saddle, but the only food I could buy was Skyflakes crackers. I sat on a wooden bench under the shade of a tree and rested for a while as I ate the dry crackers. At the rate I was going, I was beginning to worry if I could reach the village before sundown. This was before phones had GPS and reliable Google Maps, so I had no idea how far I was from the village. I did not bring a flashlight.

I did not rest for too long and resumed walking. The trail was now going downward but it did not feel any easier than going up. I started feeling pain in my thighs. The trail was lonely. Going up, there was one foreign guy going the same direction who easily overtook me. Going down on the other side of the mountain, I did not meet a single soul.

I was already walking for more than 4 hours and still had no sign of being anywhere near a village. I was starting to grow worried, but as I rounded a bend on the road, I finally saw a house. A few steps further and I found myself at a vantage point staring out at an amazing view that until that afternoon I only saw in photos. The rice terraces of Batad in the afternoon sun had a quiet beauty that no photograph could ever do justice.

An old man standing next to a small wooden structure asked me to sign what turned out to be a tourist logbook. Afterwards, he pointed me to a place where I could stay. The house was owned by a former village chief and had a great view of the terraces from a balcony. I ordered food and a cup of hot coffee and spent the rest of the afternoon watching the mountains before me until the scene grew dim and the stars came out.