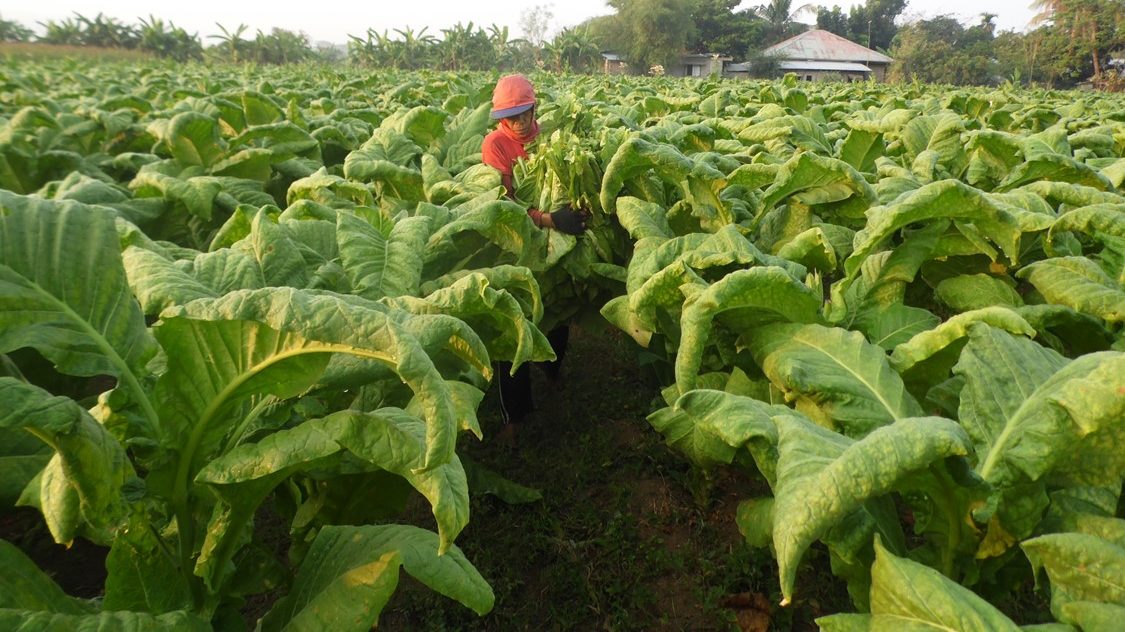 QUEZON CITY — Two of the largest farmers’ organizations cultivating the crop announced a unified position a day before the biennial negotiations for the floor price of tobacco take place in this city.

In a joint statement, the Solidarity of Peasants Against Exploitation (Stop Exploitation) and the National Federation of Tobacco Farmers Association and Cooperatives (NAFTAC) vowed to push for “right and just” price for tobacco.

“This coming Tobacco Tripartite Consultative Conference (TTCC), we should unite and with all our might assert until we achieve the right and just price of tobacco,” said the statement.

Stop Exploitation secretary-general Zaldy Alfiler explained they agreed with NAFTAC to “push for the highest possible demand while ensuring that increase will not be lower than the amount from the workshop result.”

He said that at least for the Virginia type, his group’s demand for P128 per kilo would be the highest while the minimum is P28.00; the amount arrived during the workshop last August 29 in Candon City.

According to him, since 2003, the average increase on the floor price of tobacco is only P3.00 while the cost of production has almost doubled in the same period.

Based on the data provided by Stop Exploitation, the cost of production for a hectare of tobacco is about P273,600. The amount was four times the production expenses of P67,230.00 in 2003.

Both groups also assailed the National Tobacco Administration (NTA) for calling a clandestine meeting between traders and NAFTAC leaders headed by Mario Cabasal. They said NTA allowed Rudolfo Salanga, the representative from the corporate sector, to facilitate and coerce farmers to accept the meager increase during the last tripartite negotiations.

“We don’t want this to happen again,” they said

The statement signaled the first time the two organizations came up with a united position to put forward across the negotiating table.

Before this, NAFTAC president Bernard Vicente scored the proposed increase on the floor price of tobacco for being “very far” from the consolidated results of the pre-tripartite workshop of farmers. The technical working group, who consolidated the results, recommended P7.00 across all grade of tobacco.

They also questioned NTA for selling fertilizer to farmers at a higher price compared to agricultural stores.

“This is contrary to NTA’s mandate to provide support to [tobacco farmers],” the statement said.

The statement added: “the assertion to increase the price of tobacco is urgent and just with the steep rise of prices of basic needs and productions inputs.” The group attributed this to the Tax Reform for Acceleration and Inclusion Law (TRAIN Law) implementation.

Based on the data provided by the groups, chemical pesticides used in growing tobacco increased by P20.00 when the government implemented the TRAIN Law.

They called on other farmers organizations’ to “harness the exceptional strength” of the sector to attain a reasonable price for their product.