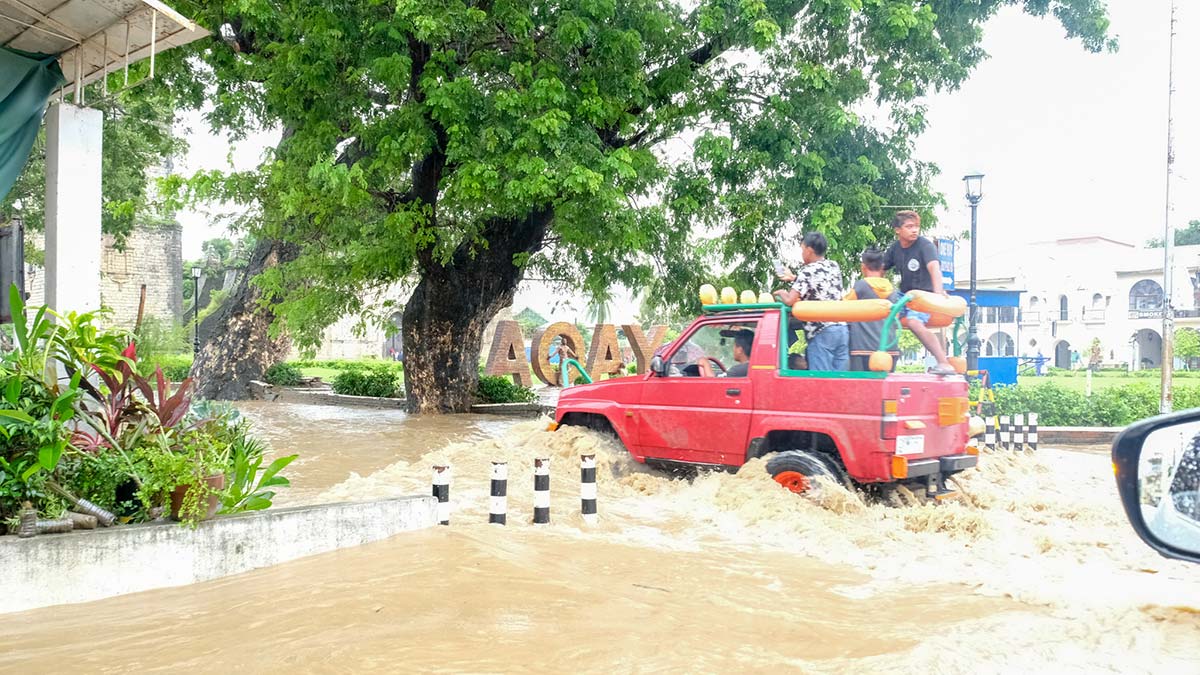 Provincial Board Member Da Vinci Crisostomo, who led the emergency session that afternoon, declared a state of calamity over Ilocos Norte through the Provincial Resolution No. 2019-08-022, after the recommendation by the Provincial Disaster Risk Reduction Management and Resiliency Council.

“Due to the nonstop rains that caused severe floods in most areas of the province, nearly 110 barangays, including 4,595 families or more than 18,000 individuals have been affected,” Ilocos Norte Governor Matthew Marcos Manotoc said in a memorandum released on Saturday.

The governor also suspended work in government and the private sector on Sunday, Aug. 25, “to give way to the task of clearing roads and ensuring transportation safety before regular operations resume.”

The local government of Laoag City and of the town of Vintar have already declared a state of calamity, as residents fled to higher grounds, while some were rescued from their flooded homes.

Farmers in barangay Diator, Vintar reported that at least a dozen carabaos and cows drowned in the flood waters that swelled even into areas not considered low-lying.

There are at least two reported deaths. Teenager Pauline Corpuz was killed while two other minors were injured in a landslide that pinned their house in the town of Pasuquin. The other fatality was identified as Ricky Manglanlan of Laoag City who was swept by a strong current of floodwaters after he rescued a family from a low-lying area.

A total of 1,750 relief packs containing rice and canned goods have already been stored in seven sites through the Provincial Social Welfare and Development Office (PSWDO), concentrating on northern towns as they are expected to be the hardest-hit by the tropical storm.

As of mid-afternoon of Saturday, the Laoag Airport Road remained passable including the Laoag-Balacad road going to the tourist town of Paoay, while the Manila North road at Barangay Nangalisan, Laoag City was flooded up to three feet which rendered it unpassable to light vehicles.

Several flooded areas in Laoag City were rendered unpassable to light vehicles including the Manila North Road particularly from Barangay Barit, to Tamuccalao Bridge 1 and 2 including at Barangay Buyon, Bacarra leading to the tourist towns up north like Pasuquin, Burgos, Bangui and Pagudpud.

One lane of the newly built Laoag City by-pass road was rendered impassable due to a landslide, but the other lane is open.

As weather improved on Sunday, Gov. Manotoc held a post-disaster management meeting in the afternoon where he revealed that the tropical storm dumped a month-worth of rainfall in just 16 hours, leaving damages in the province’s agriculture and infrastructure sector amounting to Php 589 million as of the latest record.

He announced that all national roads were already passable and that clearing operations were being done on provincial roads with the help of the Department of Public Works and Highways.

Manotoc sympathized with those affected and pledged the government’s help. “Despite all the rain, the sun is now shining. We will continue to forge ahead with a hope and solidarity as we always have,” he said. ●