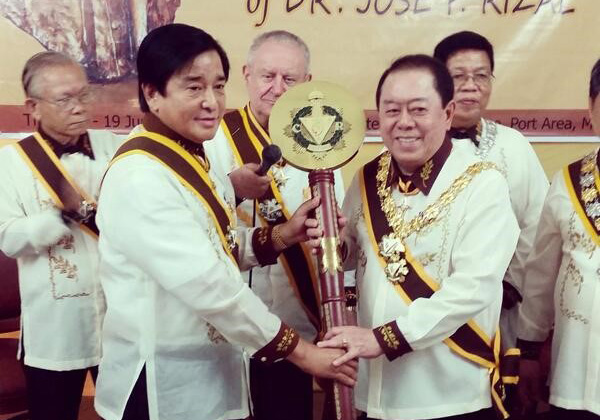 VIGAN CITY – “Congressman Eric Singson, without doubt, is a good man and with a word of honor. He will support Team BILEG as he publicly declared during a town fiesta.”

This was the pronouncement made by Ilocos Sur Vice Governor Jeremias “Jerry” Singson during a Kapihan Iti Amianan Media Forum held at his office at the Lyric Building here when asked about the possible position of the congressman in the incoming elections.

Councilor Chavit Singson will battle Edgardo Zaragosa for the mayoralty position of Narvacan.

When asked why it seems to be a family battle between the Singsons and the Zaragosas for political supremacy in Ilocos Sur, Vice Gov. Jerry Singson said: “Maybe, they want also serve and we respect that. Anybody can have that kind of ambition,” he said.

“It has divided our political leaders since Apo Chavit has endorsed Cong. DV while Ronald is his son. But hopefully, we will find a solution for that,” he said.

When asked if Ronald Singson will be joining the campaign bandwagon when the campaign period starts, he said that “they will cross the bridge when they will be there.”

“At this time, I’m sure Gov. Ryan is also confused. Cong. DV is his father-in-law while Ronald is his brother,” he said.

Vice Gov. Jerry Singson is the longest-serving public official from the Singson clan starting as a barangay captain in 1975. He next became a vice mayor of Vigan City, a provincial board member and then as a vice governor of the province. In 2014, he was elected as the International Supreme Commander of the Order of the Knights of Rizal. Just recently, he came out with his book entitled Endure, Work, Inspire (70 Thoughts of Jerry Singson), a compilation of the best speeches he delivered to different sectors, organizations and engagements as a public servant and highest officer of the Knights of Rizal. The book was launched on his 700th birthday.

Aside from these, Vice Gov. Jerry Singson is also known as the “Father of Day Care Services, Botika ng Barangay, Ukay-Ukay, Water Spring Development and Medical Missions.” The last one is carried out by his JCS Foundation.