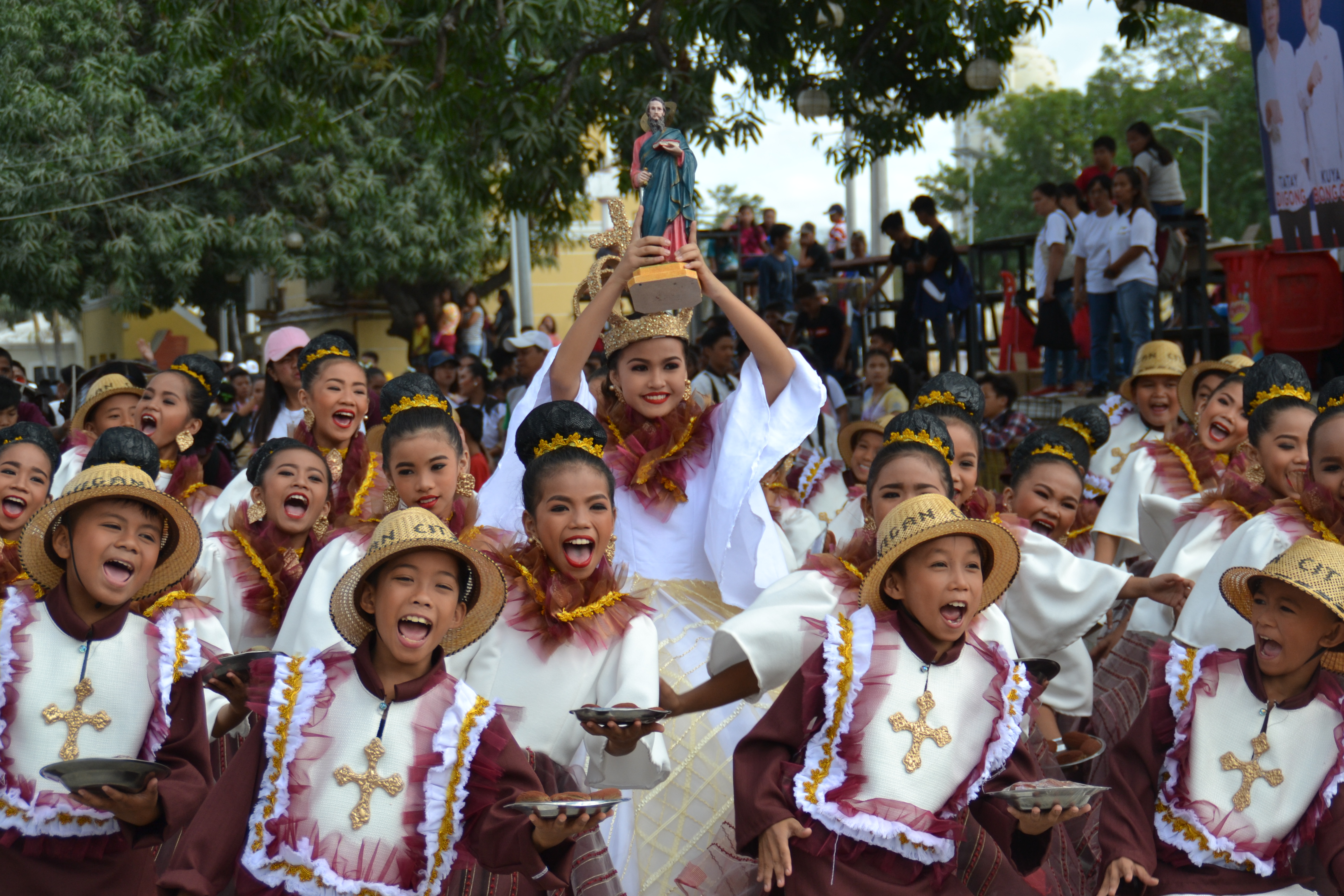 LONGGANISA STREET DANCING 2019. These elementary students rehearse their act in front of the old Rosary College turned Saint Paul College of Ilocos Sur near Plaza Salcedo in Vigan City on Jan. 22, to compete for the Longganisa Festival 2019 street dancing and showdown contest. They dance to the tune of the Festival Song, “San Pablo, Kamang ti Ili” in honor of the city patron saint, Saint Paul the Apostle. The festival is a tribute also to the longganisa industry which has sustained the economy of residents for decades now, and part of the 2019 Vigan City Fiesta celebration on Jan. 16-27, 2019. (photo/text by Imelda C Rivero/PIA Ilocos Sur)
by Imelda Castro-Rivero/ PIA1 Ilocos SurPosted on January 28, 2019January 28, 2019

VIGAN CITY – The Longganisa Fest is the Biguenos’ way to celebrate the anniversary of their city on January 22.

Why Longganisa Festival? “The longganisa industry has given the residents their livelihood for decades now, and the native sausage still sizzles hot to the modern-day generation of residents and visitors, so the industry keeps on growing and growing,” said Joanne Gutierres, the city press relations officer.

The longganisa cookfest at the foot of the Saint Paul Cathedral bell tower near Plaza Burgos gathered young chefs from junior and senior high schools, and colleges in the city, and the professionals from hotels, restaurants, and the freelancers of Metro Vigan, said Gutierrez.

The winners for the junior and senior high school category are DCCV, first; DWCV, second; and Ilocos Sur National High School, third. For the college category, DCCV got another first; DWCV, second; and UNP College of Hospitality and Tourism Management, third. For the category of hotels, restaurants and freelancers, Hotel Luna got first place; Hidden Garden, second place; and Kusina Felicitas of Grandpa’s Inn, third.

However, the participants had to abide by certain rules aside from the criteria for judging: ingredients and dishes should not be pre-cooked, sliced or marinated; preparations of the dishes until garnishing and plating are checked; all ingredients are checked before the contest; time allotted is one to one and a half hour including preparation, cooking and plating.

The Longganisa street dancing has different rules for participants this year.  Backdrops and sets are no longer allowed unlike in previous years, so with acrobatic display, risky and indecent steps or moves, irrelevant stunts, and the use of pyrotechnics and harmful props. Longganisa must be shown through drawings and paintings only. And participants must wear rubber sandals.

Gutierres stressed that participants must dance to the tune of the festival song, “San Pablo, Kamang ti Ili,” during the street dancing and showdown competitions. They must have their own live music with percussion instruments, no electric guitars or gadgets, and perform for seven minutes with two-minute preparation.