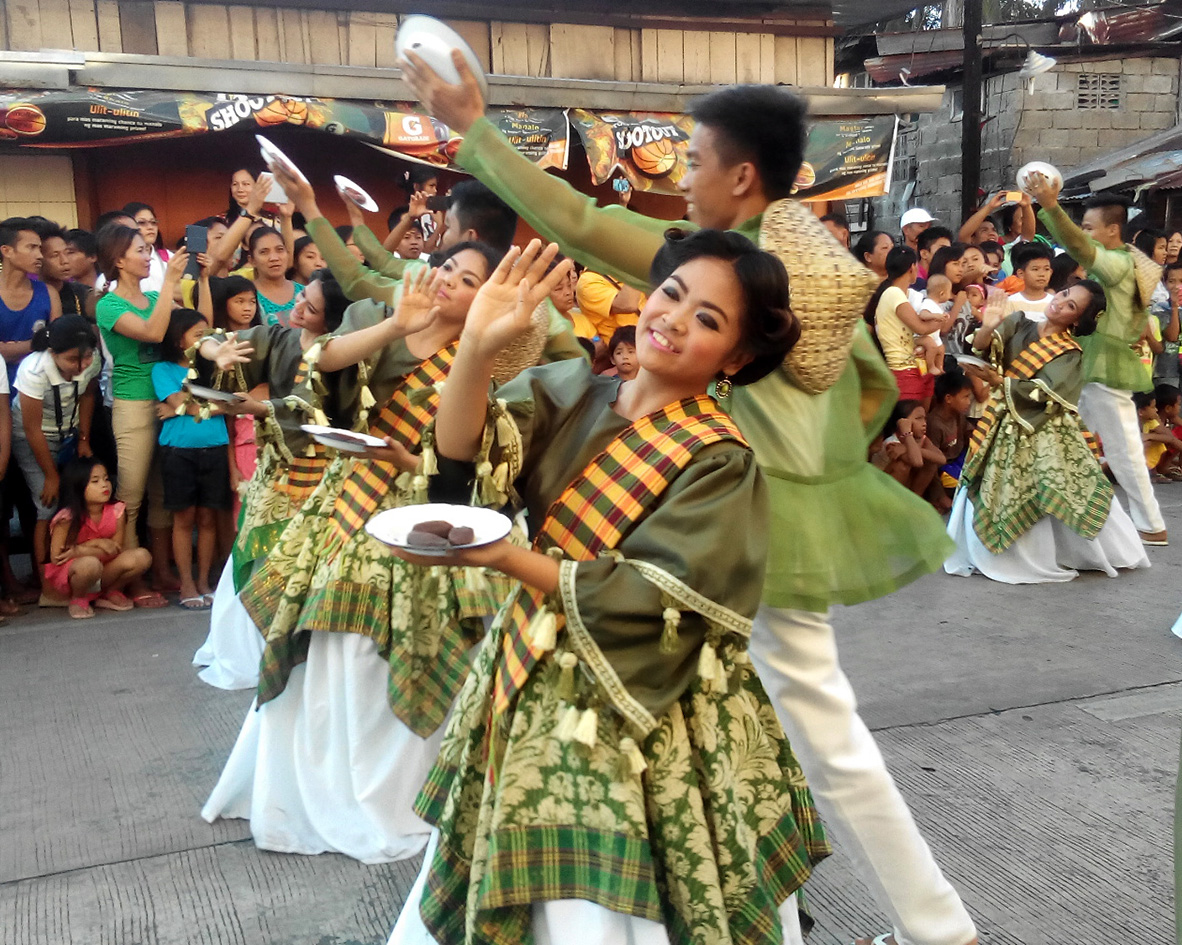 VIGAN CITY – The Heritage City of Vigan is all set to celebrate a series of, not just one, but three festivals starting next week.

The Longganisa Festival, to be held on January 22, 2018 will kick off the calendar of festivities that also include the Vigan City Fiesta on January 25 in honor of the city’s patron Saint Paul, and the Kannawidan Ylocos Festival from January 26 to February 5 to celebrate the 200th year founding anniversary of the province of Ilocos Sur.

Longganisa Festival 2018 coincides with the 17th anniversary of the cityhood of Vigan which was declared a city on January 22, 2001 with the enactment of Republic Act No. 8988.

The main attraction of the festival will be a street dancing competition to be held in the afternoon of January 22 where participants are expected to amaze tourists with their choreographed movements, colorful costumes made from indigenous materials and lively parade music.

The festival will highlight the longganisa, the popular local sausage made from pork that Vigan is known for. Other activities on that day will include a Longganisa Cookfest in front of the Vigan City Hall at 9:00 in the morning and a program to recognize outstanding City employees at 9:00 in the evening.

On January 25, Vigan City will honor its patron saint, Paul the Apostle, with a grand parade in the morning and in the evening with the coronation of Ms. Vigan 2018 followed by the Recognition Night for Bigueño of the Year.

The Kannawidan Ylocos Festival starting on January 26 and lasting until February 5 will be a grand celebration showcasing the province’s treasures of arts, crafts, traditions, customs and local products. Notable activities include:

For a complete list of activities for all festivals check the photos below. 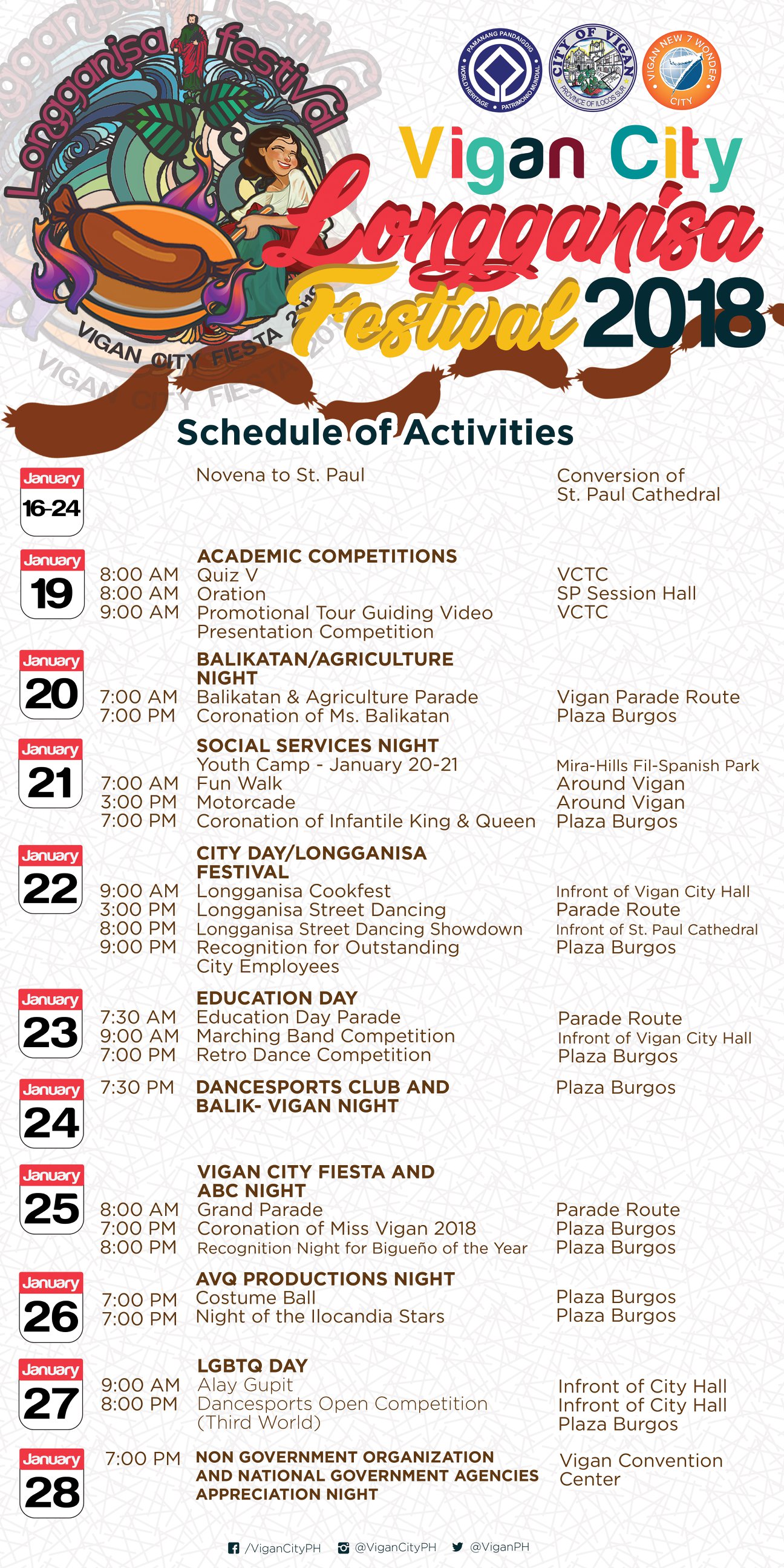