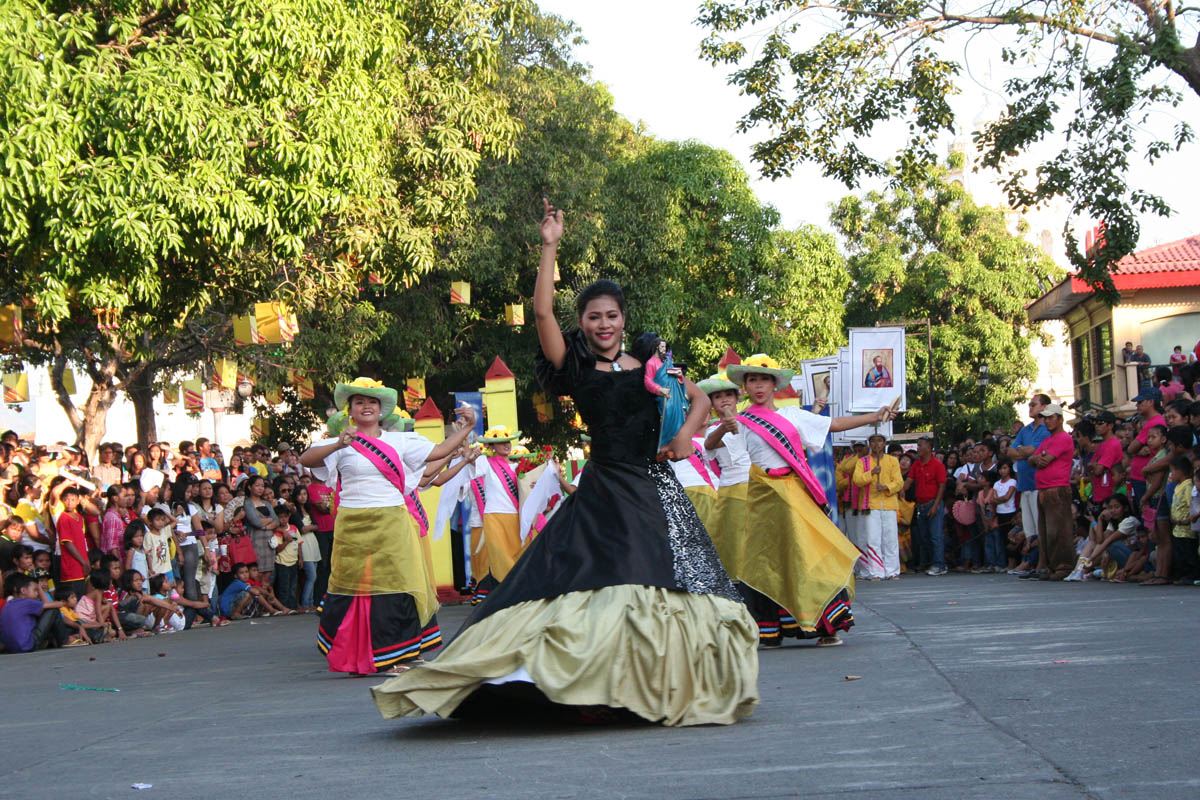 What not to miss in this week’s festivities

It’s fiesta week here in the Heritage City as Vigan celebrates the anniversary of its cityhood tomorrow Jan. 22 and the Conversion of St. Paul, the city’s patron saint, on Friday Jan. 25.

If you’re in Vigan this week, try not to miss the events we’ve listed below. They make for great photo opportunities and memorable experiences to bring home from your visit.

The Longganisa Cookfest will be held tomorrow morning Jan. 22 at the western side of Plaza Burgos next to the belltower. Get to see our local chefs prepare traditional and new recipes using Vigan’s famous longganisa (pork sausage) as main ingredient.

Tomorrow afternoon get to watch the Longganisa Street Dancing Competition where teams of students from local schools will attempt to out-best each other in synchronized dancing as they parade through the city’s main streets of Quezon Avenue, Liberation Boulevard and Crisologo Street.

The star of the street dance competition is, of course, the longganisa. Replicas of the sausage become part of the various teams’ colorful costumes, props, and on the plates that dancers twirl around and throw in the air with much skill.

We recommend watching the start of the parade in front of the city hall, when the dancers are still fresh and energetic. However, expect a lot of people crowding the sides of the street, and you might need to jostle for space.

For a more instagrammable backdrop to your photos, head on to watch the parade at the historic Crisologo Street. The street here is narrower and it might be hard to find a good spot on the sidewalk if you arrive late, so go there early. Also, some of the teams will be showing fatigue at this point and the dancing may not be as top-notch as when they started.

On the morning of Jan. 25, watch the Grand Parade as it passes through the main roads of the city. This parade may not be as colorful as the Longganisa Street Dancing, but still interesting, nonetheless.

Everybody who works for the city government will be there, from the city mayor, down to the rank and file. The city police and fire department will also march. All the city schools will be represented, and they will be bringing along their drum and lyre bands to provide marching beat. Many of the businesses situated in the city will parade their floats, and some might even throw freebies like candies, shirts, and grocery products to delight the viewers. Even the calesa association will be there, riding on horseback. You’ll also get to see the Ms. Vigan candidates. And since it’s election year, senatorial candidates and movie celebrities might even attend.

If you have friends residing in the city, try to get invited to their homes on the 25th. Like anywhere in the Philippines, the fiesta in Vigan is an occasion for residents to prepare a feast and invite friends and relatives or the occasional stranger from out of town for lunch. It’s a great way to sample local food while catching up with friends.

There are more activities than those we mentioned lined up for the whole week. Here’s a complete schedule of this year’s Longganisa Festival.

But if you cannot make it to Vigan this week, do not be sad. There’s still the Kannawidan Festival in the first week of February, Binatbatan Festival of the Arts in May, and the World Heritage Cities Solidarity Day in September.