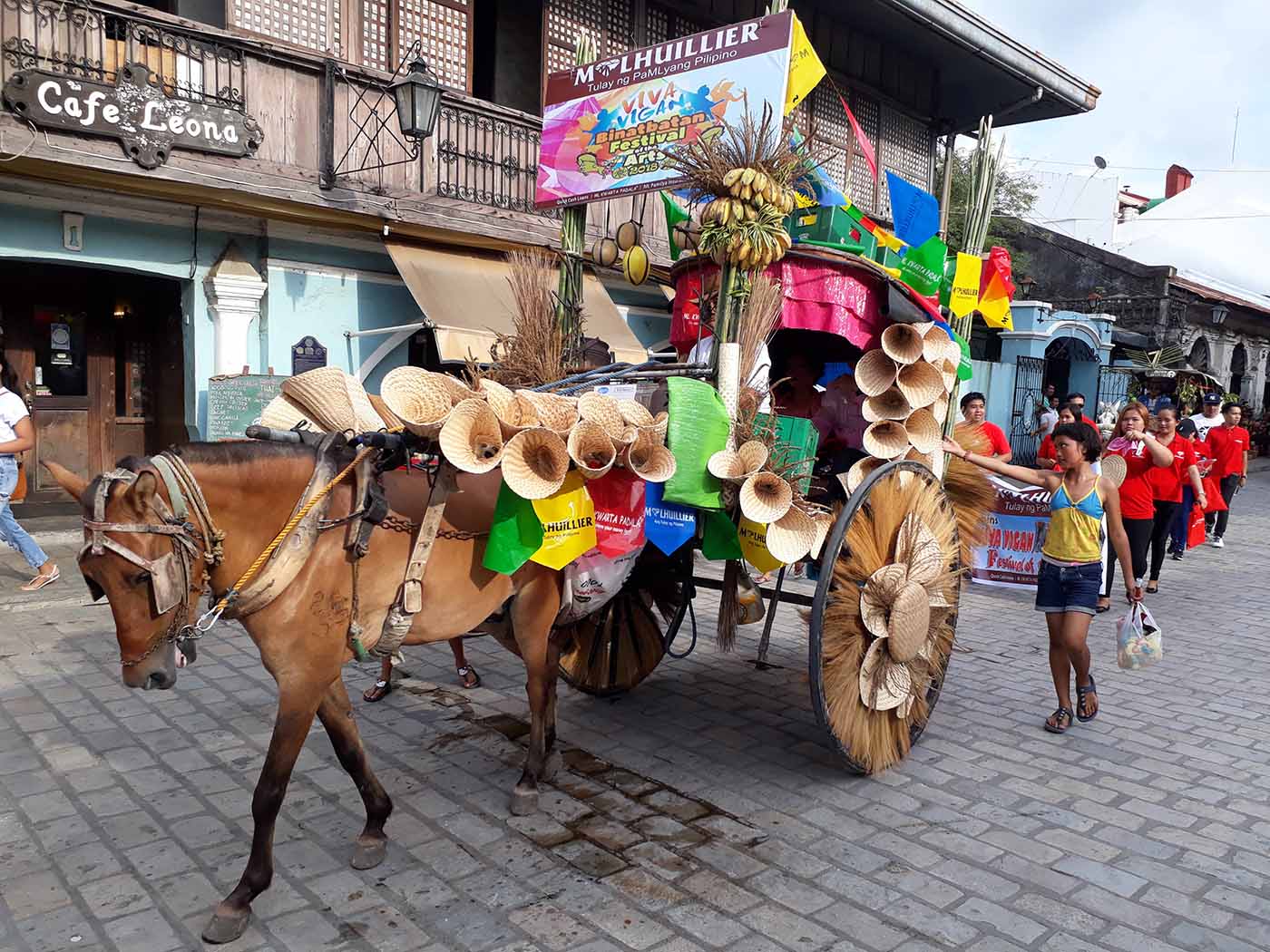 VIGAN CITY – Powered by horses, kalesas emit no smoke that pollute the city.  This is the effect of the 161 kalesas in the city’s air, said Jennifer Racsa, city public safety officer. Imagine the city’s streets all covered with motorized vehicles, especially with daily bus loads of tourists.

Considered as the tourists’ official carriage, the Vigan kalesa has traversed the city’s history. In the 40s – 80s the kalesa was the major public and private vehicle of residents and the town was free of the sound of motorized vehicles. Only the click-clocks of the horses’ feet on asphalted or cemented road were heard.

“This enduring role of the kalesa is the focus of the yearly Kalesa Parade of Viva Vigan Binatbatan Festival of the Arts where the kalesas are dressed up,” said Edgar de La Cruz, the city tourism officer. They are decorated with abel Iloco and indigenous materials such as corn husks, seeds and flowers, bamboo chicken coop, capiz, Vigan window frames, miniature Vigan house or church, Tiger grass brooms, buri fans, hats, and mats, or recyclable materials. Participating sponsors that decorate these kaleasas compete in the best dressed kalesas that must show the culture, history and arts of the city and its people.

In the parade on April 28, the second day of the festival that will end on May 4, one kalesa was elaborately designed with the façade of the Simbaan a Bassit or the Cemetery Chapel, the heart of the festival. This church is the sanctuary of the Crucified Christ called Apo Lakay, a replica of the miraculous Santo Cristo Milagroso of Sinait town that was brought to Vigan in 1882 when an epidemic killed 934 residents in a month, according to the writings of Vigan historian Damaso King. On the ninth day of the novena to the Santo Cristo, the epidemic stopped.

Other kalesas had miniature Vigan houses, papier mache jars, empanada, longanisa, and bagnet. Others have mini kalesas, Binatabatan dancers, and jars. One kalesa was adorned with tobacco plants and flowers to show that tobacco is already planted in the city. Others had chili pepper plants, marungay branches with fruits, and other vegetables on woven bamboo platters.