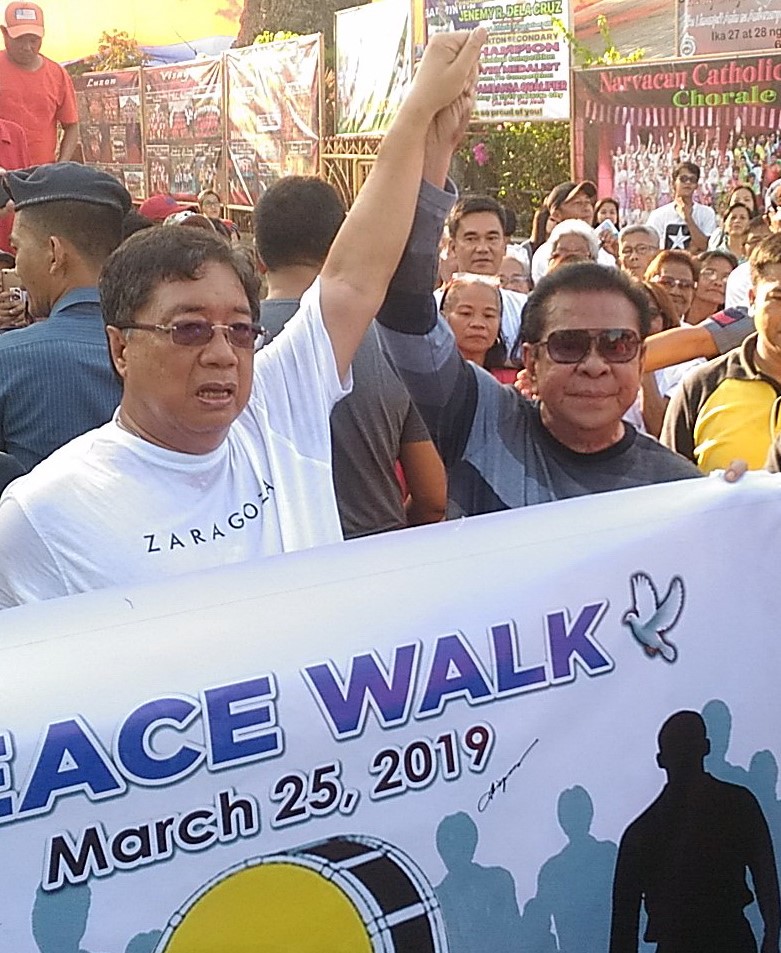 WALK FOR PEACE. Taking a break from their “word war” over social media and radio, former Ilocos Sur governor Luis “Chavit” Singson and ex-mayor of Narvacan Edgardo Zaragoza, opposing candidates for the mayorship of Narvacan, Ilocos Sur, participated in a peace walk around the public market on Mar. 25, 2019. The seasoned politicians were joined by their family and cheered on by their respective supporters. The show of unity was short-lived, however, as accusations and counter-accusations again flew from both sides in separate press conferences held immediately after the event. (photo by Edward B. Antonio)