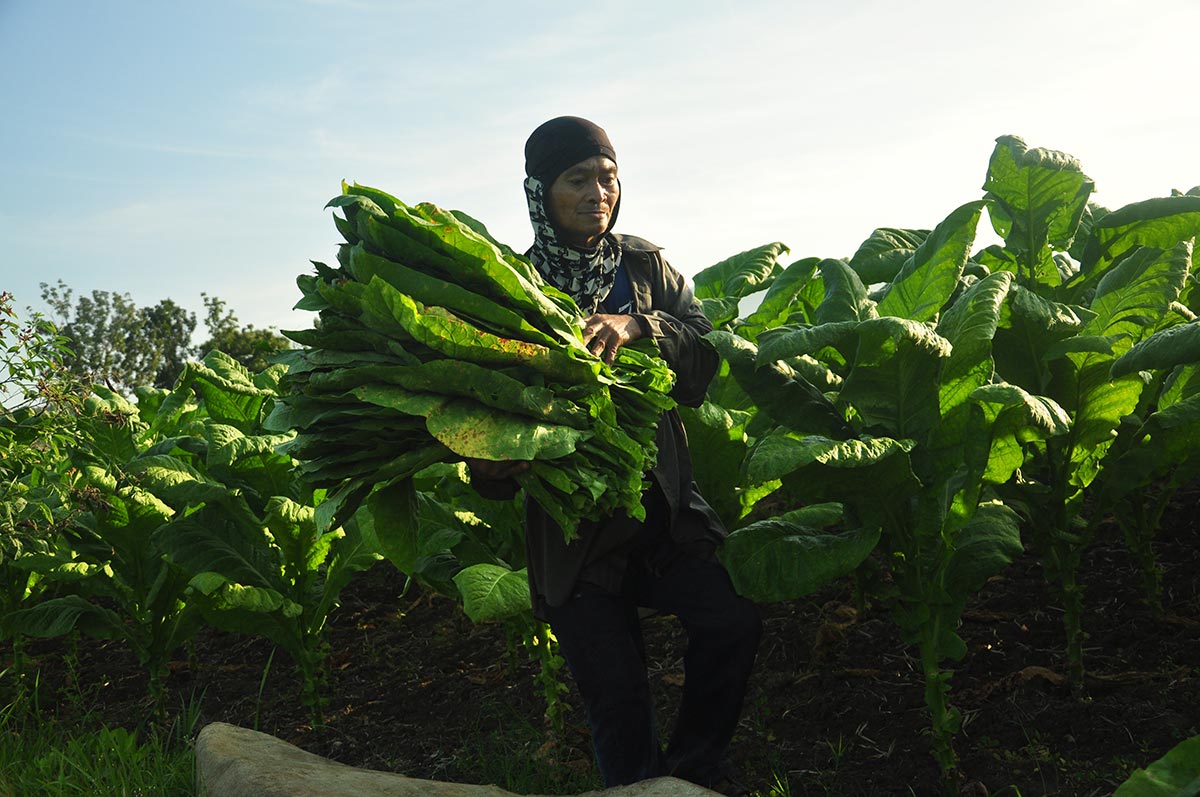 Bernard Vicente, president of the National Federation of Tobacco Farmers Association and Cooperatives (NAFTAC), is urging the NTA and local governments to act immediately on the needs of the affected farmers.

“[The damage] caused by the rains is a huge burden for farmers who have yet to recover from the impact of the pandemic. How fast and appropriately the NTA and local governments will respond, can make or break the lives of many farmers affected by these events,” he said.

The NAFTAC leader called on NTA to resolve the problem regarding the insurance coverage of tobacco under the Philippine Crop Insurance Corporation (PCIP). He said the non-inclusion of tobacco and detrimental incidents like heavy rains under the program makes them more vulnerable to bankruptcy and debt traps.

He said that while the most favorable action of the government and private sector is to condone their loans, they also welcome restructuring of loans “to give them breather and time to recover.”

Vicente said local governments should allot ample funds from their Republic Act No. (RA) 7171 share for the relief and recovery program for tobacco farmers, like alternative likelihood and greater farm subsidies for supplemental crops.

“We, tobacco farmers, deserve more than what they are giving. During these dire times, they should allot more, give what is due to us, since the fund came from the work and sacrifice of tobacco farmers,” he added.

RA 7171 mandates that tobacco-producing provinces receive a 15 percent share from the collected excise tax from Virginia tobacco products such as cigarettes. Another law, RA 8240, provides a fifteen percent allotment for LGUs planting Burley and Native tobacco from the excise tax of the products from the said variety.

Tobacco-producing provinces in the country are set to receive their RA 7171 share amounting to P14.4 billion for those cultivating the Virginia-type and P3.6 billion for the producers of the Native and Burley varieties.

In an e-mailed response, NTA Administrator Robert Seares, Jr. said NTA is talking with other government agencies and tobacco companies to create measures to ease the burden of farmers from the torrential rains and the continuing pandemic.

“This will surely lessen the production of tobacco which will heavily affect farmers. We are looking at other livelihood programs and alternative crops for tobacco farmers… and crafting long-term programs,” he said.

According to him, besides the alternative livelihood and supplementary crops, the NTA is also negotiating with the Philippine Crop Insurance Corporation (PCIC) to expand their coverage.

“Currently, only those affected by typhoons are covered by it but we are looking at widening the coverage. Our legal team and the NTA board are working on it,” he said.

The agency has also talked with tobacco companies providing production loans for farmers. He said ULPI has a condonation program but only to a certain limit. Meanwhile, Trans Manila, Inc. (TMI) has expressed its willingness to restructure the loans depending on the yield level of the farmers.

However, Seares explained that under the rules of the Commission on Audit (COA), the NTA has no authority to condone production loans. All they can do is restructure the payment period, extending it for an additional one to two years.

Meanwhile, the province of Ilocos Sur is planning to provide additional subsidies, such as fertilizers, for the affected farmers, said Oscar Tobia, provincial agriculture chief. The province has also requested additional assistance from the Department of Agriculture for assorted vegetable seeds, peanuts, and mung beans.

He said the province has also coordinated with ULPI for additional seedlings. In his last monitoring, the company has distributed its remaining tobacco seedlings and replanted around 70 hectares.

“Municipalities have different responses which the province is supplementing. Some have decided to provide cash assistance besides the usual subsidy and farm support,” he said.

Lazo said the losses in the province from the series of heavy downpours from January 22 to 24, and again on February 10 would send a ripple effect in the province’s economy.

Besides the decrease in the buying power of farmers, he said the extent of damage would also affect the RA 7171 share of the province.

“Lower harvest and income for farmers, he said, means their purchasing power will also be affected, and in turn impact local businesses in tobacco-producing areas,” he explained.

Lazo also noted that local governments greatly depend on the funds from their excise tax share for the provision of agricultural support and subsidies for farmers in the province. Lesser harvest means reduced share for the LGUs and possibly lesser support for tobacco cultivators.

Meanwhile, the NAFTAC and Stop Exploitation leaders said the unfortunate coming of the rains has further exposed the dismal state of tobacco farmers despite the flourishing tobacco and cigarette trade.

Vicente said that more than the reduced harvest and excise tax share; farmers are concerned about how they will be able to pay their loans since they have to borrow again cash to plant other crops. For Pugyao, farmers will remain dependent and buried in debts until the government resolves the issue of landlessness. He also noted the low price and misuse, and selective prioritization of the excise tax funds continue as factors that keep the “cycle of debt” turning.