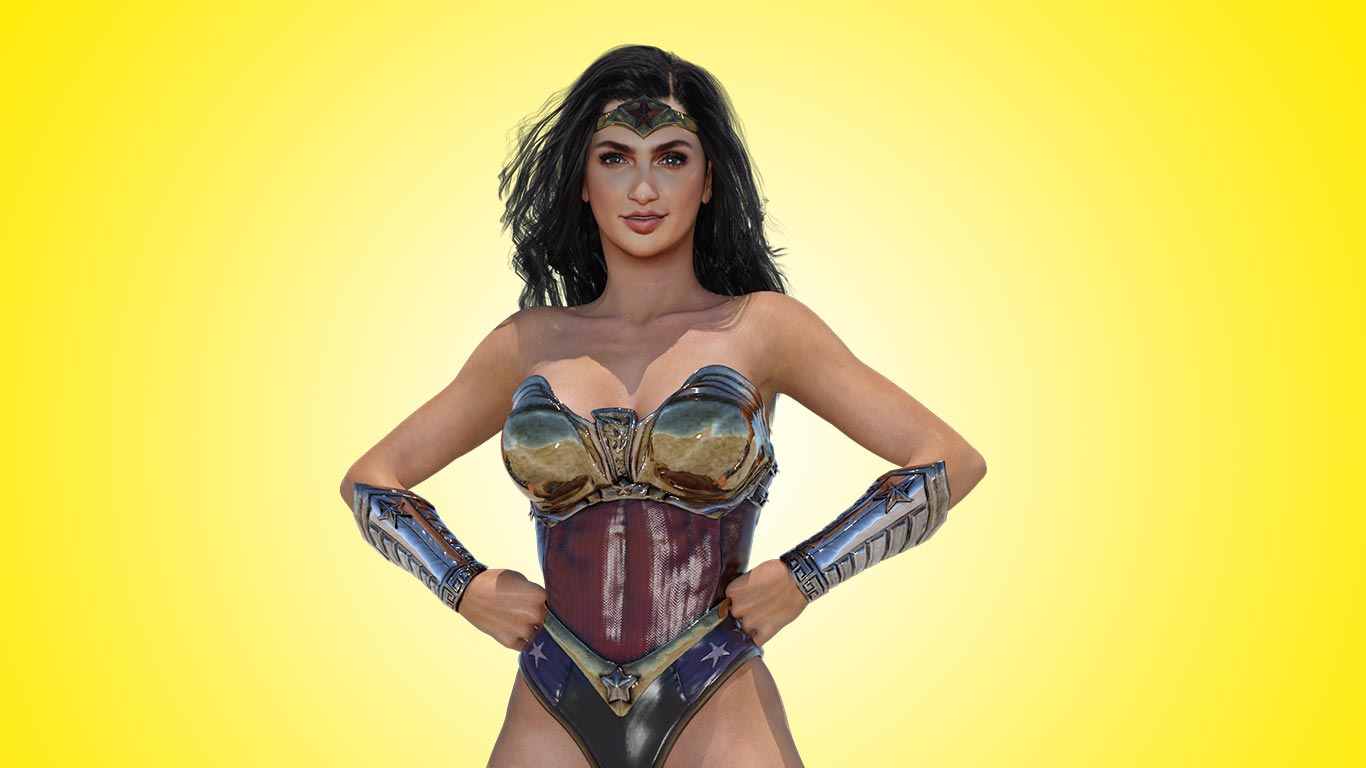 First published in The Conversation on May 25, 2017. Republished under Creative Commons license.

When the film Wonder Woman is released in early June, it will surely join the blockbuster ranks of other recent comic book-inspired film franchises, including Batman, Superman, Spiderman, and X-Men. But that’s not just because it features a sword-wielding Gal Gadot in knee-high boots and a metal bodice.

Wonder Woman has long been a bestselling creation, originally imagined in 1941 by the psychologist William Moulton Marston, and the film follows some of the main plot lines developed in the comic books.

Wonder Woman is a superheroine known as Diana, princess of the Amazons, who is trained to be an unconquerable warrior. When an American pilot, Steve Trevor, crashes on the shores of her sheltered island paradise and tells tales of a massive conflict raging elsewhere, Diana leaves her home, convinced she can stop the threat.

Though Wonder Woman was portrayed as a feminist icon in the 1940s, she is also a highly sexual character.

We can only wonder – no pun intended! – about the reasons for this imagined link between war and female sexuality. As a sexy but fierce lady warrior, Wonder Woman is hardly alone. Throughout history, cultures across the globe have envisioned and revered the femme fatale, from feline killers to sensual goddesses to sassy spelunkers.

In 3000 BC, in the ancient Sumerian city of Uruk in Mesopotamia, the first kings of human history ruled over the south of modern-day Iraq, protected by Ishtar, a great goddess of war and love often associated with lions.

Ishtar would reveal the kings’ enemies and accompany them to the battlefield. It was said that she fought like an unleashed lioness protecting her young – in this case, the Sumerian people. Like Wonder Woman, Ishtar’s sacred duty was to defend the world.

She could also be sensual. More than merely worship the goddess, the Kings of Uruk claimed to be Ishtar’s lovers, who, according to royal hymns of the era, would enter her bed and “plow the divine vulva”.

For the king, receiving sexual and military favours from a goddess served his political agenda, legitimised his reign and made him into an exceptional hero for his people. In the Wonder Woman film, this role is filled by the American pilot.

References to divine lovemaking are also found among ancient Palestinians, Babylonians, though scholars can’t confirm what was really going on in those temples.

What’s more sexy than a powerful woman? Taming her, of course.

In ancient Egypt, the most fearsome goddess was named Sekhmet. Like Ishtar, she had two sides – fierce beast and loving companion.

Sekhmet was often portrayed as a terrible lioness, the butcher of the Pharaoh’s enemies. At times, though, she would transform into an adorable cat named Bastet.

Today, the feline is still symbolic of female sexuality. Catwoman, another comic book heroine, was born a few months before Wonder Woman (not that a lady reveals her age) and is the most contemporary avatar of a feline woman.

With her curves and her bondage fetish, Catwoman has always been hypersexual, though some critics regret that her sexuality – not her intelligence – has become her greatest asset these days.

Warrior women with sexual natures are also found among the ancient Greeks.

Their myth of the Amazons tells of a Mediteranean kingdom in which it was women who fought and governed, while the men were relegated to domestic duties. Marston’s Wonder Woman comic invokes the Amazons’ city, Themiscyra, and the name of their queen, Hippolyta.

He embellished his ancient Amazonian setting with details from the legend of the women of Lemnos, in the Aegean Sea, adopting the isolated island idea as Wonder Woman’s home.

According to the Greek story, the women of Lemnos had revolted and massacred all the men on the island, young and old. Living in a forced sexual abstinence, the ladies were delighted when sailors unexpectedly landed on a local beach. They immediately set upon the Argonauts, a team of beautiful and famous mythological heroes that included Hercules and Theseus, compelling them into long orgiastic intercourse.

The sex-starved but unattached women theme is another favourite male fantasy, offering imaginary satisfaction of sexual scenarios that may be difficult to realise in real life.

By the late 20th century, Lara Croft came along to update the idea of the Amazons and the ladies of Lemnos. Croft, an English archeologist-adventurer who started life as a character in the 1990s video game Tomb Raider, was the ultimate virtual-reality dream girl: she is an expert in martial arts, great with a gun and super smart.

Plus, she always leaves the guys wanting more. Reincarnated on the big screen in 2001 by actress Angelina Jolie, Croft often gave the cold shoulder to her male counterparts. Later sequels featuring Alicia Vikander continued to pitch Croft as a sex symbol while bolstering her feminist credentials.

Women and weapons, the ultimate fantasy?

The new Wonder Woman film seems to have made a careful choice of actress, looking beyond just a pretty face and a remarkable body. Gal Gadot has both of those, but she’s a lot like the heroine in other ways, too.

Voted Miss Israel in 2004, Gadot was also a sports coach in the Israeli army. In a August 2015 interview with Fashion magazine the actress, who was then 30, affirmed that her military experience prepared her well for a Hollywood career.

On screen and off, the ancient link between femininity, sexual attraction and the military, seems to still be going strong today. Everything from Wonder Woman and the Instagram account of Israeli soldier-cum-amateur model Maria Domark to the rise of a new sub-genre of lady warriors in Asian cinema and, of course, American weapons catalogues, confirms the old masculine fantasy associating pretty faces with guns.

The new Wonder Woman film channels all this history. Pop culture attempts to showcase the heroine as a feminist cannot counteract thousands of years of global sexual fantasy. But you can bet it’ll be a hit at the box office.

This article is republished from The Conversation under a Creative Commons license. Read the original article.