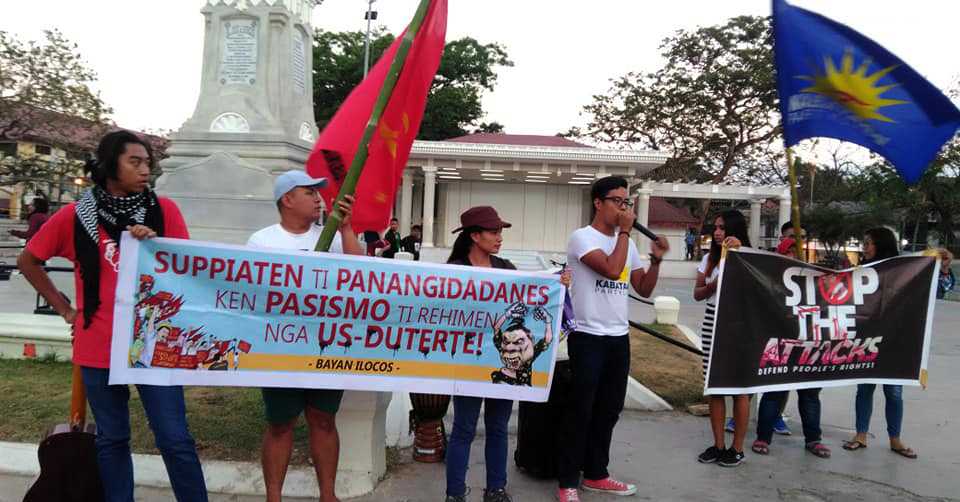 VIGAN CITY — Youth organization Anakbayan Ilocos released a statement in response to a news report about officers of the Philippine National Police warning high school students against joining groups that may be acting as fronts of the Communist Party of the Philippines.

A news story published in this paper on July 29 revealed that officers of the PNP San Juan, Ilocos Sur, speaking at a forum organized by the student government of San Juan National High School (SJNHS), warned the audience composed of student leaders to be wary of individuals inviting them to join their group “for they might be leftists who are frontliners of the New People’s Army.”

In an open letter posted on July 31 in the official Anakbayan Ilocos Facebook Page addressed to the youth and citizens of Ilocos Region, the youth organization denounced what it perceived as “red-tagging” of legitimate organizations by the government.

The open letter, written in Filipino and authored by Jennybeth Mariano, Secretary General of Anakbayan Ilocos, stated that this incident puts the lives of their members at risk.

On December last year, President Rodrigo Duterte signed Executive Order 70 creating a national task force and a “whole-of-nation approach” against communist insurgency in the Philippines. Anakbayan Ilocos claims that the incident at SJNHS was an expected result of the EO, aimed to suppress even the legitimate organizations who are critical of the administration.